The post-pandemic real-estate landscape – from Miami to Mallorca

We’ll send you a myFT Daily Digest email rounding up the latest Property news every morning.

The career-spanning Cézanne exhibition at London’s Tate Modern is attracting crowds, as is the landscape of his birth. According to Knight Frank, prime residential sales in Provence in the first half of 2022 are up 28 per cent compared to a year earlier, with particularly strong demand from international buyers.

Offering good value compared to the neighbouring Côte d’Azur, the region also benefits from recent tax changes working in favour of second-home owners. Plus, a classic Provençal mas in towns and villages like Ménerbes, St-Rémy, L’Isle-sur-la-Sorgue, Gordes (where Knight Frank is selling a seven-bedroom house for €2.35mn) and, of course, Cézanne’s native Aix-en-Provence, is not only generally more affordable but remains as pretty as a picture.

According to estate agent Savills’ Impacts Report 2022, Lisbon is currently a top landing spot for corporate nomads. The index monitors 15 destinations popular with people whose work takes them abroad – in particular those dubbed digital nomads – ranking them in terms of free movement, sunshine hours, speedy internet and high-spec square footage.

Connectivity, of course, is key, as is rapid transit to London, New York or Geneva for board meetings. Lisbon wins out over competitors such as Barcelona, Miami, Dubai and Barbados, not only because of its developing tech sector, low pollution and sea-city blend but also because of its tax benefits for “non-habitual residents”.

Young professionals typically rent a city-centre flat in fashionable areas such as Alcântara (where Savills is selling apartments starting from €275,000), while families looking for homes near international schools favour Cascais (Cluttons is selling a five-bedroom villa with pool, for €3mn).

Countries popular with foreign investors were reluctant to introduce “cooling” measures during the aftermath of Covid, but Canada has been an exception, and here the government intends to impose a two-year ban on foreign buyers from January 2023.

Canucks can afford to be picky – their country is regarded as one of the safest in the world, with excellent healthcare and education, attractive urban living, easy access to world-class skiing and a geopolitical-proof energy system. But determined buyers should still be able to hit the purchasing deadline for properties such as a three-bedroom apartment on Vancouver’s West Georgia Street, C$7.398mn (about £4.75mn), or an imposing five-bedroom family house in Toronto’s Teddington Park, about £8.3mn, both for sale through Sotheby’s International Realty Canada.

The dollar hit a 20-year high this autumn and American buyers appear to have gone on a Europe-wide spending spree.

As well as traditional dream locations like Paris, Venice and Tuscany, which combine culture with connectivity, they’re expanding their interest into popular sunbed hotspots, such as Mallorca, Sardinia and the south of France, viewing a wisely selected international property portfolio as a sound hedge against inflation.

US buyers currently enjoy a 16 per cent discount when buying in any of the 19 Eurozone countries compared to July 2021, but the UK is an even better bargain, with the pound-dollar relationship at a historic low. According to London Central Portfolio, those purchasing in dollars in prime central locations such as Marylebone and Mayfair (where recently launched 60 Curzon, is offering two-bedroom apartments from £10.7mn) will enjoy an effective exchange-rate discount of 12 per cent.

Urban living has renewed worldwide appeal. According to international estate agent Knight Frank, which monitors house prices in 150 cities, 66 have seen an average increase of more than 10 per cent over the past year.

And despite recessionary fears, rate rises and geopolitical concerns, their analysis shows that the current slowdown will mostly impact property in lower price brackets, particularly in markets driven primarily by local demand. Dubai led the luxury residential rankings with a 64.8 per cent rise, but American cities appear to be particularly robust, with agents in Miami, San Francisco and Los Angeles (where Knight Frank and Douglas Elliman are selling a five-bedroom house in Beverly Hills for $42mn) witnessing growth of over 20 per cent. 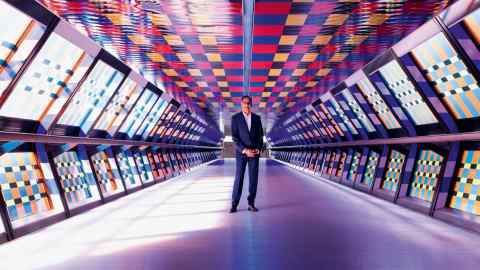 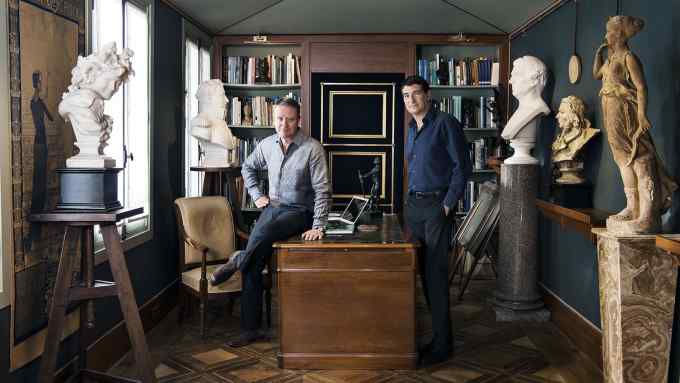