If shock is the first response to a tragedy, the second is a determination to stop it happening again.

The Grenfell Tower fire — the 2017 blaze in a London residential block that killed 72 people — prompted global attention and sympathy. It also served as a wake-up call for regulators and governments worldwide.

Now an alliance of more than 80 organisations has agreed on a set of fire safety standards that can be applied to buildings anywhere in the world. The Common Principles of the International Fire Safety Standards (IFSS) Coalition were presented to the UN last month, and, if adopted, will be recommended to the organisation’s 193 member states.

Comprising professional architecture, construction and fire safety bodies from countries around the world, the IFSS Coalition was set up in July 2018 in response to the British disaster. Among the flaws exposed by the fire were inadequate evacuation procedures and malfunctioning fire doors, as well as flammable exterior cladding.

For the first time, fire safety standards will allow us to set minimum levels of safety throughout the world in both developed and developing nations

“The Grenfell Tower fire opened everyone’s eyes to the danger of using flammable material on buildings and demonstrated the need for a coherent and international approach to fire safety,” says Gary Strong, RICs global building standards director and chair of the IFSS coalition.

He believes that the IFSS principles will help reduce the likelihood of fires starting, prevent fires from spreading quickly and enable people to plan effective escape routes. “If the UN adopts the standards then we are halfway to achieving what we have set out to do — create global standards,” Mr Strong says.

In recent decades, economic development and urban growth have boosted demand for high-rise structures around the world, but until now there have been no global fire safety standards, only national regulations. While the IFSS Coalition does not envisage its principles replacing existing local codes, it hopes that they will make clear any gaps and provide a framework for new rules — which will be needed as building technology evolves.

“Multiple differing standards has meant that for too long there has been no single authoritative way to work,” Mr Strong says. “But for the first time at a global collaborative level, fire safety standards will allow us to set minimum levels of safety throughout the world in both developed and developing nations.”

Jane Duncan, chair of the expert panel on fire safety at the Royal Institute of British Architects, agrees. “The world is a very small place when it comes to construction projects, with design, supply and construction teams working worldwide,” she says. “The consequences of the IFSS adoption will be a level playing field for all designers and constructors, wherever they are.”

She adds that the principles will provide reassurance to building developers, occupants and insurers. “Fire does not distinguish between countries or buildings, and neither should our industry standards,” she says.

But while better standards may ultimately reduce costs, by removing the need for later remediation and by making insurance premiums cheaper, the short-term picture is different. Last month the UK housebuilders Bellway and Sir Robert McAlpine revealed that they had set aside £88m and £13.5m respectively to cover remedial safety work.

Meanwhile the UK government has allocated more than £1bn to deal with unsafe cladding on both private and social housing, though progress in disbursing it has been slow. That has left many high-rise homeowners unable to sell because mortgage lenders often refuse to advance loans where there are concerns over cladding — even in cases where cladding has been removed.

“To issue a mortgage on any apartment that might have flammable cladding, lenders need to be satisfied the building is safe,” says John Baguley, tangible assets evaluations director at the Royal Institution of Chartered Surveyors (RICS, which is also part of the IFSS Coalition). 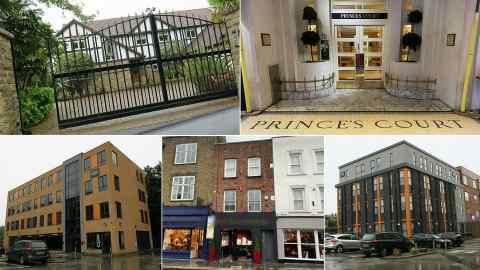 But some landlords and homeowners say that they still face difficulties selling high-rise properties, with a recent Guardian article highlighting a shortage of EWS1 inspectors. Campaigning organisation the UK Cladding Action Group says that having to remain in unsellable and unsafe flats — particularly during periods of coronavirus lockdown — has taken a heavy toll on residents’ mental health.

“It is tragedy that has often compelled legislative changes,” the IFSS Coalition says in the introduction to its new fire safety principles. “To continue in such a way is an abnegation of responsibility of first magnitude.” For the many people still dealing with Grenfell’s repercussions, change cannot come soon enough. 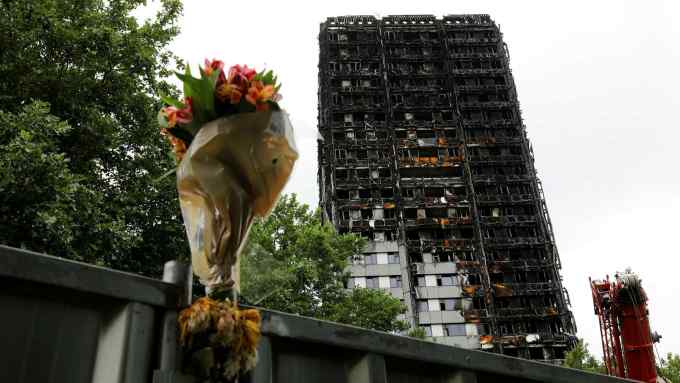