Indulge in some first-class reading this season

William Eggleston’s colour-drenched shots of everyday scenes have influenced everyone from Juergen Teller to Martin Parr. Drawing together 5,000 Kodachromes and Ektachromes from his archives, this reprint of a monograph first published in 2011 presents Eggleston’s early experimentation with colour and composition and his mastery of the poetic snapshot. Steidl, €380

Conceived over four consecutive summers, this new book from London-based photographer Brett Lloyd documents the course of a day in Naples, a city he fell in love with after first visiting in 2010. Spanning 135 black-and-white shots of seaside scenes, from fishermen with their morning catch to young, bronzed scugnizzi, the book is a printed paean to the southern coastal city and its people. Mörel Publishing, €85

Comprising street photography, portraits and landscapes, with accompanying essays by Lauren Santo Domingo, co-founder of Moda Operandi, and Colombian designer Johanna Ortiz, this new book is a love letter to the vibrant Colombian port city and its people. “Cartagena never stops impressing me,” writes Ortiz, “perhaps because of its persistent air of greatness, which is summed up in its nickname, La Heroica”. Assouline, £70

For more than three decades, Austrian-born photojournalist Ernst Haas documented the American west, seeking out the vast, mythical landscapes that fascinated him as a child. From barren, dusty roads and rolling prairie to the dazzling lights of Las Vegas, these richly saturated images offer a poignant portrait of the western frontier and a celebration of one of the pioneers of colour photography. Prestel, £36

No Signal – Living in the Heart of Nature by Brice Portolano

Between 2015 and 2020, Brice Portolano travelled from the remote corners of Alaska to the highlands of Iran to document the daily lives of people living at the edge of the world. From a lighthouse keeper in Norway to a reindeer herder in Mongolia, the resulting series offers a captivating portrait of 10 extraordinary individuals living off the grid. TeNeues, £35 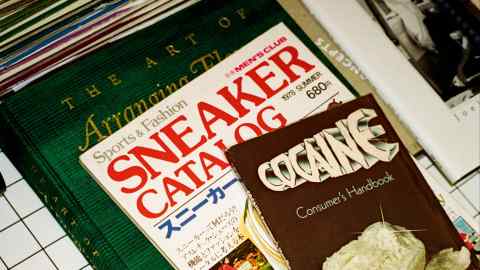