When Tesla started production of the Model S saloon in 2012, the start-up had fewer than 3,000 employees. Chief executive Elon Musk had the luxury of beginning with a blank page, to hire just the specialists he needed and to even risk complete failure in his quest to launch the first successful electric-only car brand.

One former Tesla executive compares Mr Musk’s approach to risk with Hernán Cortés, the Spanish conquistador. “When he came to Mexico and quite of few of his men said they should go back home, he destroyed his ships. There was no way back,” the former executive says. “There’s only one way, and it’s forward. Success or die . . . That’s the strength, but it’s also a risky strategy.”

Incumbent carmakers are hardly drawn to this “bet the company” approach. The risks are simply too high. In Germany alone some 800,000 people work in the automotive industry and the Ifo Institute last year estimated that up to 600,000 of these jobs would be at risk if the internal combustion engine died.

However, all incumbent carmakers acknowledge that electric cars are the future, at least in the medium-term. Customer preferences are becoming greener and increasingly stringent regulations will make it necessary for electric cars to be a substantial part of their fleets in the coming decade.

In Germany, Volkswagen, BMW and Daimler appear to be adopting the same strategy, as each has earmarked billions of euros for electric technology and pledged that up to a quarter of their fleets will be electric by 2025. But the roads they are taking are actually quite distinct, reflecting profound differences that “will re-sort the carmakers in profitability,” says Christian Senger, head of the e-mobility line at the VW passenger car brand. “Those who [take] the hardest road will be more successful than the others,” he adds.

The rift that has emerged is whether electric cars should be built using the same architecture as conventional vehicles, or produced on new, bespoke platforms. Enormous differences in profit could be at stake. Some analysts estimate that as much as half of global carmakers’ R&D budgets are spent on platform development.

The predicament is how to produce electric cars optimally, giving them the best range and styling without over-spending on a technology that may or may not upend existing facilities devoted to cars powered by internal combustion engines.

This is a not a dilemma Tesla ever faced. Among its early competitive advantages was a vehicle architecture built specifically for an electric car. Its Model S saloon was designed to house large batteries that would give it the longest driving range possible. When it debuted in 2012, the middle-of-the-range Tesla model could drive for 335km— a range many rivals even in 2018 fail to match.

Today, though Tesla struggles with mass production of its Model 3 car, it sells variants with ranges greater than 500km. Recent controversy over an aborted proposed attempt by Mr Musk to take his company private, however, has compounded concerns over Tesla’s rate of cash burn and debt position.

As the world’s largest carmaker, Volkswagen is using its scale advantage to go “all-in” on electric cars. Earlier this year it announced it had awarded €20bn worth of contracts to secure battery supplies as part of a plan to introduce 50 pure-electric models by 2025.

The massive investments are in part an acknowledgment that its current line-up of electric cars fall short of competing with Tesla on range, acceleration and other measures.

As VW executives see it, the problem is that the company has been producing electric cars with an “assembly toolkit” tailored for petrol and diesel vehicles. The e-Golf and the e-Up, introduced in 2013, were in effect existing models stuffed with batteries but, even today, the best versions have a top range of 300km.

“To make it a fully fledged electric car, you need to start with a battery pack between the wheels and then you build up the car,” Herbert Diess, chief executive of the VW Group, told the FT at the Geneva car show in April. “Then you have an effective battery system, the range, and you get a lot of freedom for the design of the car, to make more interior space with the same footprint.”

The first VW model designed this way, the ID Neo, comes out late next year and features a range of up to 600km. They will be built at VW’s production plant in Zwickau in eastern Germany, which will be transformed into an electric-only plant to produce up to 1,500 cars per day. The Neo is the first of several models due in the coming three years from ID, an electric-only marque.

BMW, by contrast, is accelerating in the opposite direction to bring out 25 electrified models by 2025, including 12 pure electric versions.

While VW is focusing on “bespoke architecture” to create electric cars, the Munich-based luxury carmaker touts the merits of “flexible architecture” that can accommodate conventional, hybrid or electric engines. BMW’s plan is to enable customers from 2021 to order any BMW and specify what sort of engine they want.

“We can’t afford having two factories standing still,” says chief executive Harald Krueger. “With a flexible approach you can always manage the capacity of your plants. But if you have a specific EV architecture, what do you with the old one? What do you do with the people?”

Daimler, which is spending €10bn to launch more than 10 electric models by 2022, is taking a third approach: Like VW, the Mercedes parent is designing purpose-built architecture for its EQ marque of electric cars. However, like BMW, its production plants are being set up to accommodate all types of powertrains, including hydrogen fuel cell cars.

“We have hybrids, plug-in hybrids, electric cars and maybe robo-taxis tomorrow,” says Daimler production chief Markus Schaefer. “It’s hard to predict volumes for the best way in an uncertain world, so this is the most efficient approach to supply the market.”

Analysts are uncertain which path is best. The more cautious approach of BMW and Daimler could respond better to varying demand across geographies, particularly if the combustion engine survives longer than anticipated.

Earlier this year, for instance, technology group Bosch claimed it reached a breakthrough to cut nitrogen oxide emissions from diesel-engine cars by a factor of 10. “If this is true, then the introduction of e-mobility would be pushed out a bit and BMW’s approach would be more attractive,” says Christian Ludwig, analyst at Bankhaus Lampe.

However, others think the flexible approach is simply too complex in both design and production.

“I don’t see how they can consolidate traditional platforms, from small hatchbacks to large SUVs, and at the same time try to include EVs into the equation,” says Julie Boote, analyst at Pelham Smithers. “That’s incredibly complicated.”

VW’s approach, more akin to Tesla’s, reflects the fact that it is a mass-market carmaker which could thrive if demand for electric cars soars “You do not survive in compromises,” says VW’s Mr Senger. “If you do this with a half-heart you’ll end up with huge losses.”

Still, even if electric cars take over from conventional cars, less clear is when and where. If the shift is slow, flexibility could be key.

“Most carmakers proceeding with EVs are following an ‘If you build it, they will come approach,’” says Max Warburton, analyst at Bernstein. “If you have a dedicated EV platform and the demand doesn’t come, you’ve lost a lot of money.” 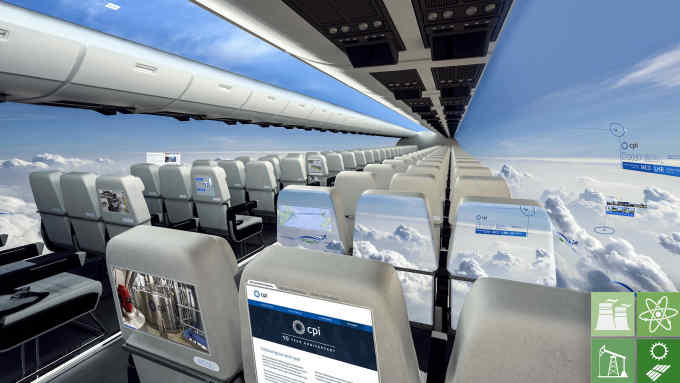