As a child, Ganga Chaudhary, a New Delhi 20-year old, dreamt of a flight attendant career. But two years ago, she saw a local newspaper advertisement about training to become a dialysis technician. She now works at a small private hospital and earns Rs17,000 a month ($237).

Job opportunities in healthcare are common. India’s healthcare sector may be booming but it faces a chronic shortage of skills. The country has a basic need for more doctors, with only one government doctor for every 10,189 people. It also needs an additional 18.8m ancillary workers such as nurses and technicians for the operating theatre, radiology and dialysis to meet the growing demand for accessible healthcare.

The government, through its National Skill Development Corporation, is trying to address the shortfall by providing incentives and accreditation to private institutions to train young Indians. They include Vivo Healthcare, where Ms Chaudhary was trained; the Virohan Institute; and Apollo Medskills.

Virohan’s training centres take a gamified approach to teaching, where facilitators use pre-recorded videos to teach the students. At the end of each video, the class takes a test in the form of a quiz. “The class cannot move to the next video unless all the students have passed the test,” says Nalin Saluja, Virohan’s co-founder and chief technology officer.

Virohan and Vivo Healthcare, which has 50 training centres across the country, realised early on that skills-based training alone would not prepare students for the medical world. “By the time they complete the programmes they are confident of doing the job and also have the soft skills needed,” says Shakti Singh, Vivo’s co-founder and managing director.

Mr Singh says each training centre is located in a region where students have opportunities to secure an internship. “We go where healthcare is going,” he says. “Students get laboratory-based education and need an internship to successfully complete the course.”

Students are not, however, qualified to work at public hospitals.

Srinivasa Rao Pulijala, chief executive of Apollo Medskills — which trains 15,000 students a year — says a lack of a consensus on qualifications is adding to the problem.

Ms Chaudhary, for example, will not be able to undertake dialysis technician training at a government-recognised centre because she did not study science in her class 12 at school. Many private hospitals may also avoid hiring candidates from private centres because it might hurt their accreditation.

But he is not concerned. “In rural parts of India, sometimes smaller private hospitals are the primary care provider,” he adds.

Mr Saluja is not alone in thinking that the private sector is the solution to India’s healthcare problems.In September 2018, Prime Minister Narendra Modi’s government launched Ayushman Bharat — dubbed “Modicare” — a fully-funded health insurance scheme that provides coverage worth Rs5,00,000 ($6,975) to more than 100mpoor families. India hopes the scheme will help it achieve universal health coverage by 2030.

Individuals can receive treatment without charge at government-run hospitals or at private institutions, which are reimbursed by insurance companies.

When Ayushman Bharat was launched, many believed it would incentivise private hospitals to open facilities in underserved areas.

However, policy experts fear the country is too reliant on the private sector to deliver quality and affordable healthcare. For instance, of the more than 18,000 hospitals that are part of the Modicare network, only 3 per cent are quality-accredited or certified.

Soumitra Ghosh, assistant professor of health policy at Tata Institute of Social Sciences in Mumbai, says: “The primary goal of this [Modicare] scheme is to reduce out-of-pocket expenditure but we don’t know if that has been achieved because the government does not share the data for independent review.” In India, 92 per cent of healthcare spending comes from the patients themselves, pushing many into poverty.

“We need to utilise the skills of these alternative medicine practitioners but what the government is trying to do is create half-baked doctors,” says Dr Pulijala, chief executive of Apollo Medskills, which runs two private medical colleges. The country needs to look at models such as nurse practitioners to improve access and quality of healthcare, he argues.

Delivering healthcare is too reliant on medical doctors, says Anant Bhan, a researcher in global health and policy and adjunct professor at Yenepoya University in Mangaluru. Allied workers, such as Ms Chaudhary, need to play a much bigger role if the gaps in healthcare provision are to be addressed. 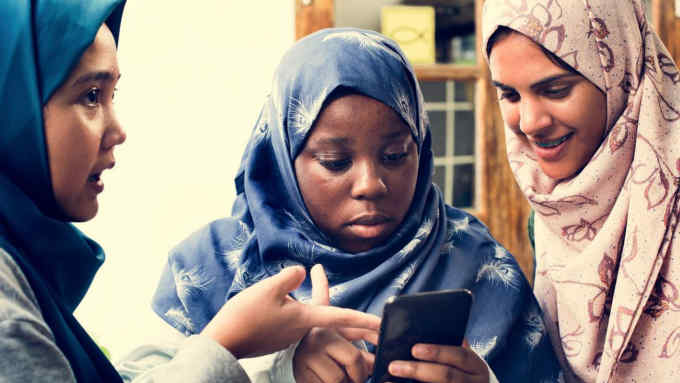