The £15,000 prize will be awarded to the best business book proposal by a young author

The underbelly of the art world, the future of education, and the growth of the military-technology complex are among themes explored in 14 book proposals shortlisted for the Financial Times and McKinsey’s 2021 Bracken Bower Prize.

The prize, first awarded in 2014, will go to the best business book proposal by an author aged under 35.

Over the years, the contest has given many younger business writers a boost towards publication.

They include Andrew Leon Hanna, a judge of this year’s prize and a winner in 2018. He has signed an agreement with Cambridge University Press to publish 25 Million Sparks, about the rise of entrepreneurs in refugee camps, next year. He says “a significant proportion” of the proceeds will go to support refugee-entrepreneurs. Jonathan Hillman recently published The Digital Silk Road, based on his 2019 prizewinning proposal about China’s growing technological footprint.

Judges will select up to three proposals from those shortlisted. The three finalists will be named later this month, when FT.com will also publish extracts from their proposals.

All the shortlisted authors will be invited to take part in a virtual masterclass with representatives from the publishing industry, who will advise them on how to bring business ideas to the bookshelves. The winner, who will receive £15,000, will be announced on December 1 at the same time as the presentation of the 2021 FT & McKinsey Business Book of the Year Award.

The shortlisted authors for the 2021 Bracken Bower Prize are:

Other winners and finalists have also had their proposals taken up by publishers. Saadia Zahidi, the inaugural winner of the Bracken Bower Prize, saw Fifty Million Rising, a book based on her winning proposal, make the long list of the 2018 FT/McKinsey book award. Meltdown, by Chris Clearfield and András Tilcsik, who won the Bracken Bower Prize in 2015, received Canada’s National Business Book Award.

Apart from Andrew Leon Hanna, the other judges of this year’s award are: Stephanie Frerich, executive editor at publisher Simon & Schuster; Jorma Ollila, former chair of Royal Dutch Shell and Nokia; and Isabel Fernandez-Mateo, professor of strategy and entrepreneurship at London Business School.

The Bracken Bower Prize is named after Brendan Bracken, former chair of the FT, and Marvin Bower, former managing director of McKinsey. The judges are looking for a proposal that provides a compelling and enjoyable insight into future trends in business, economics, finance or management. 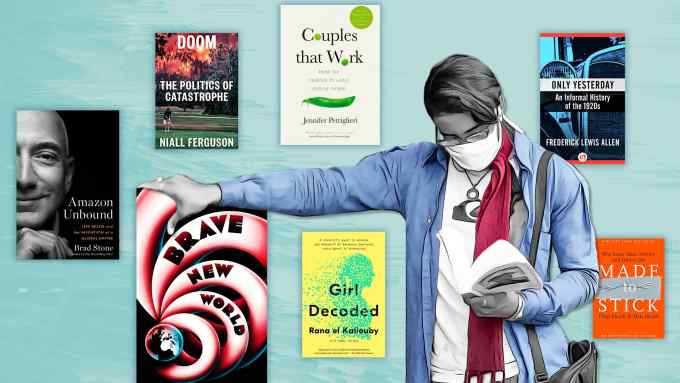