Mental ill-health costs UK employers almost £35bn a year through lost productivity, sickness absence and staff turnover, according to the Centre for Mental Health, a research and policy charity. Another study has found that more than two-thirds of people who have struggled with their mental wellbeing have never told their employer.

The survey by Opinium of 2,000 workers revealed a quarter had failed to take time off because they feared their bosses would not understand and a third said their organisation did not offer any help.

Such is the scale of the challenge for organisations such as Mental Health First Aid that provide tools to address the problem in the environment where we spend a third of our lives: the workplace.

The MHFA concept was developed in Australia in 2000 before becoming a global movement. Its training courses aim to equip workers with the skills to recognise when colleagues are suffering from mental health problems and to signpost professional help.

MHFA England, one of the 26 organisations licensed by its international parent to provide training and consultancy services, recently published its first Impact Report, drawing on its 12 years of operation. Its current Where’s Your Head At? campaign urges organisations to sign up to a manifesto calling for mental and physical health to be treated equally in the workplace.

Simon Blake, MHFA England chief executive, says his organisation has worked with 20,000 businesses and trained half a million people. Its ultimate goal, through training one in 10 of the population, is nothing less than “normalising attitudes towards mental health and creating the widespread cultural belief that things have to change, that the way we are going is not good for individuals, the economy or society as a whole”.

Blake’s background in campaigning organisations including Stonewall, the LGBT+ rights group, and the National Union of Students, has given him insights into some of the groups disproportionately affected by mental ill-health.

“We know that lots of LGBT people go back into the closet at work,” he says. “If you are not able to be open and yourself, it doesn’t matter whether you have the best programmes around wellbeing in the world. You will still have people that are ‘suboptimal’ because they are not feeling able to be open.”

Blake says if wellbeing is taken as the “organising framework”, other factors, such as zero hours, job security, gender equality and diversity in the workplace, have to be included. “You can give me the best programme in the world, [but] if I knew that I was earning 30 per cent less because of my gender I would feel really hacked off,” he says.

The young are also particularly vulnerable, says Blake. “This issue is intergenerational. We know that young people have a much greater awareness and understanding of mental health issues and are not necessarily getting the support from services.”

One of MHFA England’s aims is to set an example as an organisation. “We are going to reinvest our profits as a social enterprise in training those who work with young people, specifically looking at the sport and recreation sector,” says Blake. “We know that sports coaches, the wildlife guy, the scout leader, will often have really good relationships outside the school context, but may not have any training, may have a zero-hours contract, may be a volunteer. That is where we believe we can create the biggest impact.”

Louisa Chastney, a mentoring co-ordinator in the Careers and Enterprise department at Queen Mary University of London, is one example of someone who has benefited from the MHFA programme.

She had been struggling with social anxiety and panic attacks for a number of years and, this time last year, was close to quitting her job. “I was terrified that if I told my employer about my mental health issues, they would think I was weak, incapable, or might even want to get rid of me,” she says. “Eventually, I found the courage to speak to my line manager, who had completed the MHFA England two-day course, and she was incredibly supportive.”

Her employer allowed her to attend cognitive behavioural therapy sessions each Friday for three months. She then went on to complete the MHFA England course herself earlier this year. “I’m enjoying my job more than ever and I feel very well supported by my workplace, a complete turnaround from where I was this time last year.”

Some critics, such as Stephen Bevan and Sally Wilson of the Institute for Employment Studies warn however that “too many eggs may be being put in the MHFA basket, to the exclusion of other approaches”. There are no simple solutions, they argue. “Interventions at work to support people living with mental illness must be personalised and flexible, and no single intervention can ever work for everyone,” they say.

Blake acknowledges that MHFA is not a “universal panacea”. “It’s one part of a story, and that story has to be a whole approach to wellbeing that starts at the top [of an organisation] and goes right the way through it. There needs to be a really clear support network for the organisation, for the mental health first-aiders, and that has to involve them being able to connect with a senior manager or a sponsor for the programme.”

Workplace health schemes often lack robust evidence of their effectiveness says Bevan. Organisations can measure how many people take part in a programme “but they can’t really tell you much about whether it has made a tangible difference to important things such as productivity and presenteeism with any certainty, because there are all sorts of factors that influence that.” 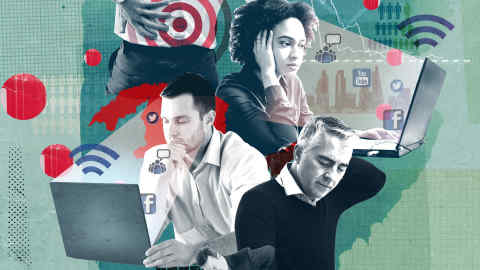 The Health and Safety Executive, the UK’s workplace health regulator, has said there is clear evidence MHFA training has increased awareness, but limited evidence it has led to “sustained improvement in the ability of those trained to help colleagues experiencing mental ill-health”. Nor is there evidence it has improved organisational management of mental health.

“The conversation about evidence is a really important one,” Blake readily admits. MHFA England is investing nearly £500,000 over the next three years in an independent randomised control trial to understand the impact on those with mental health problems, with a secondary focus on the impact on organisations as a whole.

Louise Aston, wellbeing director at Business in the Community, the UK charity that promotes responsible business, says MHFA training taken in isolation can be “a bit of a box-ticking exercise”. “In terms of lasting benefits, you go on your course, but are you going to remember it next month?” she says.

“Great mental health policies, employee assistance programmes and training all have a tactical part to play, but they not going to bring about organisational cultural change on their own,” she says. “The mental health debate needs to move on and look at the systemic causes.”

There is a growing understanding of the impact of work itself on mental health, says Laurie Heselden, health and safety policy officer at the Trades Union Congress, the UK’s umbrella group for trade unions. “Effective MHFA must be integrated with the work of workplace health and safety representatives, a safety committee and, if present, trade unions,” he says.

“It is critical to recognise that some of the sources of mental health problems, either for an individual or a group of people, can be work-related.” 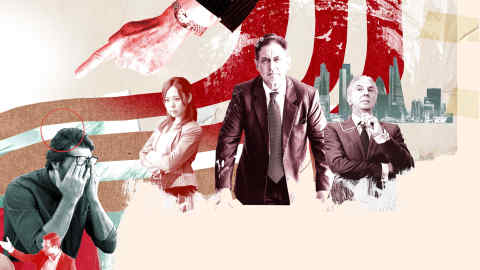 A report by Business in the Community found two in five UK workers had experienced mental health problems caused by work, notably from the pressures of hitting targets. More than six out of 10 managers said they had been forced to put their organisation’s interests above staff wellbeing, and only 13 per cent had attended specific training about mental health.

Other common causes of mental ill-health include heavy workloads, lack of control over job design, poor line management, lack of status, lack of a voice, unclear organisational goals and the insecure nature of many of today’s jobs.

“Given the level of ill-health recorded in the UK, including instances of work-related stress, employers in general clearly are not doing enough,” says Heselden. “There are obviously employers that are leading-edge and investing in this issue, but a long-tail of employers that are not, and for small and medium-sized businesses it will be challenging.” He singles out the entrepreneurial “You’re fired!” version of business presented on television as “very corrosive and regressive”.

For his part, Blake maintains MHFA England can play a key role in driving change.

“If we can get one in 10 of the population trained,” he says, “we will create that cultural shift needed which will start permeating into all workplaces and communities.” 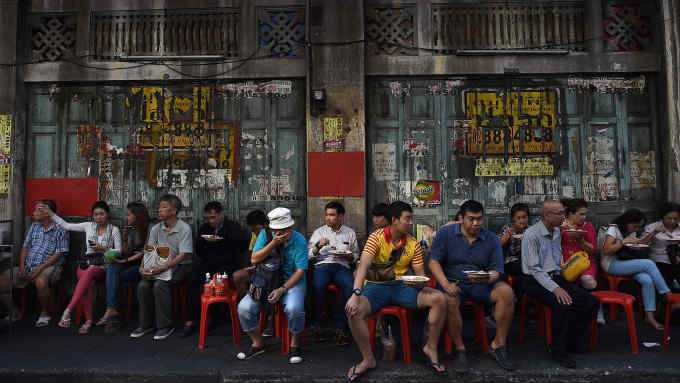