The gas that warms our homes, heats our hot water and cooks our dinner ends its long journey from the North Sea, Russia, or the Middle East at a meter in a cupboard. That measures the volume of gas flowing to our domestic appliances through its bellows, which are connected to plastic gears which turn the numerical display.

As with all measuring instruments, these meters work within tolerances which are now a surprisingly wide +/-6 per cent, as mandated by a new EU measurement directive. But a claim from Canetis Technologies — the British energy efficiency specialist, and the holder of 35 energy-saving patents — is that this standard underestimates the average error of devices connected to meters in the real world.

Canetis says that is just one of three major errors which result in Britain’s 21m domestic gas users paying an average of nearly £50 a year too much for their energy.

At a time when energy companies are coming under fire from politicians, this is a significant sum — not far off £1bn a year.

If you have never switched then changing energy provider may avoid some of the increase. But could changing the way we measure gas consumption also soften some of the blow? It really is using science to save money.

When gas flows through a meter, the measurement is overstated at low flows and understated at high flows close to the maximum the meter will bear. But in the real world, the flow is limited to about 60 per cent of the maximum. At that flow rate the error is still positive, it never gets to the high flows where it measures too little gas. Moreover, Canetis claims that modern gas devices use around 35 per cent of the maximum flow, right at the point of maximum positive error. 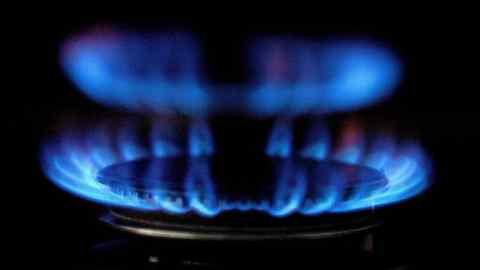 The measured volume then has to be converted into the kilowatt-hours used to price our bills. The same amount of gas — the number of molecules which store the energy released when it burns — will not fill a constant volume. As the pressure rises, the molecules are squeezed together and the volume falls. As the temperature rises, the molecules get more excited and the volume increases. So the same volume of gas at different temperatures and pressures will give different amounts of energy when burnt.

A law passed in March 1996 set the standard assumption as if Great Britain was a flat plain, 66 metres above sea level and at a constant temperature of 12.2 degrees Celsius. Canetis and other engineers claim that those assumptions are wrong.

Recent postcode data from the Office for National Statistics shows that British homes are on average slightly higher than this (and their gas meters higher still). This means that the pressure is lower, and the volume of gas greater.

Similarly, the actual ambient temperature over the year is around 12C, but most gas meters are located indoors in heated rooms. This means gas enters the meter at a warmer temperature than outside — again raising the volume. The result of both those errors is that the same molecules occupy more space. Therefore, charging by volume overcharges us for the energy stored.

Canetis says the three errors compound with billing methods to mean the average domestic gas user in England pays almost 5.5 per cent too much — equivalent to £46 per year.

The energy regulator Ofgem looked at adjusting for temperature and pressure in 2014 and concluded it “would have limited impact on improving accuracy and the costs would outweigh the benefits for consumers”. Smart meters — which measure gas flow using ultrasonics — do not include thermometers or barometers. Retrofitting them would be very costly.

David Shipworth, professor of energy in the built environment at University College London, agrees that the Canetis research raises interesting questions but says he does not have access to the data needed to check its conclusions.

One answer would be to take postcode averages for pressure and temperature and apply a monthly correction. That could be engineered to reflect the changing energy value of the different mixes of gases from the many sources it comes from. But the law prevents it from being used to reflect weather related changes in the volume of the gas and its energy-carrying molecules.

Canetis has a small device it calls Margo that can be attached to “listen” to your gas meter. It measures temperature and pressure at the meter and, Canetis says, corrects for gas flow errors. It is hoping for a change in the law to allow its use.

Meanwhile, consumers should ensure their gas meter is as low and cool as possible rather than high up, as most are, in a heated room.