The UK economy is showing tentative signs of improvement as the country eases out of its lockdown with job vacancies starting to reopen, household spending contracting less sharply and more companies returning to business.

Motor vehicle usage has also risen while property searches have jumped in the still fragile housing market since the initial lifting of Covid-19 restrictions on May 11.

“Everything points to a slow, painful recovery, but we still think a recovery is under way,” said David Owen, economist at the financial company Jefferies.

The overall picture, however, is still one of activity at depressed levels compared with before the pandemic. The leisure and hospitality sectors remain shut down while traffic is in the doldrums on public transport and at ports.

“Activity might be slightly above April’s level, but it is a long way from what you might call a normal level,” said Andrew Goodwin, senior economist at the consultancy Oxford Economics. “The big concern for us is that government support runs out before we get to the level of activity that supports the number of jobs that it needs to support.”

Here are what five indicators on commercial activity are signalling on the UK economy:

Job vacancies on the rise

The government said on Wednesday that 8.4m people have been furloughed by their employers during the pandemic, while official statistics reported a record monthly increase in people claiming unemployment benefits in April.

But job websites suggest the labour market may have reached its lowest point during April. In the month to May 24, the number of job vacancies rose 9 per cent partially thanks to a 20 per cent increase in healthcare posts, according to data from the government website Find a Job. The 66,000 vacancies are nevertheless still well below the 100,000 vacancies advertised on the site at the end of March, a week after the lockdown restrictions came into force.

The website LinkedIn also showed how the hiring of new staff deteriorated at a slower pace in the first week of May compared with the steep fall in April, while the drop in UK job postings on the website Indeed has stabilised.

“Coronavirus has caused a huge slowdown in the labour market, but this indicates that the worst could be behind us,” said Neil Carberry, chief executive of the Recruitment & Employment Confederation.

With Boris Johnson asking people to stay at home, household spending took an unprecedented hit and fell 40 per cent in April, according to transaction data published by the London School of Economics.

However, the contraction in spending was half as steep in the week to May 24 compared with the last week of March, according to data from Fable Data, a company that aggregates transaction data from banks, credit card providers and fintech companies.

Shopping habits are also normalising, according to data from SimilarWeb, a company that tracks web visits by online users. Their data show that the spike in visits to supermarket websites eased in May compared with April and the contraction in visits to fashion websites was less steep, while traffic to the websites of luxury goods producers started to grow again.

“Real-time indicators suggest that the UK economy began gradually emerging from the lockdown from early May,” said Fabrice Montagné, chief UK economist at Barclays, “although activity appears very uneven compared to the pre-virus economy; food and online are doing really well, while leisure and hospitality are still virtually closed.”

The number of small and medium-sized enterprises processing payments with Barclaycard has also increased by 30 per cent since the low point in early April, according to company data.

However, other measures have failed to recover quite so quickly. For example, traffic at ports in the week to May 24 was 36 per cent down from last year and was unchanged from previous weeks at an average of about 1,000 ship visits.

Drivers back on the road

Britons are travelling more since the lockdown was eased, but levels are still depressed and growth is slower than in other countries. Government data show a pick-up in motor vehicle usage, but no significant uptick in the use of public transport.

Travel to workplaces was down nearly 60 per cent on May 21, compared with the pre-pandemic period, according to Google mobility data. While this is a milder contraction than the 70 per cent decline of the end of April, it signals a slower recovery than in most other main economies.

“One of the biggest risks to the recovery we forecast is the fear factor,” said Andrew Wishart, UK economist at Capital Economics, who added that if it continued unemployment could stay “higher for longer” with more businesses going under in the aftermath of the crisis.

Interest picks up in property

The property market has shown an increase in interest following a period during which estate agents were closed and viewings were not permitted. But economists said that with high uncertainty over jobs and income, the market still faced a long period before it would recover. “It looks unlikely to return to the levels seen at the start of 2020 for some considerable time to come,” said Howard Archer, chief economic adviser at EY Item Club, a consultancy.

In the first week after the market reopened on May 13, the property website Zoopla reported a weekly 88 per cent jump in demand, defined as browsing on the website followed by inquiry. Yet harder measures of market activity, such as sales agreed, are more subdued, rising from levels that are just a tenth of typical sales volumes at this time of year.

Explore the series
READ MORECoronavirus: free to read
US relaxes rules for opioid substitutes during lockdowns 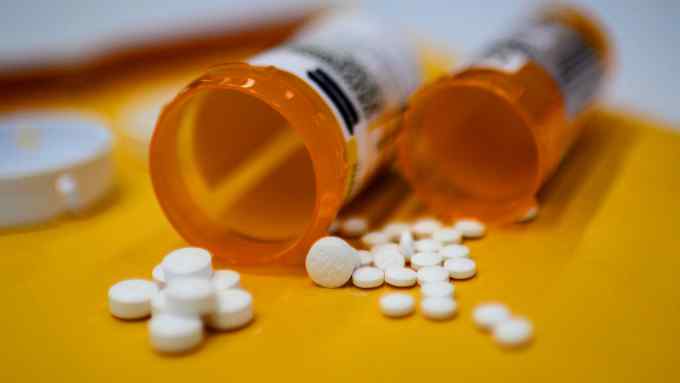