Appreciation has grown for contemporary Kenyan art, both at home and abroad

As Paul Onditi prepared to move his family back to Kenya after a decade as a struggling artist in Germany, his former art school professor tried to dissuade him. “How can you leave your life here and go back?” the teacher asked. “How will you survive?”

But Onditi says he was barely surviving in Europe. “I had nine years of [financial] drought. It’s winter, it’s minus 20, you can’t heat your house, the water is cut off, there is not enough money to buy food.”

Six years later, Onditi, who was born in Nairobi in 1980, has made an international name for himself. But he is not the only artist finding success at home. Some of Kenya’s younger artists are now selling works for thousands of dollars — prices that would have been unthinkable a few years ago. And, as appreciation grows for contemporary Kenyan art, both at home and abroad, many hope Kenya is on the cusp of an art boom.

In a dilapidated plot off a potholed road in Nairobi, Onditi now works out of a shipping container turned studio alongside a security company and South Sudanese refugees taking adult education classes. His dusty laptop is surrounded by paints, brushes and ideas for future projects jotted on notepaper. “When I landed [back] here, it was a big struggle,” he says. “Everyone said: ‘When are you going back to Europe?’”

One day, a friend of his took six of his paintings to Kuona Trust, an influential Nairobi art collective, where an Indian visitor spotted them and bought them all. Shortly afterwards, Onditi had a show at the Alliance Française, the French cultural institution, and almost sold out. “I was like, ‘Am I in Kenya?’ Why was the country I left 10 years ago on such a high, buying art? It was all taking me by surprise,” he says.

The country’s first major auction of east African art, held at Circle Art Agency in Nairobi in 2013, was a pivotal moment. “We were telling people that artists [here] were doing well, and the art was an investment,” says Danda Jaroljmek, the agency’s director. “But how could we say that if there was nowhere to sell art?”

That first auction — it is now an annual event — drew a mix of international buyers and affluent Kenyans. Forty-seven works from east Africa went under the hammer, two selling for more than Ks1m ($10,000). At last November’s sale, four works beat that price; the most expensive piece, by Ugandan painter Geoffrey Mukasa, who died in 2009, fetched Ks1.7m. “We couldn’t believe it,” says Jaroljmek. “It was extraordinary.”

I know artists who run away don’t want to be branded as political. But what is not political?

It wasn’t just that east African art was relatively cheap, although it certainly is compared with more buoyant markets such as those for Chinese or western and southern African art. Artists in Kenya “are enormously inventive”, says Giles Peppiatt, an expert in African art at Bonhams auction house in London. “Just because they are not fetching £100,000 a picture does not mean they are lesser. The trouble is, everyone expects everything to follow the trajectory of Chinese contemporary art. The market has cooled distinctly since those days.”

Since the largely self-taught first generation emerged — the “moderns”, as they are known, working between the 1960s and 1980s — the Kenyan art scene has changed dramatically. An increasingly liberal political atmosphere under president Mwai Kibaki in the 2000s led the next generation to tackle more controversial subjects, painting less to please than to provoke.

Since then, Kenyan art has become more challenging, more abstract. Among the new faces are Beatrice Wanjiku, born near Nairobi in 1978, who studied at the Kenyan capital’s Buruburu Institute of Fine Arts and paints haunting, distorted portraits. Richard Kimathi, born in 1971 in Nyeri, graduated from the Nairobi Creative Art Centre and is regarded as one of the country’s most promising talents. A woodcut print by Nairobi-born Peterson Kamwathi has been bought by the British Museum, while the self-taught sculptor Cyrus Kabiru, who fashions eyeglasses from waste material, is a regular fixture at international fairs.

Arts
Artworks from memories of a post-apartheid murder 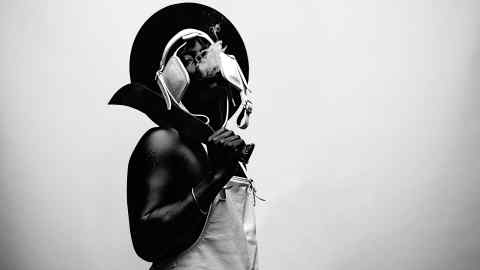 Increasingly, artists such as Kimathi, Kamwathi and Michael Soi (who describes his art as “social commentary”) are inspired by turmoil in their own country: corruption, the 2007-08 post-election violence or China’s investment in the continent. “You can’t separate art from politics,” says Onditi. “I know artists who run away don’t want to be branded as political. But what is not political?”

Carol Lees, who runs Nairobi contemporary art gallery One Off, believes political art sells best. “The stuff that’s really making its mark is political,” she says. “The big collectors, that’s what they are looking for.”

One such, Samit Gehlot, a Nairobi businessman whose family interests include construction and safari lodges, has collected Kenyan art for about 15 years. “When I started collecting, [global art] was not very affordable,” he says. “In Kenya, when I asked the price [of an artwork], nobody really had any idea what to charge. Kenyan art allowed me an entrée into the art market.”

But Kenya still has some catching-up to do with Nigeria and South Africa, where wealthy local buyers prop up art sales. In Kenya, where the middle class remains small, so too is the appetite for pricier art. Some 85 per cent of the works Lees sells go abroad, she says.

Onditi, who has exhibited in New York and London as well as west Africa — with his most important works priced at around $14,000 — says the importance of local buyers cannot be overstated if “future generations are to bank on art as a profession”. He warns that Kenya’s time in the limelight could be short-lived if locals do not come to understand the value of art. “Once the [momentum] has gone, for those who have not gained an international reputation, it will be a sad story.”