Shares in $10.5bn Grayscale Bitcoin Trust traded at 40% discount to the value of its holdings

The world’s largest cryptocurrency fund has become embroiled in the turmoil swirling around the troubled sector, in a further sign of waning enthusiasm for digital assets.

The share price of the $10.5bn Grayscale Bitcoin Trust (GBTC), which owns 3.5 per cent of the world’s bitcoin, has plummeted to a 39 per cent discount to the value of its underlying assets as investors have embarked on an increasingly desperate scramble to exit.

The blowout means investors in the trust have suffered an 83 per cent loss since bitcoin peaked in November 2021, outstripping the 74 per cent slide in the value of bitcoin itself.

Confidence in digital assets has been sideswiped by the implosion of crypto exchange FTX, the fallout from which is rippling through the near-$1tn industry due to the complex and often opaque linkages between major players.

Fears struck closer to home for Grayscale on Wednesday when crypto broker Genesis Trading, which originated more than $50bn of loans last year, suspended redemptions and originations of loans at its lending arm after suffering financial contagion from the failure of Three Arrows Capital, the Singapore crypto hedge fund that filed for bankruptcy in July.

Grayscale and Genesis are both subsidiaries of Digital Currency Group, a Stamford, Connecticut-based venture capital company.

Digital Currency Group is also the largest shareholder in GBTC, with a 4.1 per cent stake, or 28.2mn shares, according to Refinitiv data.

GBTC’s central problem is that it has been superseded by the advent of better vehicles for holding bitcoin.

When it launched as a private placement offering in 2013 it was one of the few of its kind and, as the crypto industry expanded, it rapidly increased its share count to soak up the incoming tide of cash.

Net assets peaked at $39.8bn in October 2021, according to Morningstar data, and GBTC perennially traded at a premium to net asset value.

However, it was undermined by the emergence of the first bitcoin exchange traded funds in Canada that year. These vehicles’ fees were typically less than half the 2 per cent a year charged by GBTC. They also offered greater liquidity and new investors did not need to pay a premium.

As flows drifted away from GBTC, demand and supply for its shares was tipped out of kilter, pushing its share price to a sharp discount to NAV.

The underlying problem is that — unlike for ETFs — there is no arbitrage mechanism to bring supply and demand back into balance.

GBTC shares cannot be redeemed for bitcoin or cash and can only be sold to another buyer via the over-the-counter market. Grayscale would need regulatory approval to institute a share buyback programme.

Grayscale instead hopes to convert GBTC into a “spot” bitcoin ETF, holding the “physical” currency. These plans have so far been blocked by the US Securities and Exchange Commission, which has refused to follow the lead of regulators in Canada and elsewhere by approving spot bitcoin ETFs, citing concerns over potential fraud and manipulation on the unregulated exchanges where trading occurs.

Grayscale, which declined to comment for this story, is currently suing the SEC for the right to convert GBTC. The ever-widening discount suggests few market participants believe it is likely to succeed, however.

“If they were successful in winning the court case then any investors would be made whole. The discount would sharply erode because the [share] creation and redemption process can freely occur,” said Todd Rosenbluth, head of research at VettaFi.

“It’s highly disappointing that the SEC continues allowing any retail investor to access this fund, yet they won’t approve a spot bitcoin ETF which would solve the discount problem. This is yet another example of the absurd regulatory dysfunction around the entire crypto ecosystem right now,” Geraci added.

Some investors have kept the faith. Ark Investment Management, already the third-largest shareholder in GBTC with a near-1 per cent stake, this week bought a further $2.8mn of shares.

In October, Ark chief executive Cathie Wood said GBTC was trading at a “fire sale” price given the possibility of it being converted into an ETF at some point. Ark, which is also seeking permission to launch a spot ETF, said it does not comment on daily trading activity.

The second-largest shareholder, with 2.9 per cent, is BlockFi, a crypto lending and trading platform that has halted withdrawals of customer deposits due to its “significant exposure” to FTX.

Peter Tchir, head of macro strategy at Academy Securities, raised the prospect of Grayscale seeking permission to buy back a large quantity of shares, then liquidating the fund, potentially making more than enough profit to compensate for its loss of fee income and making external investors whole in the process.

However, Geraci believed there was every chance of the discount widening still further “especially if there is further FTX contagion which weighs on the crypto space as a whole”.

Nevertheless, he suggested GBTC “is clearly a better option than holding bitcoin on an exchange like FTX, as investors can operate with confidence that the underlying bitcoin is actually there”.

However, Rosenbluth thought the SEC would see the fiasco as a vindication of its position.

“The SEC has viewed spot bitcoin as risky and is concerned about fraud and manipulation,” he said. “I’m not sure they are going to be surprised by these developments.” 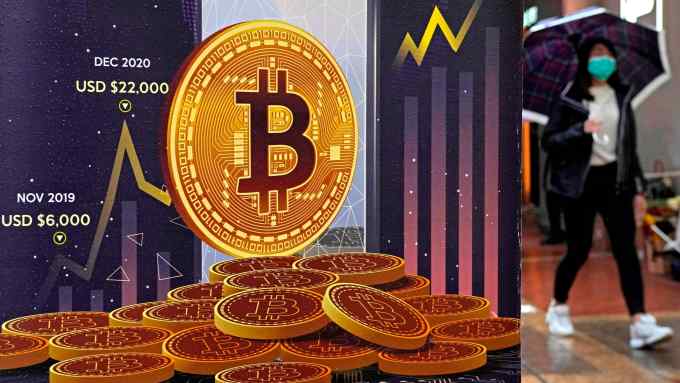