The deadly contest between Isis and al-Qaeda 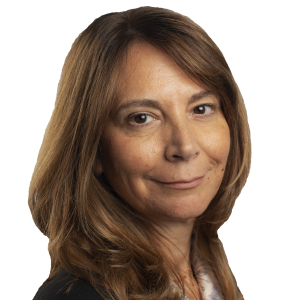 In the latest issue, number 12, I found an article devoted to al-Qaeda, the rival group that once dominated global terrorism. “Sahwa fever”, the article claims, is spreading through the ranks of al-Qaeda.

The Sahwa movement comprised a group of Iraqi tribesmen that collaborated with the US a decade ago to root out the Iraqi branch of al-Qaeda. That branch took its revenge: it eventually became the Islamic State of Iraq and the Levant, better known as Isis.

Such scathing dismissal of its rival is Isis’ way of highlighting its status as the world’s number one terrorist organisation and setting out its claim as the true heir to Osama bin Laden. The message to readers: al-Qaeda has lost its way. The future belongs to Isis.

Isis seems obsessed with al-Qaeda, from which it split in 2013 following disagreements over the goals of jihad in Syria. Since then Isis has distinguished itself from its parent through its savagery (there is no limit to the violence it is willing to inflict) and its move to create a caliphate in parts of Iraq and Syria.

Whereas al-Qaeda’s killing machine operated in the name of jihad abroad, Isis at first looked within, calling on jihadis around the world to join in building its caliphate. Indeed, because Isis appeared to pose a greater threat to the Middle East than to the rest of the world, western reaction towards it was at first relatively muted.

In the past few months Isis has changed tack. To maintain momentum in the face of intensifying military pressure, it has accelerated its attacks abroad. Within weeks it claimed responsibility for the bombing of a Russian airliner over the Sinai and the atrocities in Paris, for a bomb attack in Beirut and a bus explosion in Tunis. Its objectives and those of al-Qaeda are now in alignment. The impact is terrifying.

Al-Qaeda’s response to Isis came days after the Paris attacks, with the storming of a luxury hotel in Bamako, the capital of Mali. Re-asserting itself in the jihadi world, al-Qaeda’s social media highlighted that, unlike Isis, it had spared Muslim hostages in the siege at the Radisson Blu hotel.

Fortunately al-Qaeda is not what it was when bin Laden ordered the attacks of September 11 2001. But, while its core group is greatly diminished, its franchises have survived the global “war” on terrorism.

“What has not really sunk in yet is that we now have two problems — Isis and al-Qaeda — as global terrorist networks that are competing but also growing,” says Hassan Hassan, co-author of Isis: Inside the Army of Terror.

Rohan Gunaratna, an expert on terrorism, says one should think of al-Qaeda through its various theatres of operation. The franchises are still strong in the Maghreb and the Sahel, in the Horn of Africa and in Yemen, as well as in Afghanistan and Pakistan and in Southeast Asia.

Isis, meanwhile, is more dominant in the Levant, Libya, west Africa and the Caucasus. “[Isis] is a child of al-Qaeda and al-Qaeda still has capacity to drive and produce clones,” says Mr Gunaratna.

Isis and al-Qaeda are not fighting over ideology. Their differences are partly over strategy and tactics. Mostly they are about leadership. Some experts predict that if one of the two leaders disappeared — either Abu Bakr al-Baghdadi of Isis or al-Qaeda’s Ayman al-Zawahiri — the groups could merge again. In the meantime, competition will be fierce.

“The terrorism picture today is very complicated for two reasons: first because of all the different players involved . . . and second because of the regional vacuum that exists after the Arab spring, which gives groups a territory to operate,” says Ali Soufan, a former FBI special agent who now heads the Soufan Group, a security firm.

The picture could become more complicated still. As it defends its self-proclaimed state, Isis will grow more dangerous. Al-Qaeda, meanwhile, is entrenching itself and establishing local alliances that will make it harder to destroy. Both groups will be seeking to expand their power through terrorism.