Art exhibitions you need to see in the year ahead 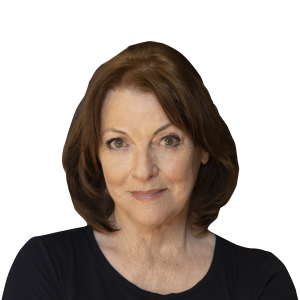 Making art a destination can be a satisfying way to plan a trip, long or short. This year, which marks the 500th anniversary of Leonardo da Vinci’s death, can be happily bookended by memorable shows of the Renaissance master’s work, first in London, later in Paris.

Leonardo’s brilliant, intriguing drawings are some of his most compelling works and the Queen’s collection is probably the finest in the world, ranging across the interests for which this multi-minded genius was famous in his own time, including anatomy, botany, engineering, music, design and architecture, fantastical invention and mapmaking.

Highlights of the collection go on the road to cities across the UK including Belfast, Birmingham, Bristol, Cardiff, Glasgow, Leeds, Liverpool, Manchester, Sheffield and others. Following that, a larger show opens at the Queens Gallery, London, in May, moving to Holyrood House in Edinburgh.

And that will probably only whet our appetite for the significant show of Leonardo’s rarely assembled great paintings (he completed only a couple of dozen) at the Louvre in Paris in October.

Another of the magisterial artists of the past has a 500th birthday this year. Amsterdam’s Rijksmusem celebrates Rembrandt’s anniversary with an unmissable exhibition of its world-class holdings of the master’s work: entitled All the Rembrandts. It opens in a week’s time. This is only the pinnacle of a plethora of Rembrandt exhibitions around the globe — including one at the Louvre Abu Dhabi.

Perhaps the best way of combining a love for the art of the past with the exciting tides of present and future is a visit to the Venice Biennale. This year’s edition offers some wonderful shows around the city too: the first living artist to invade the halls of Venice’s Accademia is the German giant Georg Baselitz. Opening in May, a dreamy month for a Venice visit, and running all the way to November, the Biennale has something to tempt everyone, as well as much among the contemporary pieces on show, that’s sure to be surprising, enraging, inspiring, irritating, enlightening — but never dull.

The Mexican artist Frida Kahlo has become a “brand” almost as recognisable as the Mona Lisa, her inimitable monobrow and flamboyant hairdos reproduced on everything from T-shirts to tote bags. So much so that the real artist sometimes gets obscured. A new show just opening at the Brooklyn Museum, called Frida Kahlo: Appearances Can Be Deceiving, will cover both the artist and her iconic alter ego, ranging across fashion, jewellery and such oddities as hand-painted corsets as well as Kahlo’s paintings and other art works. Running into May, it promises to be well worth the trip.

Other women artists get proper, intelligent showings this year. The photographs of Dora Maar, at the Pompidou Centre in Paris in June, restore an artistic reputation overshadowed by the doubtful tribute of being Picasso’s muse and lover. From the 1930s onwards, her surreal, highly imaginative work revealed an individuality that will make for a fascinating exhibition.

And Berthe Morisot, the best-known of the tiny handful of female Impressionists, is celebrated in a cracker of a show, just transferring from its home base at Philadelphia’s Barnes Museum to the Dallas Museum of Art, before moving to Paris’s Quai d’Orsay in May. Luscious, deep, tender pictures bring a special humanity into the art of the time.

Female genius has taken many forms, not least in the worlds of design and fashion. Many of us of a certain age have a special place in our hearts for Mary Quant, the brilliant pioneering designer of the 1960s who made women’s fashion witty, joyful, cheap-as-chips but chic, and led that era’s indelible revolution in looks and attitudes alike. We can plunge back into the Sixties at the exhibition of her work at the Victoria and Albert Museum in London in April.

Finally — and I leave the best until last — Bonnard: The Colour of Memory at London’s Tate Modern until May is without exaggeration the show of a lifetime for anyone who loves painting. A mighty display of sheer, unabashed indulgence in paint, in the joy of material objects dissolved into gorgeous colour and shimmering light, not only cheers a chilly winter day with the warmth of the southern French sun but stays in the mind’s eye long, long afterwards.