Is it time to retire the iron?

The late American newspaper columnist Erma Bombeck once wrote: “My second favourite household chore is ironing. My first being hitting my head on the top bunk bed until I faint.” And while I have respect for those who apparently find it soothing – including Olympic sprinter Linford Christie and designer Bella Freud, who deems ironing to be an art form – I myself agree with Bombeck wholeheartedly.

Ironing is on the decline as our wardrobes have become increasingly casual and younger generations have decided that they don’t fancy spending their Sunday afternoons smoothing over collars. The pandemic accelerated this: sales of irons dropped by nearly 24 per cent in the US and nearly 15 per cent globally in 2020, according to Euromonitor International. Surplus ironing boards found a new purpose as makeshift desks as we started working from home.

Thankfully, a host of designers are experimenting with fabrics that do away with the need for ironing, working with textiles that defy wrinkling – or, conversely, embracing fabrics that have purposely been crimped. “I don’t think I’ve ironed in more than 10 years. It feels old-fashioned, like shoe shining,” says Paula Gerbase, a London-based womenswear designer and fellow ironing-phobe. When she launched her Skins line in 2019, she sought to offer no-fuss eveningwear. Her slinky, accordion-like pleated tops, dresses and ankle-skimming skirts are knitted from a recycled nylon-polyester; they feel luxuriously fine, yet can be yanked from the bottom of a suitcase and thrown straight on.

It took Gerbase two years to find a factory that could knit a yarn to her exacting specifications, and she eventually settled on a sportswear specialist in Shenzhen that counts Nike and Adidas among its clients. Gerbase thinks such technical innovation could only have come from a sportswear manufacturer “because they’re used to pushing boundaries”. She opted for pleats because they are “really forgiving” and the tension in the fabric means it bounces back into shape.

These slinky, accordion-like pleated tops, dresses and ankle-skimming skirts feel luxuriously fine, yet can be yanked from a suitcase and thrown straight on

Issey Miyake’s acolytes can also attest to this. The Japanese brand’s elegant yet comfortable Pleats Please and Homme Plissé designs have become the work-from-home uniform of many. Dean Cook, head of menswear buying at Browns, says it has been selling “super-well” in the past year – a sentiment echoed by Liane Wiggins, head of womenswear at MatchesFashion. “The fabric is comfortable, lightweight and crease-proof but still feels modern,” says Wiggins, adding that the brand’s trousers are particularly popular. Meanwhile, for an au naturel alternative, LA designer Savannah Morrow creates form-fitting dresses and beachy trousers using a permanently puckered organic cotton handmade by artisans in India.

Other innovators are offering smoother canvases. Milanese menswear brand Traiano creates “technical products with a formal look”, as co-founder Filippo Colnaghi puts it. His family firm produces textiles for Lululemon, Adidas and Nike – and he’s brought its sporty materials into a sector more commonly associated with twills and tweeds. Traiano sells blazers and trousers, but its core product is a shirt made of a nylon-polyester jersey. Unlike Brooks Brothers’ infamous non-iron shirts, which were historically sewn from cotton treated with formaldehyde and possessed a cardboard-like stiffness, Traiano’s are supple and light. In a clever trompe l’oeil, it digitally prints its stretchy garments with patterns resembling plaids, tweeds and pinstriped cotton. Something that has the functionality of gym gear is suddenly made appropriate for the boardroom.

For the most cutting-edge technical textiles, however, few can rival Byborre. This Amsterdam textile laboratory, which works with companies such as Adidas and the Kering group, creates bespoke fabrics that look as if they have been beamed in from the future, with pixelated patterns and nubby or foam-like textures. Its co-founder and CCO Borre Akkersdijk says that because its fabrics are knitted (from a single yarn) rather than woven (in multiple criss-cross threads), they crease less. Plus, often their textiles “have patterns all over them, so creases are less visible – whereas if you have a super-plain material you will see every little difference or stain.”

Fashion
When it comes to summer suits, creased is the word 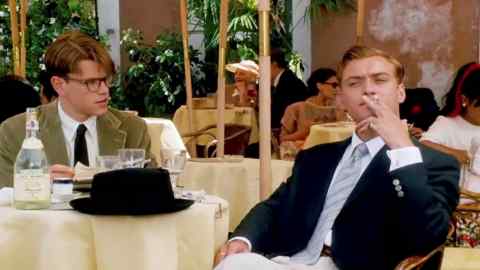 There’s a big demand for Byborre’s 3D textiles, in which two layers of fabric are knitted together and the space in between is filled with a yarn such as polyester, as seen in a recent vest for the Japanese brand Kapital. “The more you use and fold the garment, the more that filling yarn expands,” Akkersdijk says. Thus, the item becomes softer and puffier and, in its engorged state, “you don’t see the wrinkles at all.” Byborre is currently exploring “cellulose yarn to see what materials are more suitable to be fully circular but still have the desired functionalities,” he says. “Cellulose can be a good alternative to synthetics.”

Eiichiro Homma, founder and CEO of Tokyo’s Nanamica and CEO of the Japan-exclusive The North Face Purple Label, is also interested in natural fibres. And he’s better prepared than most when it comes to discussing non-iron clothes. Since 2003, Nanamica has provided urbanites with stylish yet high-performance wares – and most of its clothing tags state: “Do not iron.” Many of the pieces use AlphaDry, which is made from polyester and specifically wrinkle-resistant. Yet Homma is particularly keen on wools, cottons and linens accented with a touch of polyester or elastane; these maintain a natural look while allowing only a hint of a crinkle. This, he insists, should not be ironed out. “Which do you prefer?” he asks, coyly. “A gentleman with good wrinkles on the skin that show his history – or a 70-year-old with plastic surgery?” To illustrate, he uses his hands to give himself an alarmingly severe face-lift. To Homma at least, an occasional line is a matter of style.