Falling inflation and smaller interest rate rises in the US and other advanced economies hold out the hope of a rebound for emerging markets, according to analysts.

Developing countries have suffered this year under a toxic combination of rising interest rates, a strong US dollar, soaring food and fuel prices and other disruptions caused by the pandemic and Russia’s invasion of Ukraine. As some of those conditions start to ease, the prospects for economic growth should improve, analysts say.

Wednesday’s decision by the US Federal Reserve to raise its policy rate by 0.5 percentage points after four straight rises of 0.75 ppts will be welcomed by many policymakers as the start of that process.

But Manik Narain, emerging market strategist at Swiss bank UBS, said it was too early to assume that easing by the Fed would automatically open the door to cuts in developing countries. This is because inflation has become deeply entrenched in many emerging markets, with the result that their central banks will be forced to keep interest rates high well into next year, thereby delaying any pick-up in economic activity.

“When inflation comes down, that gives emerging markets some breathing space,” he said, but added: “It’s going to be bumpy.”

Rising global interest rates are usually bad for emerging economies. They discourage foreign investment in stocks and bonds by providing appealing and less risky options in advanced economies. And they increase borrowing costs for governments and businesses, making them less able to invest in productive activity.

Robin Brooks, chief economist at the Institute of International Finance, a trade body for the financial industry, said a reduction in the size of US rate rises would undo some of the damage caused by bigger than expected increases this year. 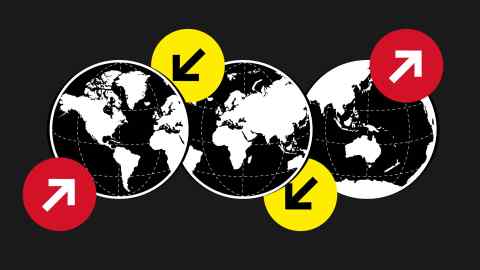 “It was upside inflation surprises and the Fed’s accelerated hiking cycle that weighed on EM currencies in the second half of 2022,” he said. “That shock is ending, which sets the stage for EM recovery.”

But Adam Wolfe, emerging market economist at consultancy Absolute Strategy Research, said that, even if the Fed started cutting interest rates next year, central banks in emerging economies may not be able to follow.

“If the Fed is cutting, it’s because it is worried about growth,” he said.

If the US goes into recession next year, as many analysts expect, it will make investors reluctant to buy risky assets including emerging market stocks and bonds. Investment funds that buy such assets suffered their biggest outflows on record this year before staging a recovery last month on the promise of lower US rates. A US recession would prompt a resumption of outflows, analysts warned.

Brazil began hiking in March 2021, 12 months ahead of the Fed, eventually taking its policy rate from 2 per cent to 13.75 per cent. Consumer price inflation peaked above 12 per cent in April and has since fallen below 6 per cent.

In Mexico, too, inflation at 7.8 per cent has fallen below the policy rate of 10 per cent. Where it remains high, as in Poland and Hungary, it is expected to fall next year. In several countries in Latin America and eastern Europe, where inflation is particularly high, government bond yield curves have become inverted, suggesting that markets expect rate cuts from next year.

But some analysts say central banks are unlikely to cut rates soon.

One reason is that inflation in many economies has spread far beyond food and fuel prices, meaning it will remain high even as those prices fall from their recent peaks.

And if the US does enter recession, emerging market central banks will have to keep rates high to protect their currencies from the impact of outflows. Otherwise, rising import prices will push inflation higher still.

FT MagazineGillian Tett
The great disruption has only just begun 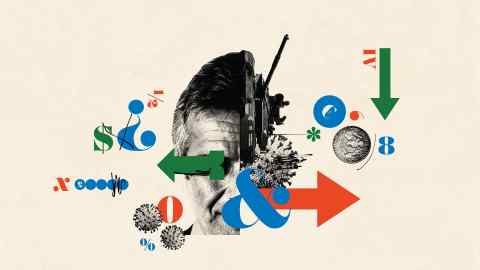 Wolfe said the US dollar would have to lose value against other currencies before emerging market central banks could cut.

“That’s why I’m sceptical that central banks will be able to deliver the cuts that are expected,” he said.

For dozens of low-income countries, any relief from looser US monetary policy will come too late to protect them from the risk of debt default caused by soaring borrowing costs.

Zambia and Sri Lanka — a rare case of a middle-income country in debt crisis — defaulted during the pandemic. Ghana agreed an IMF bailout this week; Egypt is expected to follow.

Large emerging economies are less likely to fall into a debt crisis. But for them, too, higher borrowing costs leave governments less able to support growth through investment, while many have failed to deliver the structural reforms that would allow private investment to take the lead.

Narain at UBS said he expected emerging markets in aggregate to grow more slowly next year than at any time since 1980, apart from the first pandemic year of 2020. UBS expects overall emerging market growth of just 3.5 per cent in 2023, a fraction lower than this year.

Excluding China, UBS forecasts emerging market growth of just 2.5 per cent in 2023, down from 4.5 per cent this year. Narain said leading indicators of economic activity in China showed a reduction in capital expenditure, meaning that China will no longer be a driver of export-led growth for other emerging economies.

He predicted emerging economies would enjoy some relief from lower global rates in the coming months, before a US recession makes them vulnerable again.