When a group of US business school students went on a two-week visit to Mexico City, they thought they were acquiring practical tips on “doing business in Mexico” by attending presentations with executives and eating with local elites in seafood restaurants where bartenders served liberal quantities of rum at their tables.

According to the anthropologist Andrew Orta in his book Making Global MBAs, they were receiving “an experiential ‘executive summary’ of frontier spaces of capitalist potential, while also shaping and ritualising the alignment of the emergent selves of US business professionals within a geography of business practices now seen inevitably to require such spaces”.

Jargon aside, there is an appeal to applying the professional scrutiny of an academic ethnographer to the immersive boot camp of fledgling MBAs. The process brings together the two extremes of departments and disciplines that a university can offer in aims, styles, participants, intellectual approach and underlying ideology.

As Orta points out, the birth of business education in the late 19th century in the US was viewed with suspicion by professors, who felt it lacked rigour. Tensions continued to simmer, erupting sporadically, such as during the 1950s with calls for a shift from an anecdotal to a more scientific approach to the research and teaching of MBAs.

With the expansion, systemisation and globalisation of US business, demand grew for practical training for future managers — or, in Orta’s view, the “social engineers” of capitalism around the world. MBA graduates supported, perpetuated and influenced the strategies of companies in a symbiotic relationship with business schools seeking to maintain relevance and income.

Orta brings a particular expertise to the analysis of cultures, honed in earlier ethnographic studies of relations between Catholic missionaries and the indigenous Aymara communities of the Bolivian highlands. He notably delves into the growth in “international business” teaching on MBA courses, transmitted through case studies and short-term study assignments abroad.

The topic emerged with post-second world war reconstruction, investment and ever greater global corporate expansion by the US. It led to a demand for greater insight into cultural differences to succeed and counteract “the incompetence and ineffectiveness of Americans working abroad” stylised in the 1958 novel The Ugly American. In the 1980s, Japan was in fashion — though Orta does little to chart its subsequent fall from favour or track the shifts in geographical focus since.

He places into wider context the connections between anthropology and business teaching, such as how Edward T Hall, a linguistic anthropologist widely read by MBAs, was on the faculty at Bennington College at the same time as the philosopher and political scientist Peter Drucker, who became a leading management guru.

Orta describes a paradox: interest is growing in business schools in how to manage successfully in other countries and learn about national differences, just as the very idea of “culture” —­ as a stable, discrete group of people — is questioned in anthropology and the social sciences more generally.

Orta critiques widely cited researchers such as Geert Hofstede, whose influential analyses were largely drawn from studies at IBM, extrapolating national traits from a limited set of executives in a single multinational company with variable reach in many countries.

He highlights the minimal foreign exposure of US MBA students, who believe they are having authentic and risky experiences while abroad. Yet they are chaperoned by an emerging industry of global business tour travel agencies which convey their clients on tightly scheduled itineraries in taxis between luxury hotels, guarded corporate headquarters and vetted restaurants, surrounding them with alumni and other elites who shield them from wider realities. 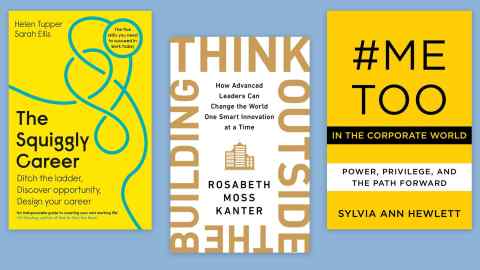 Orta notes US students’ ambivalence about international classmates, often perceived less as a source of expertise than better informed rivals for jobs in their home countries; he suggests they are resented because many are sponsored and seen as less invested in their MBAs.

More generally, the author does a serviceable job of describing trends familiar to anyone with knowledge of business schools: the fierce competition between students; the “fire hose” of information-overload; the “compression” to filter and distil into PowerPoints and rapid-fire elevator pitches; class discussions to highlight ambiguity, forge collaboration and hone presentation skills rather than provide definitive answers.

There are throwaway remarks on false certainties in models of risk analysis, and the limitations of drawing on past business successes to provide best future practice. Yet his book is surprisingly light on analysis of the readings and case studies provided, and seems more focused on forcing relatively few observations into a broader complex theoretical framework.

The issues Orta raises merit further exploration, but his critiques are generally implicit, understated or even unstated. They often relate more to a wider questioning of economics and the workings of capitalism than to the specifics of how they are taught or applied in business school. He comes to no “actionable” conclusion and does not provide sufficient broader information for readers to make their own judgments.

Perhaps the next step should be a reciprocal challenge to business schools: send a group of MBAs into a university anthropology department to see what observations they have and what recommendations they could give.

Making Global MBAs: The Culture of Business and the Business of Culture, by Andrew Orta, University of California Press