Rich People’s Problems: Do I still need a third property? 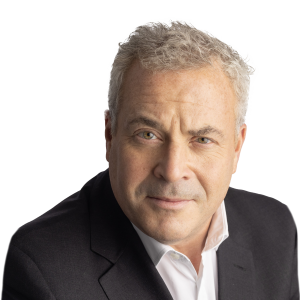 While I am fully aware that you can only live in one property at a time, I’m firmly of the opinion that you need to own more than one home. Three used to be the ideal number. Is this still the case?

Much as I’d like my main home to be a castle, it isn’t. It’s a terraced property in central London – and one of the best investments I have ever made. Even though stamp duty may have risen, the capital gain is tax free and paying rent would be throwing out money. Owning your primary residence remains compelling.

A second property is easy to justify. If you live in a big city, you’ll need to be able to escape. In my case to the idyllic Frinton-on-Sea, Essex. It’s worth the money and extra hassle. Even with more utility companies to deal with, bills to pay, spare loo rolls to buy, a second fridge to manage and bedsheets to change, it’s still worth it.

If you are in an accessible or destination location, the dynamics of the market should allow your investment to pay off. More importantly, a second property allows you to have “shuff” – second home stuff. These are things you like that you’re not ready to get rid of when you want to change it up in your main residence: sofas, tech, towels, crockery or pictures, for example. My second home is stuffed with shuff. And you get the chance to enjoy stuff you bought all over again.

Then there’s the third property, which is usually abroad: in my case, the French Alps. Wouldn’t it just be better to pay for a hotel or Airbnb? Economically, perhaps. But that’s not the point. Where to invest your money in turbulent economic and political times remains a conundrum. Extra housing investments are a lifestyle choice. And while subject to tax, they can make money too. Particularly if you have filled your pension allowances and have a few other investments tucked away. 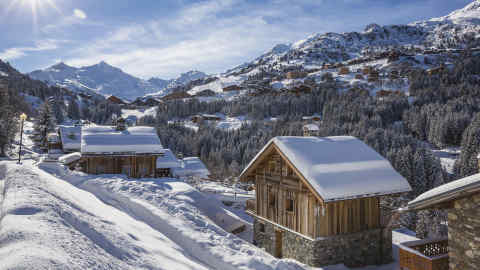 Anyway, what are you going to talk about with your colleagues at work if you can’t have a house-off? Having a third home is a valuable top trump card.

Yet property is cyclical. A market crash is always around the corner. Economists are desperate to be right at least once in their career – and a “crash” headline is a tantalising option. At the moment, it’s just noise. As are the doom-mongering remainers who’d have you believe that a market crash will ensue as a result of leaving the EU. A crash will only occur if interest rates rise too far, too fast. Or if Jeremy Corbyn becomes prime minister.

Decisions you take to invest in property must be based on your financial situation and ability to pay rather than a hope that a rising market will bail you out of debt. UK house prices have risen, on average, by 6 per cent a year since the 1970s, keeping pace with inflation. Of course, there have been peaks and troughs. Markets don’t move in straight lines. But make a purchase at the right time and your returns will have outpaced other investments.

There isn’t a housing crisis: there is a particular difficulty for those wishing to buy. For those with a home, there is no crisis — other than the slowing market created by politicians

The decision you take isn’t a purely economic one anyway. If you have three homes, that’s a lot of eggs in one property basket. The government have applied punitive levels of tax to additional residences, whether they are for your own use or investment purposes. Is it worth having those aspirations any more? Or are you simply a tax honeypot for a future government?

News flash! There isn’t a housing crisis: there is a particular difficulty for those wishing to buy. For those with a home, there is no crisis – other than the slowing market created by politicians.

Research by Neal Hudson of Residential Analysts points out that there isn’t a single UK property market. He’s right. As a result, the risk dynamics depend on a range of factors from macroeconomics and cycles to microeconomics and personal circumstances. Indeed, he also suggests that depending upon where you are, there are shortages in supply, demand, right sized properties and a range of other issues. Study the local dynamics before you buy. Consider, too, that pensions — trashed and raided by politicians — are no longer fit for purpose. Property allows you enjoyment, income, capital growth protection – and fun!

Some conclude the current issues in the market are the fault of Margaret Thatcher, who triggered the sale of council housing stock. Removing the burden of refurbishing and maintaining ageing stock was an inspirational idea. It also brought aspiration to the forefront of British politics while removing a nasty and expensive legacy for the taxpayer.

Mrs Thatcher didn’t, however, replace stock. The seeds of the 2008 crash were sown. Successive governments removed mortgage tax relief (remember Miras?) and bumped up stamp duty. The market catered for those who could afford, while local authorities took as much as they could from developers. The upshot? A market that began to malfunction as we saw massive rises in value, underpinned by debt that was unaffordable.

What’s the solution for today’s millennials who want to buy property? Encourage them to do so with tax breaks for saving and then invest in a main property as a home. Or creating an arrangement where the money a tenant pays in rent goes in some way to buy shares in the property asset or the company that owns those assets; allowing renters to benefit from any rise in the value of the asset in the long term.

As for me, will I keep my third property? Of course. It’s a physical asset, limited in supply. I can use it myself or rent it out. I can keep it, sell it or raise debt against it.

And enjoy it. The ski season is on the way. In the short term there may be trouble ahead. Before they ask us to pay the bill, and while we still have that chance – let’s face the music and dance.

No, Mr Max, you do not need a third property / From John Maughan, Boscastle, Cornwall, UK