How to overturn workplace prejudice about ‘foreign’ accents

Paul Graham, co-founder of Y Combinator — one of the most influential start-up accelerators and seed capital firms in the world — caused uproar in 2013 when he said: “One quality that’s a really bad indication is a CEO with a strong foreign accent.” He argued that “anyone with half a brain would realise you’re going to be more successful if you speak idiomatic English, so they must just be clueless if they haven’t gotten rid of their strong accent.”

After a severe backlash, Graham explained that part of running a successful company is being able to communicate effectively — and that having an accent might hinder this.

His views, which are both common and influential, led me to study the stereotypes about foreign accents, and more broadly, the biases, perceptions and attributions that lead to individuals being disadvantaged at work. The reality is rather different, and offers lessons for those struggling against a wider range of prejudices.

My research shows that people with non-standard accents — such as those working in the US with Russian or Japanese accents — face disadvantages in pay, fare worse in fundraising as entrepreneurs and are much less likely to be promoted to middle- and upper-management positions.

The most commonly held view is that they communicate less well. I decided to investigate further and designed studies in which participants were randomly assigned to listen to messages delivered by a person with a foreign accent or by someone with a “standard” accent — all while controlling for attributes such as gender, race and ethnicity. 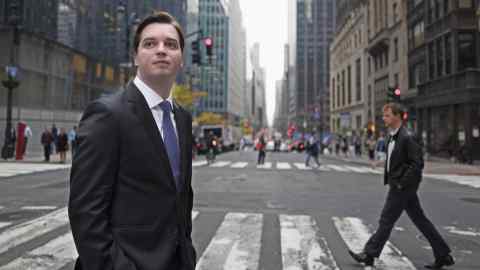 The studies indicate that workplace disparities are not actually about communication, but something more subtle — insidious even. Scholars such as Arthur Brief have found that prejudice and discrimination — on attributes such as accent, but also gender, race, ethnicity, sexual orientation, and class differences — have become increasingly subtle and covert.

This type of “modern discrimination” describes a form of disadvantage distinctive to modern, politically correct society: stereotypes and negative beliefs are often expressed only indirectly, yet are equally harmful. These differences endure because we acknowledge decisions such as promotions should not be made based on criteria such as gender, race, ethnicity or accent. As a result, decision makers establish widely acceptable criteria around attributes such as having interpersonal influence, being a team player and being forward thinking and innovative.

We can all agree these criteria are both important and impartial. Yet recruitment managers, high-level executives, angel investors and venture capitalists all overwhelmingly rate those with foreign accents to be least influential, least likely to be a team player, least innovative, and therefore least qualified for upper-level management and least deserving of start-up capital. Perceptions are formed about individuals based on their accent and ultimately this nuance explains the disadvantage faced by people with foreign accents.

There is a flip side to the research: these subtleties can also allow for opportunities in which the underestimated individuals can turn adversity into advantage. They were perceived as being less interpersonally effective, less able to negotiate important partnerships, close deals or fight for resources. But people can also redirect the judgments that others would form about them based on their accent. 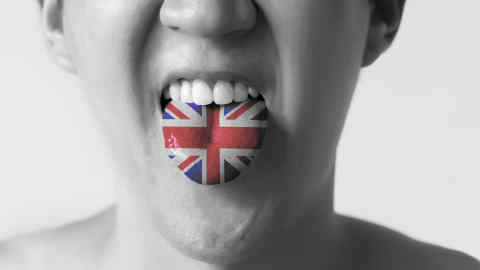 One of our job candidates said in an interview: “Though it might initially appear as if I’m quieter and less assertive, I’d love to share with you a recent instance where my team and I closed an important deal.” He was actually deemed more interpersonally effective than those with no accent.

Similarly, when one of our entrepreneurs mentioned in a pitch competition how she was able to “navigate a crowded supplier market in order to receive preferential pricing terms”, she effectively redirected investors’ perceptions. She obtained far more funding than her counterparts.

Encouragingly, the research shows that those people who are underestimated or disadvantaged can inoculate themselves against the stereotypes, biases and perceptions. There are three steps to flipping the situation: being aware of the negative attributions that others assign to them; implicit acknowledgment of these attributions in a low-key way; and linking that acknowledgment to a specific qualification or asset they bring to the table.

Put simply, we must detect and redirect. That is how we shield ourselves from — and rise above — adversity. By owning our strengths and weaknesses, flaws and perfections, and overcoming the barriers others create, while staying true to ourselves, we can create our own unique edge.

Laura Huang is the MBA Class of 1954 Associate Professor of Business Administration at Harvard Business School.

This article is an edited excerpt from “Edge: Turning Adversity into Advantage”