David Keohane in Paris and Peter Campbell in London

Stellantis, the carmaker created by the merger of Fiat Chrysler and PSA, has warned the global semiconductor shortage will hit production harder in the second quarter than in the first three months of the year.

The warning by the world’s fourth largest car manufacturer echoes forecasts from Volkswagen, which has also told its brand executives to expect a worse situation in the April to June quarter.

The chip shortage was caused by an unexpected rebound in demand for cars late last year, following the fall in demand because of the coronavirus crisis that coincided with a booming consumer electronics market.

Carmakers around the world were caught short, and had to idle or rearrange production, cutting output by up to 1.3m cars in the first quarter, according to IHS Markit.

Now, as the impact of the fire at the Renesas plant in Japan and outages in Texas due to storms begin to feed into the global supply shortages, the industry is bracing for a more prolonged impact. 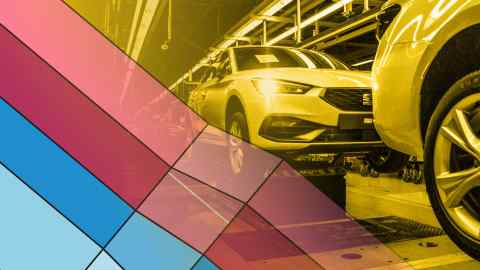 Ford, which competes directly with FCA’s brands such as Jeep and Ram, expects to lose half its production in the second quarter, in a setback that will cost the carmaker billions, while Renault has also warned of poor visibility on chip supplies rolling into this quarter.

Stellantis saw eight of its 44 global plants idled at some point in the quarter, with most of the outages affecting its North American operations.

Production losses due to the chip shortages came in at close to 190,000 units in the quarter, or 11 per cent of planned output.

However, Stellantis revenues rose 14 per cent to €37bn, due in part to higher overall volumes, while the only region where car deliveries fell was in North America.

Sales in Europe, South America, the Middle East and China all rose, as well as sales of the Maserati brand.

The group responded to the shortages by focusing on building its most profitable car models to minimise the financial hit, and by reducing the amount of inventory on dealer forecourts.

Analyst Philippe Houchois at Jefferies said the group achieved a “better volume than generalist peers so far in the season”.

The company expects “some improvement” in the second half of the year and held its margin expectations at 5.5 per cent to 7.5 per cent compared with last year’s figure of 5.3 per cent, before the groups had combined.

Stellantis expects savings of €5bn from the €50bn merger, though a strategic plan for the two businesses will not be drawn up until next year.