There is one way forward on climate change

To succeed in tackling the emergency, we need dramatic policies that are effective, legitimate and global
Martin Wolf

Climate policy is dangling between the cynicism of Donald Trump and the radicalism of Greta Thunberg. The US president has just pulled the world’s second-largest emitter of greenhouse gases out of the Paris climate accord. Ms Thunberg demands significantly more than a 50 per cent cut in global net emissions by 2030. The former is certainly irresponsible. But the latter seems inconceivable.

The exasperation of radical climate activists is understandable. Despite decades of talk, emissions of greenhouse gases and global temperatures continue to rise. If the trend does not alter soon, the chances of avoiding an increase in global average temperatures of more than 1.5C above pre-industrial levels will be zero and those of avoiding a 2C increase will be tiny.

As the IMF notes in its latest Fiscal Monitor, meeting the latter goal requires reducing emissions of greenhouse gases by a third below the baseline, by 2030. To keep below a 1.5C increase, emissions need to be half of the baseline.

The longer the delay in acting, the larger the required action becomes, until nothing can be done because it will be too late. It is already almost too late to avoid what experts view as destructive and irreversible changes in climate. For that reason, dramatic policies are needed. Yet they are feasible, argues the Energy Transitions Commission, if they are firmly implemented over the next three decades.

Unfortunately, the outright opposition of people such as Mr Trump, and the indifference of much of the population, are not the sole obstacles to success. Even some who favour action are a problem, because the climate cause is for them part of a wider campaign against the market.

Thus, many supporters of the Green New Deal view climate as a justification for the planned economy. As British journalist Paul Mason argues: “Labour wants to combat climate change through three mechanisms: state spending, state lending and the state direction of private finance.” This approach allows opponents to argue that the left is more concerned with destroying market economies than saving the planet. The mess created by trying to plan an economy into zero net emissions in a decade might bring all attempts at mitigation into disrepute.

In any case, climate change will not be solved by one country. To succeed, policy must be effective, legitimate and global.

To be effective, policy must combine planning, regulation, research and incentives. There is strong justification for government actions in research, spatial planning and finance. But there is also a need for incentives aimed at shifting behaviour. Command and control are rarely as effective all on their own.

The IMF report suggests $75 a tonne of carbon might be the price in 2030 consistent with keeping the temperature increase below 2C. Today, while there are a host of pricing arrangements, the prices themselves are mostly far too low and variable over time and across countries to be useful. Yet, in principle, a carbon tax, or an emissions trading system with a price floor, is the most effective (because most comprehensive) way to influence emissions.

Schemes that generate fiscal revenue ought also to be attractive to politicians, because the money can be used for other valuable purposes. Taxing a “bad” (a form of pollution, in this case) always offers an opportunity to improve taxation or raise valuable spending.

An important point made by the IMF report is that such countries as China and India could benefit especially from a reduction in local environmental pollution, because of the benefits of reduced use of coal. It is also vital that these countries do see such benefits from use of carbon taxes, because they are going to have to play a big part in bringing about the needed reductions in global emissions (relative to the baseline). It is in these countries, too, that a huge part of the needed investment in new energy systems must be made. So incentives matter greatly.

To make policy legitimate, it is essential to compensate losers. It is not true that the poor are always proportionately most adversely affected by higher energy prices. But protests by the rest of the population matter, too. Compensation for higher fuel prices needs to be visible. As important, a convincing vision of a better future must be offered. Otherwise, the necessary changes in policy will never be accepted.

What is the future of flying? Live reader event 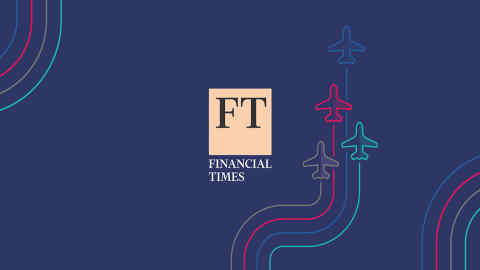 Finally, policy has to be global, with all the bigger economies involved. This creates huge problems of equity. Clearly we are never going to reach a perfect solution. But some solution will have to be found in generous assistance from high-income countries to emerging and developing countries, especially with the introduction of new technologies. This also raises an important question: what is to be done with free-riders and, above all, the biggest free-rider of all, the rogue US? The answer in principle is clear: it will have to be penalised quite heavily. If we accept, as we should, the urgency of the challenge, this follows quite naturally.

What, then, is to be done? The answers include a programme of action over three decades, starting now; pragmatic resort to all policy tools, including market-based incentives; use of the revenue raised from carbon pricing to compensate losers and make the tax system and climate mitigation more efficient; a stress on the local environment benefits of eliminating the use of fossil fuels; and, above all, a commitment to climate as a shared global challenge. In an era of populism and nationalism, is there any chance of all this? Not obviously, alas. If so, we will indeed have failed. But the young are surely right to expect better.

Climate change has to be the first priority for us all / From Julia Simons, Cambridge, UK

International law must be brought to bear on climate / From Michael Hausfeld, Chairman, Hausfeld, Pro bono legal advisers to 16 youth petitioners to the UN 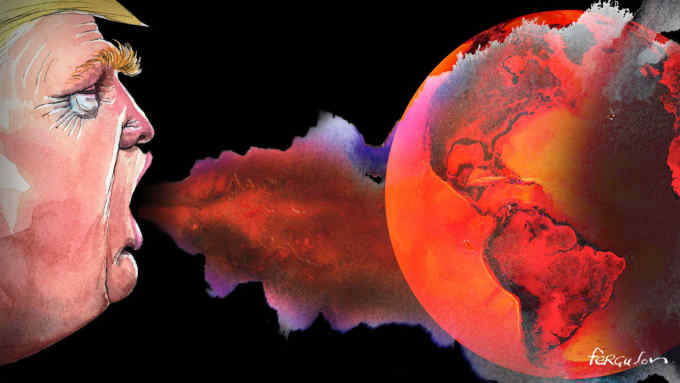