When politics and social media collide

Leaders can connect with followers as never before, but boosting engagement is tricky

Technology has been as disruptive in politics as in every other sphere of life. For one thing, it provides us with insights into the thinking of the world’s politicians in a way that was never before possible.

For example, to see what goes on inside Donald Trump’s mind you can study his personal Twitter account (12.5m followers). In August, when NBA player Dwyane Wade spoke about the shooting of his cousin in Chicago — a city the Republican nominee has repeatedly cited as exemplifying America’s woes — Mr Trump jumped straight in: “Dwyane Wade’s cousin was just shot and killed walking her baby in Chicago,” he tweeted. “Just what I have been saying. African-Americans will VOTE TRUMP!”

Critics rushed to their keyboards to condemn the billionaire for tasteless opportunism. However, unfiltered by press advisers, the Republican presidential candidate continued to tweet with bombastic aggression.

In October, as Republicans deserted Mr Trump following a spate of bad publicity, he declared on Twitter: “It is so nice that the shackles have been taken off.”

The interplay between politicians and social media was an important part of Dave Eggers’ satirical book, The Circle. This is about a fictional Californian tech company emerging as the dominant social media, email and messaging platform. The novel, a warning against the internet’s remorseless creep into people’s private lives, featured politicians agreeing to allow cameras to film them during their waking hours.

We are not at that point yet, but world leaders and their wannabe replacements can now have unfiltered communication with online followers.

Democratic candidate Hillary Clinton, who has 9.8m Twitter followers, has used social media to hit back at Mr Trump’s criticisms. Meanwhile, incumbent US President Barack Obama has more than 78m followers on Twitter, while India’s prime minister Narendra Modi has more than 23m.

Politicians have a choice. Some show their true selves on the internet, with the risk of enraging or offending voters. Others hide behind professional, bland accounts, with the risk that they can be seen as characterless.

Social media is also disrupting the relationship between politicians and older news groups. In days gone by, a politician might simply give an interview or an opinion piece to a television station or newspaper. But newspaper sales are in decline and media groups rely ever more heavily on websites. To lure eyeballs to online articles they now use social media to attract attention.

At the same time, politicians are trying to find new ways to reach people who are increasingly consuming news through online platforms.

In the UK, online campaigning helps political parties get round the ban on political advertising on television.

They can use a scattergun approach to the internet in a way that they could not with traditional media. “Political parties used to put a huge amount of effort into one thing,” says James Morris, partner at Greenberg Quinlan Rosner Research, a consultancy.

“Now they can create 150, and if only three go viral then it has been worth it.”

“I think there is a generational issue. For people over say 35, social media is a distinct thing, it is one among many types of media,” he says. “For younger people it is their main source of media, so social media is media for them. A 22-year-old is unlikely to be watching the 10 o’clock news on television.”

The old system of media “gatekeepers” has its critics — on both the left and right — who accuse newspapers of slavish adherence to the agendas of their owners.

Jeremy Corbyn, the main opposition Labour party leader, has praised social media as an alternative way to reach big audiences. He wrote on his Facebook page in May: “When in one week, we can get 1m-2m people watching online a message . . . it is a way of reaching past the censorship of the rightwing media in this country that has so constrained political debate for so long.”

Disrupters
From ‘Yes we can’ to #JezWeCan victory 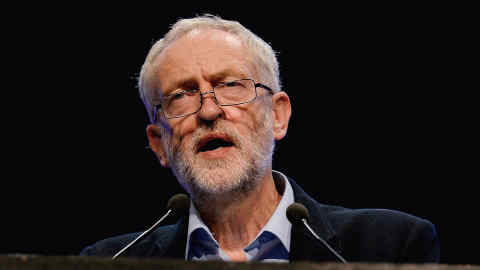 He may be underestimating the reach of television and newspaper websites, which still command large — albeit ageing — audiences. He may also be neglecting how mainstream media content — often short clips, shorn of context — is often shared repeatedly on social media, magnifying its impact. But Mr Corbyn has amassed an online army of supporters, able to produce much-shared messages at short notice demonising his rivals as “Red Tories” or “Blairites”.

Social media tends to favour posts that are funny, surprising or shocking over complex material. The campaign for the UK to leave the EU harnessed social media to spread its basic message about “taking back control”, an end to multimillion pound payments each week to Brussels and cutting immigration, without delving into much detail.

Some academics and journalists fear that the shattering of the old systems is allowing myths, lies and distortions to spread like wildfire through our interconnected screens. “When the prevailing mood is anti-elite and anti-authority, trust in big institutions, including the media, begins to crumble,” wrote Katharine Viner, editor of The Guardian earlier this year.

A baseless anecdote about a prime minister inserting his private parts into a dead pig’s head? MI5 working to undermine Jeremy Corbyn? All sorts of unverified material can go viral swiftly.

Equally, mass bullying can be unleashed to repress opposing views. For example, Labour MPs who in 2015 defied Mr Corbyn to vote in favour of bombing jihadis in Syria were subjected to online abuse from leftwing activists.

Politicians more generally also have to live with unprecedented online acrimony. “You should see the replies I get on Twitter, just comment after comment, aggressive, poisonous,” says a former Labour cabinet minister. 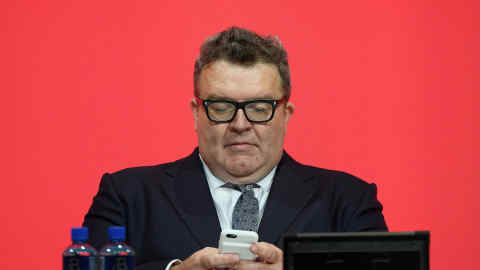 The often wild tendencies of the online world may seem to be the spontaneous actions of a newly liberated public to express their views.

Yet some organised groups, including governments, are taking advantage of such systems. The Kremlin, for example, has hired hundreds of citizens to spread pro-Russian messages on social media in so-called troll farms.

Then there is the problem of the “filter bubble”. Sites such as Facebook, which has 1.7bn users, are increasingly tailoring content for consumers to restrict you from seeing posts deemed to be of no interest to you. This makes it less likely that anyone will encounter material challenging their world view.

It is true that old media also tended to divide readers, typically by educational status or by political leanings: in the UK, not many people read both the Daily Mail and The Guardian, for example.

But the echo chamber effect of social media can lull activists into thinking they are gaining support when they are reaching only hardcore followers.

Charlie Beckett, professor of media and politics at London School of Economics, says platforms such as Twitter are political bubbles rather than megaphones. “Twitter can’t be used to identify swing voters and nudge them to vote for you.” He warns that Mr Corbyn’s supporters are failing to reach beyond the converted.

“His base is criticising anybody who doesn’t share their hive mind, and that’s the opposite to what you need to do to win a general election,” he says.

There are no signs social media is softening the global disenchantment that electorates feel about political elites.

Ed Balls, the former UK shadow chancellor who lost his parliamentary seat in 2015, says a well-organised social media “surge” can recruit members and generate excitement faster than ever before. “But social media cannot begin to explain, at root, why politics today is in such turmoil. It is a magnifier of events but it doesn’t change the fundamentals.”

And Greenberg Quinlan’s Mr Morris says our fascination with politics is fickle. “Interest in politics on social media tends to spike at election times or during the referendum campaign, then go down again.”