Just over a year ago, Susan Fowler’s blog about sexual harassment at Uber started a public debate over sexism and discrimination in Silicon Valley, a discussion that led to several prominent venture capital investors and executives at technology start-ups stepping down from positions of power.

A year on, some of those men have re-emerged in other senior roles, and the focus of the sexism debate has moved to Hollywood and beyond, raising questions about whether there has been lasting change to the Valley’s “bro culture”.

There are, however, small signs that the tech and venture capital industries are becoming more female-friendly.

“We’re in an exciting time where women in venture capital and technology are coming together to provide opportunity and mentorship for each other,” says Meghan Cross, managing partner at Red Bear Angels, which funds entrepreneurs from the alumni of Cornell University in New York. The gender gap is wide: only 17 per cent of venture-backed companies were founded by women, says the business researcher Crunchbase, a proportion that has been flat since 2012. It also says just 8 per cent of investing partners at the top 100 venture capital firms are female.

However, the appointment of women to leading jobs in tech-focused venture capital firms has been seen as a positive signal. “Two years ago, you would have seen women coming in at junior level but mentors at the senior level wouldn’t have been as obvious,” Ms Cross says. “Now we’re correcting for that.”

In 2016 Sequoia Capital hired Jess Lee as an investing partner, making her the first senior female US investor in its 44-year history. Last year, Benchmark Capital — an investor in companies such as Twitter, Snap, eBay and Yelp — hired its first female general partner, Sarah Tavel. “These are two of the most well-known, prolific and successful firms in the Valley, and the fact they have female partners means we have the spark of the right things happening,” says Kate Mitchell, a co-founder and partner of Scale Venture Partners, a California firm that invests in tech start-ups.

“Having women at the top changes the dynamic,” adds Ms Mitchell, who is also co-chair of the Inclusion & Diversity Task Force at the National Venture Capital Association in the US. “It’s about seeing different portraits of what success looks like.”

Of course, while it is one thing for firms to bring women in at a senior level, the industry also needs to demonstrate that women can join in positions such as principal and associate and move up from there to the partner track. Here, there is less evidence of progress and barriers to entry for women persist.

“It’s unconscious bias,” says Nisa Amoils, an entrepreneur and a venture partner at Scout Ventures in New York. “There’s no lack of women who want to go into venture, but it’s an inhospitable environment.”

This bias has an effect on entrepreneurship. Research published last year in Venture Capital, the quarterly journal, found that start-ups with all-male leadership teams were four times more likely to secure venture capital funding than enterprises with even one woman leader.

In research by First Round Capital, a seed-stage venture firm focused on technology entrepreneurs, two out of three women founders said their gender hindered their ability to raise funds.

Another reason many venture capital firms have been slow to hire women is that they have not made the business case for gender diversity, says Alice Lloyd George, a principal at RRE Ventures in New York, which focuses on companies in areas such as fintech, 3D printing, digital media and robotics.

“A lot of firms have thought about hiring a female partner, but the real challenge is getting these partnerships to understand the value of adding diversity,” she says. “It’s important not to do it just for tokenism.”

To address some of these barriers, grassroots initiatives have been launched. SheEO, a global entrepreneur marketplace for women, finances and backs female founders by bringing together female “activators” who each contribute to a pool of funds loaned out at low interest to women-led ventures.

However, Ms Amoils argues that it will take more than grassroots networks to achieve a gender balance in the technology-focused venture capital sector. “It’s great to have places to send female entrepreneurs for capital,” she says. “But we need top-down macro solutions to really move the needle.”

This includes pressure from the institutional investors — from pension funds and university endowments to sovereign wealth funds — that put money into venture capital funds.

Some investors are starting to ask questions about diversity and female and minority ownership percentages, says Ms Amoils. “But the data still hasn’t been conclusive on whether they’ve made shifts.”

In the end, what may drive change is evidence that having more female venture capitalists means better returns. First Round Capital’s “10 Year Project”, which assessed the firm’s 300 investments over a decade, found that companies with female founders outperformed those with all-male founding teams (in terms of the appreciation in value from the firm’s original investment) by 63 per cent.

READ MOREBrie Code
How to create computer games for women 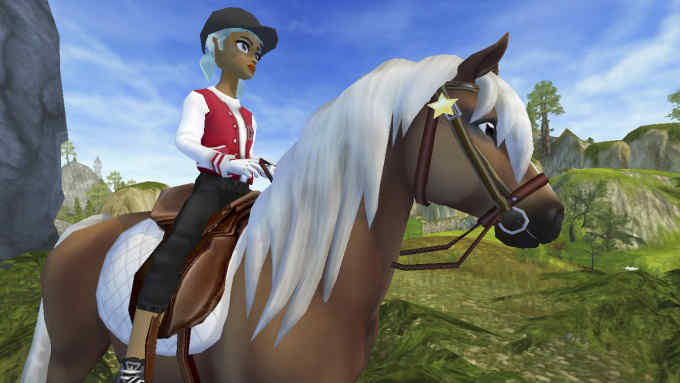