US financial advisers struggle to overcome their lack of racial diversity

Financial firms across the US rushed to display their commitment to racial justice and diversity after the killing of George Floyd in police custody in May, an event that sparked weeks of international protests.

Along with several large banks, independent registered investment advisers (RIAs) have made commitments to improving the lot of minority groups. Kansas-based Creative Planning, for instance, plans to donate $12m over 18 months to support social reforms and financial literacy for communities affected by racial injustice.

Yet despite these impressive pledges, the financial advice industry has a higher proportion of white employees than most other sectors in the US. And employers in the industry so far have largely failed to quantify what they have done to narrow pay gaps measured against race and gender in recent years.

Only 3.8 per cent of the industry’s more than 87,000 accredited professionals are black or Latino, according to the Certified Financial Planners board, the industry body which sets standards in financial planning. This compares with the roughly 20 per cent of US workers who identify as non-white or Latino, according to 2019 data from the US Bureau of Labor Statistics.

Several factors explain the paucity of non-white employees in the financial advisory profession, says DeLynn Zell, chief executive officer of Bridgeworth Wealth Management in Birmingham, Alabama. But “a lack of awareness about our industry” among minority communities exacerbates the problem.

“I get resumes all the time and I can't tell you the last time I've had an African-American apply for an advisory position,” Ms Zell adds. “We have got to help promote our industry in those communities. We can make a targeted effort.”

Monica Stoudemire, the company’s chief compliance officer, is a black woman who started as a part-timer in a non-advisory role while still in college. She then went to law school and later returned to the firm.

With the exception of a summer intern, she remains the only black employee at Bridgeworth, she says. So she was not surprised when Ms Zell recently asked her to chair the firm's first diversity and inclusion committee. Ms Stoudemire says she expects to encounter a lack of knowledge about the financial advisory industry when she reaches out to the black community.

Understand that you’re going to make mistakes. This is tough. You’ve got to be vulnerable

The industry often deters young people who “maybe haven’t been exposed to managing money”, says TD Ameritrade’s Kate Healy, a managing director who promotes initiatives to attract under-represented groups into the profession. “There are ways that we can bring people in. And that's going to help showcase more people of colour in the industry,” Ms Healy says.

But industry leaders are starting to say out loud what Ms Stoudemire, Ms Healy and others have long recognised — that employers' diversity efforts have thus far been too shallow and vague.

Charles Scharf, chief executive at Wells Fargo, one of the largest US banks and which also has an RIA business, said recently: “The pain and frustration with the lack of progress in both our country and at Wells Fargo is clear. Wells Fargo has not been effective in creating enough diversity.” In June, Mr Scharf introduced a plan to link senior managers' compensation to diversity hiring benchmarks.

To guard against unconscious bias when hiring, Ms Healy says firms should have panels of at least three interviewers and adhere to a largely pre-scripted set of questions.

FTfm
US investors demand data in fight against racial discrimination 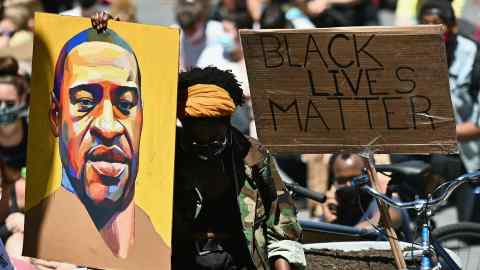 To expand the pool of non-white candidates, Ms Zell and other advisers are considering looking to university financial planning programmes to attract students from minority backgrounds.

Terrance Martin, an assistant professor of financial planning at Utah Valley University, says earmarking scholarships for these groups could boost diversity in the industry. “We have to incentivise people who would traditionally shy away from this profession,” Mr Martin says. To that end, earlier this month the large brokerage Charles Schwab announced a $3.5m fund for scholarships to financially support black students studying financial planning at universities.

Advisers should not expect an easy ride as they attempt to change their approach, warns Ms Healy. “Understand that you’re going to make mistakes. This is tough. You’ve got to be vulnerable . . . these are not easy conversations to have and we're watching that play out on the world stage right now,” she says. 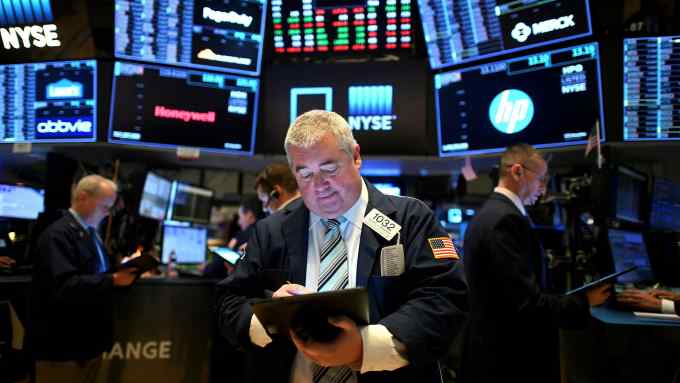