When it emerged on October 2 that Donald Trump, the US president, had contracted Covid-19, the White House decided against tracing people who had been in close contact with guests at a September 26 event in the Rose Garden. That reception for Amy Coney Barrett, the US Supreme Court nominee, was later described as a “superspreader” — a source of many new coronavirus cases.

The failed opportunity to use contact tracing disappointed proponents of what is seen as an important weapon in trying to suppress the pandemic. Contact tracing maps people who have been near an infected person in order to identify candidates for treatment and to stem the spread of the virus.

Its use after the White House event would also have raised awareness of contact tracing itself, experts say, and demonstrated its benefit alongside more basic prevention measures including masks and testing.

In the UK, events at 10 Downing Street this week stand in stark contrast. Prime Minister Boris Johnson tweeted on Monday that he had been “pinged” by NHS Test and Trace, the UK’s contact tracing system, and would self-isolate as directed.

“Contact tracing isn’t new,” says Jeffrey Kahn, a specialist in bioethics and public policy at Johns Hopkins University, Baltimore. It has helped track sexually transmitted diseases for decades as well as Sars, Mers and Ebola in this century, mainly in the doctor’s office or via telephone interviews.

What is new is the digital element. “Essentially we’ve been using it during the current pandemic before it was even beta-tested,” says Prof Kahn, whose guide on ethical digital contact tracing has been downloaded 170,000 times.

While phone interviews still play a part, big data and mobile phones have transformed the process, says Prof Kahn. That raises ethical issues that governments will need to address.

Public engagement together with transparency over how data is gathered and used are essential to an inclusive and successful digital public health response, says Prof Kahn. “The public should know how their data is being obtained and agree to its use.”

“Centralised databases that track individuals’ movements and associations raise much greater privacy concerns than systems that alert users about exposures but store the relevant data in a decentralised manner, on users’ own phones,” she says.

Trust is key to an effective pandemic response, Prof Daskal says. While digitalisation has changed our sense of what is purely private or public, society is more sensitive to potential abuse of personal information.

“We share our location data with navigation apps and post our lives on Facebook, but we’re also aware of increasing threats from hacks and misuse of our data,” she says.

For Prof Daskal, privacy is affected by three key choices made by the developers of contact-tracing systems. These are:

Design decisions such as opt in/ opt out can limit effectiveness. A mandatory contact-tracing system, for example, will reach more people but it also encroaches on civil liberties.

“Therein lies the dilemma. Privacy is not an absolute right and has never been understood as such,” says Prof Daskal. “But in general, good privacy and good health should be understood as working hand in hand.”

In April Apple and Google announced a partnership to develop a Bluetooth-based, decentralised opt-in contact-tracing platform in the operating systems of Android and iOS phones. They effectively set the standard for apps worldwide (the UK ditched its homegrown attempts in favour of the Apple-Google model in June).

Siim Sikkut, chief information officer in the government of Estonia, says it was almost inevitable that most of the world would adopt the Apple-Google protocols. 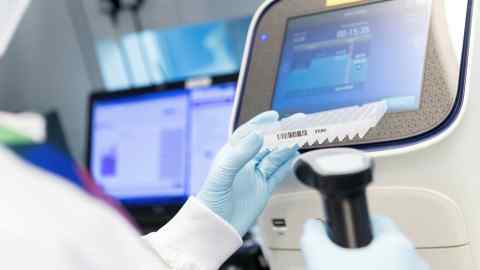 “It made using iOS and Android phones much simpler, and allowed you to concentrate on the customisations needed in your particular country,” says Mr Sikkut, who adds that his country prides itself on being a digital native, with “99 per cent of governmental services online”.

When it came to tracing the spread of Covid-19, Estonia already had experience tackling the challenge of privacy versus utility in a public health system, or indeed any digital system. Estonians have been able to view their medical records online for more than 10 years, as well as a log of people who have seen them.

Every country will have its milieu against which technologists set their approach, says Jason Bay, who led the development of TraceTogether, Singapore’s contact-tracing app. In a city-state of more than 5.6m people, known for prizing stability and security, the opt-in app has been downloaded 3m times so far.

Singapore’s alternative system uses an open-source protocol called BlueTrace, developed by the Singaporean government and now adopted by countries including Australia, Poland and Canada. While the Apple-Google protocol stores and processes data on the individual’s mobile phone, Singapore’s system decentralises data collection and storage but centralises data processing and alert notifications by the country’s health authority.

“The Covid-19 pandemic is ultimately a public-health crisis,” says Mr Bay. “You don’t start by trying to solve a privacy issue and then hope that your solution also just happens to address public health objectives.”

The case studies below are a shortlist of entries to the FT Intelligent Business awards event held online on November 19.
All the entries showcase the combined use of data and tech in business operations. Source: RSG Consulting 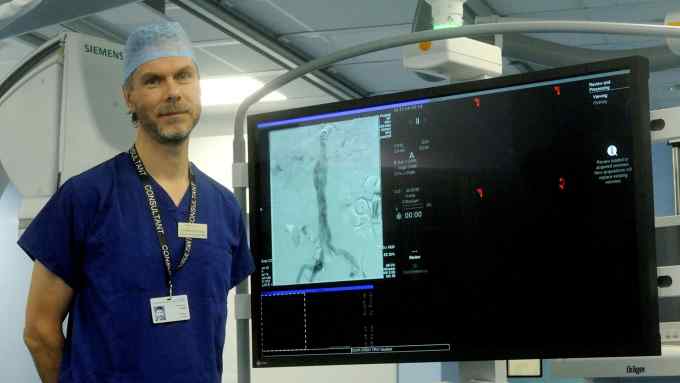