What millennials want from their personal finances

In brightly coloured adverts on London’s underground, investment company Wealthify tries to grab the attention of aspiring savers not by highlighting potential returns or its low barrier to entry. It proffers instead a more unusual pitch to catch commuters’ eyes. “Want to invest ethically?” one advert reads. “Stay true to your values.”

The advertising campaign speaks to the tactics companies are using to try to attract younger customers to saving and investing, a group which presents a unique blend of difficulties and opportunities.

If generations are shaped by their economic circumstances, then millennials have had a raw deal. Many of this cohort became adults during the financial crisis of 2008 and the subsequent global recession, and are suffering the consequences of when they were born. In the US, research published last year by the Federal Reserve concluded: “Millennials appear to have paid a price for coming of age during the Great Recession.”

Companies are responding to a generation with shifting financial needs and priorities, and in some cases new interpretations of financial wellness which prioritise personal experience and values over traditional metrics such as investment or home-ownership.

The Federal Reserve’s paper showed that millennials in the US, loosely defined as people born between the early 1980s and late 1990s, are less well off than members of previous generations at the same age and have lower earnings and fewer assets. They hold similar levels of debt to Generation X — the previous generation — and more than the ‘baby boomers’.

“Millennials are stressed out about their finances,” says Lorna Sabbia, head of retirement and personal wealth solutions at Bank of America. “Even just the definition of what adulthood means to this population is now financial independence. It is no longer about buying a house or getting married, it is all about independence.”

In developed countries, the financial security available to older generations — from good pensions to being able to afford a house — has vanished. In its place have followed fresh burdens including the insecurity of the “gig economy” and student debt, which has spiralled. Americans owed roughly $1.5tn in student loans at the end of March, more than twice the figure a decade earlier, according to Pew Research.

Some age-old questions persist in this new world. One pressing example is how do you persuade a young person to plan for their retirement?

One in four millennials with a 401k plan — a US defined-contribution style pension scheme — has already taken some cash out of their portfolio, Ms Sabbia says.

She adds that companies looking at how to tailor workplace benefit schemes to suit younger people should ignore the “lie” that millennials seek help only online and offer both electronic and in-person services to discuss budgeting, debt and retirement planning.

Blending tools such as online tuition videos and debt calculators with professional advice and a review of personal financial situations can help younger customers to start saving. Ms Sabbia concedes it is not an easy challenge. “They feel like, ‘I am just trying to get out of my parents’ house, how can I wrap my head round one day not [working]?’”

Among the challenges millennials pose to companies is their low opinion of business, according to surveys, as well as a fresh set of priorities. Deloitte’s 2019 Global Millennial Survey, which canvassed 13,000 people in 42 countries, found that seeing the world was the generation’s top priority. Of those surveyed, 57 per cent aspired to travel, against 52 per cent who wanted to earn a high salary and 49 per cent who listed buying a home.

“What money that they do have they would rather spend on experience than taking on more debt,” says Christine Selph, who led the development of the Deloitte survey.

Millennials are also increasingly wary of the motivations of businesses — the number of respondents who said business has a positive impact on wider society fell to 55 per cent this year. Companies are responding by innovating, offering a range of products to lure young customers into saving, investing and watching their spending.

Michelle Pearce-Burke co-founded Wealthify, whose adverts on London’s underground target potential ethical savers. Aged 25, she was working for a wealth management firm and felt there was no service in the market which met her needs.

When one of us got an app which lets you invest spare change they came in and told everyone about it. Now everyone is on it

The company, in which insurer Aviva acquired a majority stake in 2017, offers investors access to low-cost investment plans through Isas and general investment accounts from just £1. It prioritises accessibility and usability, including via its mobile app.

“I think people feel blocked out of the market; they don’t understand it,” says Ms Pearce-Burke. “We wanted to create a service accessible for everyone. It is amazing when you are speaking to customers how low the level of financial literacy is.”

Business has not sat on its hands. With millennials expected by a PwC estimate to make up more than 50 per cent of the global workforce by next year, companies are responding. In the US, more than half now offer financial wellness programmes, according to Bank of America — double the proportion four years ago.

Several millennials the FT spoke to who worked in large multinational companies felt they were being offered genuinely useful financial help, but the changing nature of the workplace has also led some young people to rely on more informal practices.

Jack, a 30-year old who works for a US-founded start-up with offices in London which largely employs freelancers, said staff educated each other. “If it is a thing at our workplace it is informal, not institutional,” he said. “When one of us got an app which lets you invest spare change they came in and told everyone about it. Now everyone is on it.” 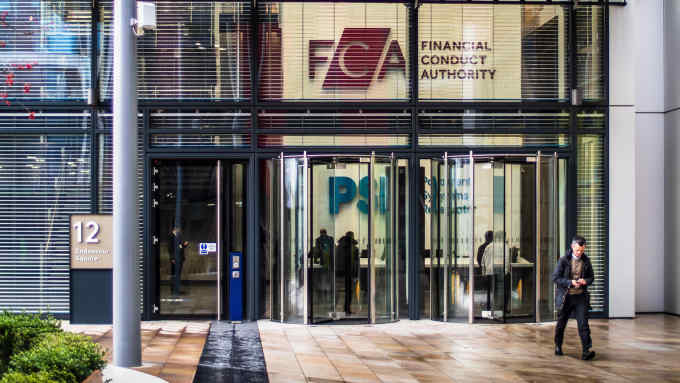