ESG rush opens opportunities for betting against the angels 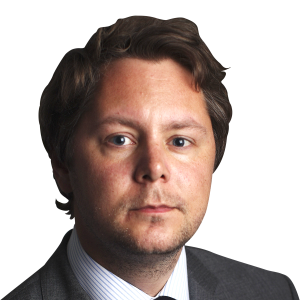 Over the next decade, an ungodly amount of money is going to be made out of environmental, social and governance-oriented investing. Unfortunately, much of it will probably be made by betting against the angels.

The ESG phenomenon is unquestionably one of the most powerful forces in markets at the moment, with investment groups locked in a frenzied game of one-upmanship, each competing to take ESG more seriously than the next — or at least appear to do so.

Setting aside the moral imperatives, the commercial rationale is clear: ESG funds have attracted about $340bn over the past two years, according to EPFR, almost twice as much as the rest of the stock fund universe combined.

This is positive. Market signals matter in a capitalist system, and right now markets are screaming at companies to get their act together — sometimes in admittedly weird ways. Volkswagen’s ham-fisted April Fools’ Day joke that it was renaming itself “Voltswagen” to tout its electric vehicle credentials lifted its stock more than 12 per cent.

However, investors who have been lulled by optimistic backtests and wishful thinking into assuming they can do well from doing good could end up disappointed.

History offers some clues. A seminal 2008 paper led by finance professor Frank Fabozzi examined the impact of investor aversion to companies in industries such as tobacco and gambling. It found that “sin stocks” generated excess returns in all 21 countries studied in the 1970-2007 period, and double-digit returns in 16 of them. The results were corroborated in another study by Harrison Hong and Marcin Kacperczyk, which found that less “norm-constrained” investors such as hedge funds reaped the benefits of those extra returns, while pension plans lost out.

There are many reasons for this. Because some investors avoid them, sin stocks are systematically cheaper than their fundamentals would suggest. Sinful industries enjoy what are in effect “societal moats” as new competitors would struggle to raise capital. That protection against normal competitive pressures allows them to reap bigger profits. The corollary to divestment campaigns that raise the cost of capital for controversial companies is an increase in return for investors willing to ignore the social opprobrium that they might incur.

The idea of a “sin premium” that socially obtuse investors can harvest is now being challenged. A bunch of recent research indicates that tilting towards stocks that score better on ESG metrics is at worst neutral for returns. Some studies find that they actually enhance performance. In other words, investors can have their cake and eat it too.

The data seem to bear this out. MSCI’s global index of “ESG leaders” has returned 164 per cent over the past decade, actually narrowly outperforming the conventional gauge it is designed to mimic. A recent NYU paper found that a majority of more than 200 ESG studies published since 2015 concluded that ESG boosted returns. Indeed, even Fabozzi revisited his paper in 2017 and found that the positive performance of sin stocks faded once one adjusted for factors like the size of companies.

The problem is that when one wants to find a pattern in the data — such as how doing good enhances returns — it is very tempting to contort the data to show it, or to not interrogate it sufficiently critically.

The result is a world where investors bemoan the paucity of decent investment opportunities, but will invest in Tesla at 1,000 times its expected earnings or lend money to Greece for 30 years at less than 2 per cent a year, while blanching at taking a punt on ExxonMobil’s 6 per cent dividend yield. An apples-to-pears comparison, but still illustrative of an eye-catching phenomenon.

The result is an enormous opportunity for norm-agnostic investors willing to lean against the ESG wave. If public markets continue to become inhospitable to iffier companies, private equity is likely to be a big beneficiary. This should not be construed as an argument against the importance of ESG investing per se. But sometimes, virtue has to be its own reward.