In June, the US Securities and Exchange Commission approved new rules regarding the advice savers receive about their investments. The changes, the agency said, would strengthen consumer protection without imposing onerous costs on practitioners.

Yet a debate is raging over whether the measures offer sufficient protection to investors deciding whether to transfer retirement funds into other accounts.

Money transfers from employer-sponsored schemes, commonly 401(k) or 403(b) plans, into individual retirement accounts managed by a broker are called IRA (Individual Retirement Account) rollovers. But many observers warn that rollovers mean higher commissions paid out to brokers as well as higher expenses borne by the investors. At retirement, that loss of value to their retirement savings could be hard to make up.

By last year, nearly 19m Americans had rolled over retirement assets from work-based retirement plans into IRAs, according to Investment Company Institute, an industry body.

The new SEC rules mandate brokers to put their client’s interest before their own, a higher standard than before. Brokers now need to have a “reasonable basis” to believe the IRA rollover is in the customer’s best interest “at the time of the recommendation”.

Though the brokerage industry has broadly welcomed these changes, they have nonetheless attracted criticism from some Democratic politicians. Critics say the regulations are diluted compared to a now defunct fiduciary standard proposed by the US Department of Labor. That standard was introduced under former president Barack Obama but abandoned under the current Trump administration.

Fred Reish, a partner at Drinker Biddle & Reath and fiduciary expert, says “advisers almost universally recommend participants take their money out of plans” and roll them over because they are paid for investments placed in the IRAs.

John Lukanski, a partner at Reed Smith, says he has “ugly stories” about brokers switching client accounts to secure compensation. “The type of an account is just as important a decision” as the investments you make in the account, he says, though he explains that IRAs are not necessarily worse than 401(k)s as long as a suitable account is chosen.

Kevin Mahoney, an adviser at Mahoney Group of Raymond James, believes the ugly stories are few. “I don’t think it’s as systemic as some folks would have you think. Those bad actors are few and far between.”

But Karen Casillas, an FT 401 adviser with CapTrust Financial, argues the regulation has fallen short. “I think we have let investors down. There are far too many loopholes to get around,” she says, adding that there is not enough supervision for those “who don’t necessarily do the right thing”.

The SEC says brokers must disclose conflicts of interest including details such as commissions and fees they derive from transactions recommended to clients.

Ms Casillas gives an example of where an adviser on a 401(k) plan at a company convinced workers to rollover into another plan with mediocre returns where he collected relatively high commissions.

She says disclosing conflicts of interests is not enough. She hopes the industry can still do more to eliminate those conflicts, adding investors who tend to be disadvantaged are commonly “more unsophisticated, and don’t have access to be able to fully vet things”.

The SEC says advisers must compare the IRA and the employer-sponsored plans on a wide variety of factors prior to making the recommendation to rollover. Those factors include investment risks, plan benefits for clients, costs associated with either plan and peripheral services offered by the plans.

However, the regulator says the parameters it lays out are not meant to be exhaustive and the relevance of each factor in determining best interest would vary by investor.

Some advisers worry that the SEC’s parameters could lead the rollover recommendation to be judged only from the cost perspective, disregarding other factors involved in the decision-making.

“What I’m afraid of is that this becomes all about price. And price isn’t necessarily the most important thing,” says Mr Mahoney.

Kevin Clift, an FT 401 adviser at RBC Wealth Management, agrees. “If you’re doing a comprehensive plan for somebody and give them advice,” he says, “that’s going to cost a little bit more” than somebody with assets in a 401(k) plan.

Mr Reish says if the SEC aggressively enforces regulation and interprets it in favour of investors, it will work to curb inappropriate rollover advice to investors. “That’s because the rules are principles-based and vague, meaning that the key is how the SEC enforces them,” he says. “If the SEC has a ‘light touch’ approach to enforcement, the new rules for rollovers won’t make much of a difference.”

Most broker-dealers have mechanisms that can tell when the money in an IRA account has come from a rollover, says Mr Lukanski. To enforce the new rules, the regulator can use such mechanisms to examine cases where rollovers are recommended. The SEC could then seek relevant paperwork or comparisons the broker undertook at the time of making the recommendation to adjudicate if improper advice was given.

So, when does it make sense for someone to make an IRA rollover? It depends on the person’s career path, home circumstances, risk appetite and life goals, say advisers.

According to ICI, people often make rollover decisions when they move jobs, opting to not leave accrued money with their former employers’ plan. Advisers say another reason for switching is that IRAs open investors up to a wider selection of investments.

But the SEC warns that brokers should not rely on IRAs having “more investment options” as the basis for justifying a rollover recommendation to a client.

A move out of an employer-sponsored programme can be expensive. Mr Clift says “costs should be lower staying in the 401(k)” at a large company with a sizeable retirement plan.

Larger employer plans have other benefits too, such as lower expense ratios, keener prices for investments and additional services in some cases, such as individual financial advice for plan participants. 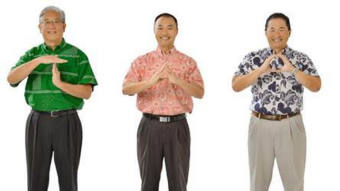