Your husband dies. You are grieving (in most cases). It’s just miserable.

On the plus side you know you don’t have to worry too much about money. Your husband had a long career with one of the UK’s big companies; he had a fabulous defined benefit (DB) pension (he didn’t seem to want for anything for ages); and on his death you know you are still entitled to receive 50 per cent of it until your own death (DBs differ, but this is normal).

You call the scheme to sort out the payments. Then the shock comes. The pension no longer exists. Your husband had transferred it out of the scheme, popped it into a new pension wrapper and, under the new pension freedom rules, spent the lot — or at least a good part of it.

Sounds impossible? It isn’t. It shouldn’t happen, of course. It isn’t that easy to find a financial adviser who will arrange a defined benefit pension transfer: the default is that it is a bad idea to swap the joy of an inflation-linked stream of lifetime income for the responsibility of a lump sum. Any that will should most certainly check along the way that an affected spouse has been consulted.

But there is no need for that to be formalised or verified and the spouse signs nothing and receives no documentation. So it can all happen without her (and, I’m told, already is).

I suspect that you, like me, would like to think that this kind of thing won’t happen very often. A lot of people might think they can do better with the cash in hand than with an annual income. But who would make a decision such as this without consulting stakeholders? After all, a pension is surely not just owned by its primary beneficiary but by all its beneficiaries — which is, incidentally, why they loom so large in divorce cases.

I have a horrible feeling the answer might be more people than you’d think. Why? Because men have form with extreme pension selfishness. Look back to the days before the pension freedoms, when you were obliged, if you had a defined contribution pension rather than a DB one, to use it to buy an annuity to provide you with an income for life. 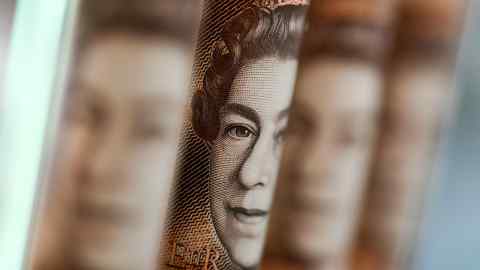 Why? We could be generous and say that it comes down to lack of adequate provision of education about the other possibilities. But it’s also worth noting that a single-life annuity pays a much higher upfront income than a joint one. More for you, less for beneficiary number two.

Does the theme sound familiar? It’s harder to transfer out from a DB than to tick the “single” box on an annuity form (much, much harder). But still, you see why I worry — and why pension trusts should worry as well. I will be more sad than surprised when we start getting a letters from shocked widows (or widowers).

The good(ish) news is that this is probably not going to be an issue for most of today’s couples — because they’ll be lucky to come anywhere close to touching a defined benefit pension. Outside the public sector, these are all but dead.

Video: Listen: Making partner in your firm, cashing in final salary pensions and investing in oil

Instead, everyone will have a defined contribution pension courtesy of the UK’s excellent auto-enrolment system, under which all employers pay into a scheme for everyone but the very low paid. That means that the young today are automatically starting early and benefiting from the miracle of compounding (assuming of course that they do not opt out); and will retire with something. A woman hitting 65 who has never worked and has no financial resources of her own will be a rare thing indeed.

The bad(ish) news is that is still unlikely to bring us pensions equality. Today, even after decades of successful workplace feminism, the average woman still retires with around one-third the pension pot of a man. That’s partly down to what the Chartered Insurance Institute calls the six moments that matter — the moments, for example, in a woman’s life when she accepts a lower salary or shorter hours, perhaps to take care of babies or elderly parents.

It’s also partly down to what the industry calls “reckless caution”: the tendency for women to be so nervous of risk (or so time poor that they cannot do the research to understand risk properly) that they avoid it completely, at great long-term cost to their finances.

Do not opt out of your workplace pension. Ever. Beyond six months worth of back-up money, do not save much in cash

There’s nothing wrong with cash — with markets overvalued, political risk high and rates rising, holding a certain amount of it with a view to investing better later is fine. But having too much of it for too long is the very definition of reckless caution.

Look at the numbers. According to the latest Barclays Equity Gilt Study, the average inflation adjusted annual return from UK equities over the past 50 years has been 5.6 per cent. Over the past 20 years that number is 3.2 per cent. For cash those numbers have been 1.2 per cent and 0.3 per cent. Not good. Look to the past 10 and the case for cash is even worse: it has lost 1.9 per cent a year relative to inflation. Nasty.

So to some recommendations. Do not opt out of your workplace pension. Ever. Beyond six months worth of back-up money, do not save much in cash outside that pension (use another pension wrapper or Isa instead).

If you have a spouse with a defined benefit pension, check (a) that they haven’t transferred without asking you and (b) that they don’t intend to (I may have given them ideas).

Finally, one for Age UK. Back in 2006, the charity was demanding new legislation to force men to seek signed permission to get single-life annuities. It might be time for it to re-enter the fray, demanding the same before any one spouse can transfer out a defined benefit pension.