BlackRock, State Street and Invesco have all outperformed the market
Miles Johnson 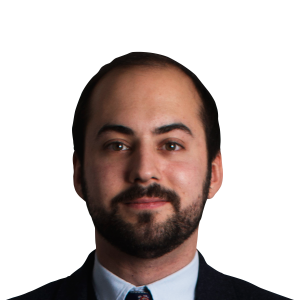 Vast amounts of energy has been spent debating the merits of active stock picking versus low-cost tracker funds. The big news is that both sides have won, although possibly not quite in the way their advocates had envisaged.

Since the start of the year, shares in BlackRock, the largest provider of exchange traded funds by market share, according to ETFGI data, have hugely outperformed the wider market, rising 35 per cent in the year to date compared with 18 per cent for the S&P 500. Shares in other companies that are important providers of ETFs (although they do other things as well) have also beaten the market. State Street is up 25 per cent while Invesco, which this year consolidated its position as the ETF industry’s number four biggest provider by buying up assets from Guggenheim, has risen 21 per cent. Vanguard is not publicly quoted.

So does this, somewhat ironically, mean that instead of investing in a low-cost tracker fund you should instead pick shares in the increasingly consolidated industry that provides them? The strong performance of these companies may be hinting that investors and analysts are in the middle of a process of radically reappraising what type of businesses they really are. Instead of being boring, low-growth fund managers, they increasingly may be seen as something closer to highly entrenched, high-margin toll roads for trillions of dollars of retirement savings that need to be invested in financial markets over the coming decades.

Daniel Loeb, the American hedge fund manager, put forward the argument earlier this year that BlackRock was a “misunderstood franchise” that was being “valued like a traditional asset manager” when in fact these ETF players are actually “oligopoly businesses with faster growth and much higher incremental margins than traditional asset management — and thus deserve much higher P/E multiples over time”.

The market is coming around to his way of thinking. BlackRock is today valued at 23 times next year’s consensus earnings, up from closer to 17 times at the start of the year. Before you rush to invest money in an ETF, think twice. It may be more profitable to buy an ETF manager instead.