The virus has brought the digital future closer

The digital future has long been talked about but the pandemic has brought it a big step closer. For millions, technology has been a lifeline in a new, socially-distanced reality. All over the world, consumers forced to stay at home have tuned in to Netflix, ordered from Amazon and dialled in to Zoom calls. In the US, less than 5 per cent of grocery shopping took place online before the crisis but this has surged to 10-15 per cent. Zoom says peak numbers using its video conferencing app in April were 30 times the level in December.

Some of this may recede after the exit from lockdown. But the changes under way in remote working, learning and shopping are striking. As Satya Nadella, chief executive of Microsoft, said recently: “We’ve seen two years’ worth of digital transformation in two months.” The role Big Tech has played during the crisis is reflected in the surging share prices of the companies as investors have bet on their business models. Five of the big-tech stocks now constitute more than a fifth of the value of the S&P 500 index — a modern-day record in terms of concentration.

For the companies, the crisis has not only cemented their market power but provided an opportunity to show that they can be responsible corporate citizens. The pandemic has underlined the benefits of these digital platforms both socially and economically, in helping to fight disinformation about Covid-19 as well as in handling the ecommerce boom. Governments, meanwhile, have looked to Big Tech to help with the development of contact tracing apps.

The sector’s advance looks unlikely to be curtailed any time soon. Many of the larger players are using the crisis to get even bigger. Data show they are hunting for deals at their fastest pace since 2015. Amazon’s expansion in particular seems to know no bounds; the ecommerce giant is in talks to buy the self-driving car company Zoox while its investment in food delivery service Deliveroo was given the go-ahead by UK regulators for fear the start-up might be pushed into bankruptcy.

All this presents policymakers with some tricky challenges at a time when many had been keen to restrain the dominance of the big online platforms. The politics of the “techlash” have been made more complex even as the need for action has increased. It will require a nuanced response from regulators. 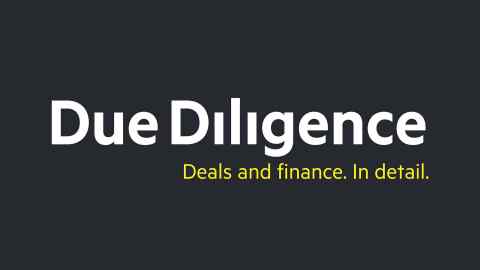 One area long overdue for reform remains competition law. In the US, the standard for antitrust legislation has not changed since the 1980s and remains focused on the harm to consumers. In a world of digital services, the focus needs to shift to market structure and corporate concentration. In this regard the European Commission is ahead of the US. Last April, a report commissioned by the EU called for lower bars on antitrust rules targeting “dominant players”. The commission on Tuesday launched a public consultation on its flagship digital platform regulation. It has long wanted more power to audit how companies use consumer data.

In a sign US lawmakers want to follow Brussels’ lead, both Democrats and Republicans are promoting bills to ensure any data collected to fight the pandemic cannot be used for other means. Another factor in the debate over regulation, however, is the growing tension between the US and China. A technology cold war could spur a desire in Washington to nurture national “champions”. While that, and the way the pandemic has burnished tech companies’ image, may deter concerted action to rein them in, lawmakers should be wary of allowing today’s tech giants to become so dominant that they stifle the next generation of bold and innovative disrupters.