Isas 2018: Making the most of your savings and investments

Sign up to myFT Daily Digest to be the first to know about Personal Finance news.

Isa investing has never looked more appealing. In 2017-18 the amount investors could put into an Isa jumped by almost a third to £20,000, up from £15,240 in the previous tax year. With new Isas on offer and a beefed up allowance, there is plenty for investors to get their teeth into this Isa season.

According to Chelsea Financial Services, a couple paying the maximum into their Isas for 17 years could become Isa millionaires in that time, assuming 5 per cent growth to their investment portfolio over that period.

A few simple investment tricks and some choice fund selections will put rocket boosters under your Isa this year. So Isa millionaire or not, make your Isa pay in 2018.

How to pay in — lump sums or drip feeding

The end of the tax year usually means a last-minute sprint by investors to stuff their Isa with new investments. But brokers say some investors are thinking more strategically with their bumper new allowance and investing throughout the year.

According to Hargreaves Lansdown, the number of people saving regularly into an Isa— rather than with a one-off annual payment — rose by 40 per cent between January 2016 and November 2017 to 74,010. The average lump sum invested each month was up too, from £304 at the beginning of 2017 to £312 in November. And the number of investors saving via monthly direct debits increased this year by 19 per cent compared to the previous tax year, according to Bestinvest.

Last-minute lump sums remain the norm among other brokers. According to Manchester-based AJ Bell, 97 per cent of the amount invested in the tax year to date has been via lump sums, as customers contributed as much as possible either at the start or the end of the tax year.

For many people, drip feeding money into an Isa over time — usually each month or every quarter — will be a better way of investing £20,000 than paying sporadic lump sums. It takes the emotion out of investing and means you do not have to worry about timing the market — something which might chime particularly with investors following a volatile 2018.

Sarah Coles, personal finance analyst at Hargreaves Lansdown, says: “By drip feeding your money into stock market Isas, you will also take advantage of their downs as well as their ups, through what’s known as pound cost averaging. If you invest a fixed sum every month you will be able to buy more units when a fund’s value falls, providing the potential for greater profits when they have risen in value.”

Steady investment is particularly important if you are worried about investing in perilously high markets. “It is as much a psychological thing,” says Adrian Lowcock, investment director at Architas. “Timing markets is impossible and it is also hard to invest in the really uncomfortable times. By drip feeding you avoid the risk of paying in all your money at a market peak.”

But don’t fear if the Isa deadline is looming and you haven’t set up regular payments. One easy way to meet the deadline without having to make a decision about where and how to invest is to park a cash lump sum into your account and then invest it at your leisure.

“People put themselves under enormous pressure at this time of year to invest before the tax year-end,” says Jason Hollands, managing director at Tilney Group. “But it’s perfectly possible to open an account with cash and drip feed it into the market over several months.”

To phase an investment, you could either split your whole allowance into 12 chunks of about £1,666 per month, or divide whatever you want to invest into quarterly or monthly amounts. Most platforms allow you to set up regular savings programmes into funds that recur every month, though there is generally a minimum amount you have to invest. Bestinvest has a minimum of £50 for this service, for example, while at Hargreaves Lansdown it is £25 per month.

One way to make the most of phasing your investment into chunks is to target the areas of your portfolio that are looking most undervalued at a given point in the year. Mr Lowcock says: “It’s a good idea to concentrate your investment into two or three different areas or funds, otherwise you risk topping up the areas which look expensive, or where the weight has become too high.”

There are benefits to lump sum investing too, however. By putting in a lump sum at the start of the year, you give your investments more time to generate returns and you benefit from compounding — where the value of your investment increases as the earnings on it, both capital gains and interest, earn interest as time passes.

Jane Sydenham, investment director at Rathbones, says: “There are a lot of studies that show that, because most of the time over the long-term markets do go up, that if you invest at the beginning of each tax year you are better off over the long term.

“However, that is based on the fact that, over the long term, markets go up, and in the short term it can result in a shock.”

Why ‘bed and Isa’ is more important than ever

If Isas weren’t looking good enough already, the wrapper has become even more important to investors in light of an impending £3,000 chop to investors’ tax-free dividend allowance.

Anyone with investments outside the wrapper and with some Isa allowance left, but no new money to put to work, can make use of “bed and Isa” rules, which enable you to sell and repurchase holdings within the Isa wrapper. Beware, because there is a fee for doing so, which can be high depending on your broker. But it is a good way to fund an Isa for investors with no extra cash to spare and income-generating assets held outside the tax-efficient wrapper.

Asset allocating and deciding on funds

It is tempting to rush out before April and buy into exciting-looking new funds. But to get the most out of an investment Isa, the key is to decide on an asset allocation model — a rough guide for the parts of the world and types of asset you want to be exposed to — and stick to it. It doesn’t have to be complicated and will mean you end up with a deliberately structured portfolio rather than a selection of fad funds.

You don’t need more than 20-30 funds, even with a very large portfolio, and you risk watering down the returns of each if you hold too many at once. There is no need to add a new one each Isa season if you are happy with the ones you have (although there is plenty to recommend buying new funds that fit with your model and selling ones that are no longer working for you).

“A common mistake that people make at this time of year is to get wrapped up in what looks attractive at the moment and look at what is flying off the shelves,” says Mr Hollands. “Many investors take an ad hoc approach to their Isa each year and end up with a random collection of funds over time which might all be perfectly good funds in their own right but make an unstructured portfolio.”

Commentators say the best-value areas for 2018 are equities in Europe, Japan, Asia and emerging markets. UK equities are a wild card that could come good. Conversely the US market has risen to record highs and is now looking expensive, so should not be investors’ priority for funding an investment Isa in the coming months.

Mr Lowcock points to JPM Global Macro Opportunities fund as a good choice for a global equity fund. As a targeted return fund, it aims to deliver investors a specific return above cash through a basket of stocks and other assets. Unlike a fund invested in equities alone, the target is to deliver predictable, stable returns to investors rather than a higher risk, but potentially higher return, fund.

The fund targets a return of cash plus 7 per cent with volatility less than 10 per cent. In five years it has delivered a total return to investors of 56.3 per cent compared with 14.6 per cent for the average fund in the Investment Association Targeted Absolute Return sector.

It is one option for investors worried about volatility. According to Morningstar it has had more success with meeting its target than rival strategies but has held volatility below its 10 per cent target.

Over 10 years, the best-performing global equity fund is Baillie Gifford Global Discovery, a fund recently handed over to new manager Douglas Brodie. The fund incorporates Baillie Gifford’s enthusiasm for disruptive technology and innovative biotechnology, themes likely to dominate markets in 2018. It has returned 333.4 per cent to investors over ten years to 6 February, compared to a 114.46 per cent return for the average fund in the Investment Association sector.

Mr Lowcock likes GLG Japan Core Alpha too. He says: “[Manager] Stephen Harker is a contrarian investor, actively looking for companies out of favour with investors.”

This article has been amended since publication to clarify the asset allocation recommendations made by Adrian Lowcock of Architas.

Couples should double up for bumper Isa savings

The Isa allowance of £20,000 per adult per year — up from £7,000 in 2007 — has made investing in the tax wrappers increasingly attractive for couples looking to shelter their long-term investments, writes James Pickford.

Even if you begin by putting money into stocks or funds designed primarily for growth, you can decide to switch into income-producing investments later without losing the valuable tax wrapper status.

In practice, the broader choice of which type of Isa to invest in — and the performance of that investment — seems to vary partly by the investor’s income level. Data from HMRC show that lower earners are keener on cash Isas than stocks and shares Isas, while higher earners favour the bigger potential returns of the stock market.

In spite of the risks, stocks and shares Isas tend to produce much better results over the long term. Calculations by Fidelity looked at a hypothetical £15,000 held in cash over the past 10 years, versus the same amount placed in the FTSE All-Share index for a decade. The former would be worth £15,478 today — a puny return of 3.2 per cent over the period. The latter would produce £29,713 — a gain of 92 per cent.

Funds accumulated in Isas can compound impressively over time. There are currently 168 investors with upwards of £1m in an Isa held with investment platform Hargreaves Lansdown. In 2012, there were just three.

But the strategies they adopt in managing their Isa are not vastly different from those of more modest investors, says Sarah Coles, personal finance analyst at Hargreaves Lansdown. “If you look at the most commonly held funds and shares in millionaire portfolios, they’re not jam-packed with super-high risk assets,” she said. “They have balanced mainstream portfolios, positioned to take advantage of growth opportunities, without going overboard.” 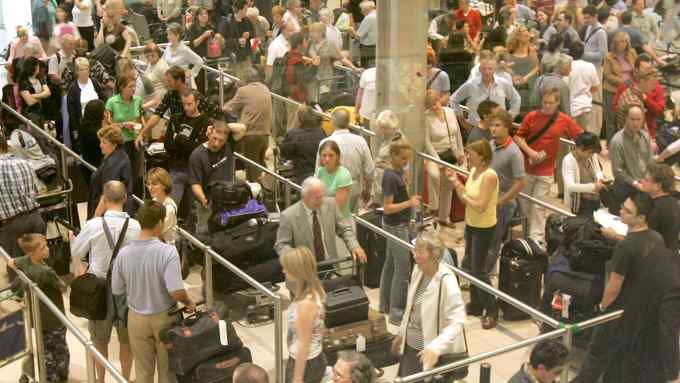