How ‘design-thinking’ can help lawyers do a better job

When Fiona Philips, the global head of digital legal at HSBC, attended a legal design summit in 2019 in Helsinki, she knew she was seeing something that had the potential to transform the practice of law.

Design-thinking is an approach that puts user experience at the heart of the creative process, with a focus on creating quick prototypes to solve a problem, and testing them until they meet a particular need. For Philips, hearing about the concept was a revelation: what if law was designed for the people it is meant to serve?

“If the law itself was created in design-thinking method . . . it could be game changing,” says Philips, who is based in Hong Kong. By using the approach to make legal services more about people, she saw the potential to make the law more accessible and open to all — rather than being guarded and controlled by lawyers.

In January last year she kickstarted seven experiments in applying design- thinking methods at the bank, working with design agencies around the world to digitise the bank’s retail terms and conditions and make them more accessible to customers.

One of these agencies was Inkling. Philips and her colleagues were impressed with the scientific, data-led approach from the agency’s multidisciplinary team, who examined how neuro-diverse users might read the bank’s terms and conditions before rigorously testing the usability of different options that emerged from the experiment.

The first significant examples of design-thinking being applied to the commercial legal sector surfaced in Australia in 2016, from the in-house legal team at Telstra, the Australian telecommunications company. They used the methodology to make a series of small but impactful improvements to the delivery of services to internal business clients, such as answering queries in a set timeframe.

Since 2020, many big law firms now employ legal designers on staff. Some, such as Linklaters, offer design-thinking training to all their lawyers to encourage more client-centric mindsets. Others including Australia-based Gilbert & Tobin, which advises Telstra, have embedded the methodology in everything they do. “It is so standard for us now,” says Caryn Sandler, the firm’s innovation chief, “that we don’t even label it.”

The early pioneers of legal design, Stanford University and IDEO, a global design firm, started by running design-thinking workshops to help law firms set up and run their own innovation incubators.

Legal design allows lawyers, who are not native creatives, to become creators

Firms have also used design-thinking to improve service delivery, create digital products and make legal information more digestible for clients and staff. Linklaters, for instance, recently used it to improve the way the firm carries out due diligence activities in structured finance transactions by moving data from lengthy word tables into carefully curated Excel reports that can slot into clients’ financial models.

Some in-house legal teams have embraced legal design too. Lawyers at Atos, a French technology company, used the approach to improve its contracting to make it better for clients. They have now turned the legal design focus to compliance and recently made a short film to explain their anti-bribery policies.

Whilst these organisations are beginning to see a shift in their lawyers to a more client-focused mindset, legal design as a practice to revolutionise how law is made and done is still in its infancy.

There is now growing evidence of legal design being successfully applied to the commercial legal sector and stretching beyond service, process or document layout design to redesigning legal content itself — for example using pictures and diagrams in contracts, rather than only text.

The current poster child for revamping its approach to legal content in its commercial contracts is Shell. The energy group has completed various projects to improve the way it interacts with suppliers and customers, notably through the introduction of visual contracts.

Fraser Hill, general manager of digital and process transformation, who led the project, says he started by thinking about the user’s experience and the purpose of the contract.

“Most lawyers create contracts with a view to settling disputes but contracts should really be about facilitating trade,” says Hill, who is based in the UK. The visual elements used in some of Shell’s contracts are not there for design’s sake but to improve understanding between all parties, such as showing suppliers how to ship machine engine oil on to a boat in line with Shell’s process standards.

Hill is neither a lawyer or technologist. He is a marketing and business development professional and puts his ability to take a fresh eye to legal commercial contracting down to his deep understanding of consumer research and behaviour.

“We are finally beginning to see the meat in the legal design sandwich,” says Sara Rayment, the founder and principal of Inkling in Sydney.

As legal design is increasingly applied to content rather than the graphic design of legal documents or digital products, the ‘meat’ to which Rayment refers is becoming more apparent. But what is the ‘meat’?

“The meat is verifying the prototype,” says Rayment, who is a lawyer but also has a marketing background.

One of the reasons design-thinking has been slow to deliver the radical changes it promises in law is that people sometimes see the process as a substitute for the empirical research required when creating a new product, service or business.

“A lot of people say let’s do a design sprint, but it is not a cheap shortcut,” says Lisa Toohey, assistant dean at the University of Newcastle in Australia, where she founded and teaches a legal design course.

Design-thinking has started to gain traction in the public sector, attracting the interest of judges and courts. Stanford’s Legal Design Lab is working with courts in the US to apply the methodology to make housing eviction hearings less painful and more efficient.

Margaret Hagan, director of the lab, sees more appetite from courts to deliver human-centred services to their citizens. Having worked with courts in Cincinnati, Ohio and Pittsburgh, she sees the potential for design-thinking to transform courts by making them more accessible.

“The [city courts] are coming to us to ask, what would be the court of the future and how can we help people coming through our doors?” 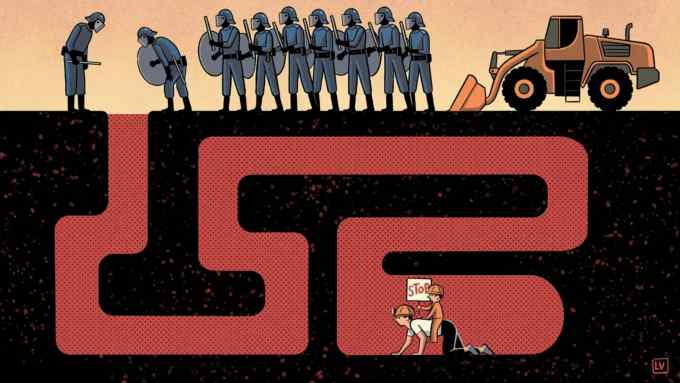