Sporting a goatee beard and baseball cap, Adam Bendell stands on a corner of hip Potrero Hill and motions down San Francisco’s 20th Street on a day California’s deadly forest fires are keeping most people indoors or wearing face masks.

“This is very unusual. Normally you can easily see across San Francisco Bay,” says the 57-year-old local resident, adding that the new Salesforce HQ, which normally dominates surrounding buildings, is “invisible from here today”.

The deserted street seems a weirdly apposite vantage point to be discussing his Toniic Institute’s desire to bring impact investing to China, where air pollution makes face masks a daily sight in some cities.

The transition from fossil fuels to clean energy is the single biggest destination for impact investors who have shared their investment data with Toniic (see chart at end of this article). The San Francisco-based advisory and networking group serves mainly private North American and European impact investors ranging from a US specialist in reproductive health to a Belgian proponent of low-carbon energy.

As Beijing fills a leadership vacuum created by the US withdrawal from climate talks resuming this week in Poland, Toniic’s chief executive argues that China’s “spirit of innovation and rising wealth” make it a “natural hotspot for impact investing”.

Toniic’s name is a deliberate pun positioning it as the cheeky younger sibling of GIIN (Global Impact Investing Network), which though no relation, is one year older and focused more on institutional investors.

Although many more GIIN respondents set impact targets, partly because of institutions’ greater need to report to stakeholders, Toniic’s aim is “to help improve the rigour” with which everybody does impact investing.

“The holy grail we are working towards is to be able is to determine that a dollar, pound or euro invested in one place is more impactful than one invested elsewhere,” Mr Bendell said in a recent interview.

This is a goal that Toniic wants to apply across the board — whether comparing enterprises producing sustainable cacao, reducing maternal deaths in childbirth or enrolling an extra number of children in school.

It also “curates” investment opportunities that it thinks are worth presenting to its members who exchange information and may more readily invest in ventures that already involve a peer.

To shed further light on the behaviour of impact investors, Toniic is sharing its members’ anonymised investment data with a research consortium led by the University of Zurich’s Centre for Sustainable Finance and Private Wealth.

Although “currently more accessible to wealthy people”, Mr Bendell sees impact investing as going mainstream in the longer term. “Wealthy people will innovate and [this trend] will come downstream to retail investors, says the San Francisco native, who started his career at a big law firm before becoming an entrepreneur and then an impact investor.

Toniic was set up in 2010 by founders including Charly Kleissner, an Austrian-born impact investor who made his fortune in the 1990s tech boom in Silicon Valley.

“People have to be more sophisticated in the questions they ask and we have to be honest when we don’t know the answers yet,” says Mr Bendell who joined Toniic in 2016.

This is because most want a range of returns, depending on the investment. Toniic found that 58 per cent of respondents to its survey “seek a commercial rate or better returns for the portfolio overall — but make some sub-commercial investments to achieve greater impact”.

This “apparent contradiction”, argues the report, is “not unique to impact investors. Most traditional investors pick investments they think will ‘beat the market’ though of course in practice most do not.”

Toniic’s searchable database features 1660 impact investments totalling an aggregated $2.8bn across all asset classes, of which $2.3bn has already been deployed. They range from a bond issued by Heathrow airport to cut greenhouse gas emissions with a coupon of 4 7/8 per cent to an RBC housing fund.

Like other forms of investment, impact investing is not without risks. For example, the Toniic list includes two healthcare funds set up by Gulf-based Abraaj, which imploded earlier this year after its reported misuse of healthcare investments.

”Such risk is real, but there is nothing I know about the Abraaj story that makes that risk greater because the Growth Market Health Fund aims for positive social impact,” says Mr Bendell.

The data for the directory was collected in 2017 for portfolios as of December 31 2016, says Toniic’s head of investment research Dario Parziale. So in this case, “Abraaj had recently received commitments” but activity had just started.

Since then TPG, a global investment fund, has been in talks to take over at least one of the two Abraaj healthcare funds.

“Investors of all kinds count on good governance, transparency and oversight to mitigate the risk of fraud or mismanagement,” says Mr Bendell. “That risk is probably lessened for those who focus on the “G” in ESG [Environmental, Social and Governance] investing, but the risk never goes to zero.”

The interest in China is a logical next step for an organisation that sees the world as “on the precipice between planetary survival and failure”.

“China is not an easy place for western firms to do business,” concedes Mr Bendell. “But Toniic has something unique for Chinese investors, which is its access to a global community of active impact investors. So we will continue to seek ways to become active in the region, which will certainly require local partnerships.”

This might even mean working with Chinese authorities — which have a vested interest in repairing the environment because of the threat posed to a one-party state if “people can’t breathe”.

Investment by aggregated impact theme and SDGs on a weighted basis 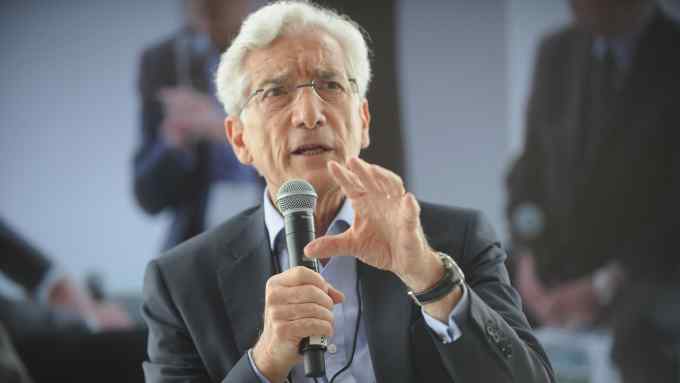