Until 2000, Jurong, an island off the southern coast of Singapore, did not exist.

Seven islets that were once home to pirates and fishing villages were merged into what today is an energy and chemicals hub that houses more than 100 petroleum and petrochemical companies.

One of Singapore’s many land reclamation feats, Jurong also symbolises the lengths to which the tiny city state with minimal natural resources has gone to attract foreign investment — money that has helped it grow into one of the world’s most advanced economies.

The Economic Development Board, a government agency, has headed the push to persuade international companies to invest in Singapore. It has attracted corporate titans from a range of sectors, including pharmaceuticals, finance, technology and natural resources.

To grow further, Singapore wants to capture the supply chain shift away from China toward cheaper south-east Asian markets such as Vietnam and Indonesia — a shift that has been accelerated by the China-US trade dispute, says Beh Swan Gin, chairman at the EDB.

“What can we do to create a supply chain in south-east Asia that can benefit manufacturers in Singapore?” he says. “It is early days, but it is about thinking beyond our borders . . . to strengthen competitiveness in our region.”

He cites Dyson — the UK home appliance company that assembles products in the Philippines and Malaysia and will start producing electric vehicles in Singapore — as an example of “having a supply chain in south-east Asia and being globally competitive”.

Dyson is a blockbuster

James Dyson, the company’s founder and an outspoken Brexit supporter, said in January he would relocate his headquarters from the UK to Singapore.

In the resulting furore in the UK, critics accused Sir James of abandoning Britain despite the inventor spending years arguing that the country would be better able to attract investment after Brexit.

For Singapore, the decision marked a significant win. “Dyson is a blockbuster,” says Lawrence Loh, professor of strategy and policy at the National University of Singapore business school, adding that the move was both a symbolic and economic victory.

Having Dyson select Singapore to launch a new line of business (electric vehicles) requires “new ideas, new talent [and] is really a good endorsement of Singapore as a possible place to fill up all the gaps in [a company’s] capabilities”, says Mr Loh.

Jim Rowan, Dyson’s chief executive, previously noted that the decision was unrelated to the city state’s headline corporate tax rate of 17 per cent, which is lower than the UK’s 19 per cent and the global average of 24 per cent.

But Singapore’s incentives are attractive. They include tax breaks for five years, which can be extended, and research and development grants that can cover up to 30 per cent of the cost of projects that involve product, application or process development, according to the EDB.

Incentives may also include land at discounted rates, according to a person with experience of Singapore’s economic planning.

International companies point to transparency, efficiency, access to capital and a skilled workforce as some of the reasons why Singapore is an enticing regional hub.

ExxonMobil started doing business in Singapore 125 years ago and has invested more than $17bn in the island to meet demand for chemical products across the region.

The oil major’s largest integrated petrochemical and refining complex is in Singapore, and this year the group opened two new chemical plants on Jurong.

Jae Won, head of Asia Pacific and Japan at telecoms group Nokia — which first set up operations in Singapore in 1989 — shares his view. “The infrastructure works: everything is reliable.”

The city state’s location at the heart of a fast-growing region is a plus. “It gives us great geographical access to all these south-east Asian markets,” adds Mr Won.

The region is crucial to social-media platform Facebook, which opened an office in Singapore a decade ago and last year announced it would build a $1bn data centre in the city state.

“Of the 2.3bn people who are on our platform monthly, more than 981m are here in Asia Pacific,” says Dan Neary, vice-president of Asia Pacific at Facebook, which employs more than 1,000 staff in Singapore.

Singapore’s corporate tax rate, compared with the UK’s 19% and the global average of 24%

For tech start-ups such as Grab, the ride-hailing group that moved its headquarters from Kuala Lumpur to Singapore, the city state “is one of the most supportive countries for tech companies and start-ups”.

“Being headquartered in Singapore has allowed Grab to work with different government bodies and tertiary institutions to pilot various projects,” the group says, referring to an artificial intelligence collaboration with the National University of Singapore.

International investors often struggle to list Singapore’s shortcomings, but the high costs of living and of doing business remain an “enduring area of concern”, says the National University of Singapore’s Mr Loh. “As a small country, it is inevitable that a certain pricing is placed on resources like land, rent and also human resources.”

In the longer term, Singapore faces competition from regional cities such as Bangkok and Jakarta, which Mr Beh says are “natural candidates” to become new hubs.

At Jurong’s inauguration, then prime minister Goh Chok Tong attributed its success to international investors’ confidence in Singapore “and in our ability to deliver what we promise”. Two decades later, that confidence has yet to falter. 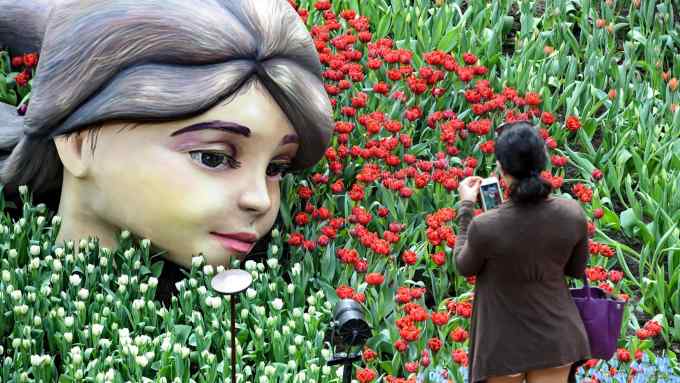