For much of Nigeria’s history, private collectors of art have been marginal and unacknowledged players on the scene. It was not until the rapid growth of private galleries, which began tentatively in the 1990s and accelerated in the 2000s, that a band of collectors emerged and attracted attention.

“These are the people who, come rain or shine, would always make sure to attend [exhibitions],” says Bolanle Austen-Peters, founder and chief executive of Terra Kulture, one of Lagos’s most prominent private arts venues, housing a gallery, performance space and bookstore. “We started to call them the collectors.”

Many have been collecting for decades. Newton Jibunoh founded the Didi Museum, which describes itself as Nigeria’s first private museum, in 1983, while Adedotun Sulaiman, a former country managing director of Accenture’s Nigeria practice, collected his first artwork in 1979. His collection, he says, “is now close to 400 pieces”.

Yemisi Shyllon is believed to be Nigeria’s largest private collector. His more-than 6,000 pieces, which he started collecting as an engineering undergraduate at the University of Ibadan in the 1970s, are displayed on the grounds of his home on the Lagos mainland.

Other collectors have benefited from Nigeria’s recent growth. The country’s economy was one of the fastest growing in the decade to 2014. That year, it overtook South Africa as Africa’s largest.

The fortunes of the super-rich have been built on the unprecedented boom in oil and gas, banking, construction, telecommunications and consumer retail. Nigeria was one of 15 countries worldwide in which, in 2014, the number of “ultra-high net worth individuals” — those with investable assets of at least $30m — grew by at least 5 per cent, according to the Knight Frank Wealth Report 2015.

A handful of institutional collectors are also prominent. The Pan-Atlantic University in Lagos houses an extensive collection, as do the headquarters of Guaranty Trust Bank and Access Bank. Terra Kulture started its own auction in 2008 when Guaranty Trust asked it to help sell works taken from defaulting debtors and in 2011, the bank created a fund to support Tate Modern’s ambitions to expand its African collection. 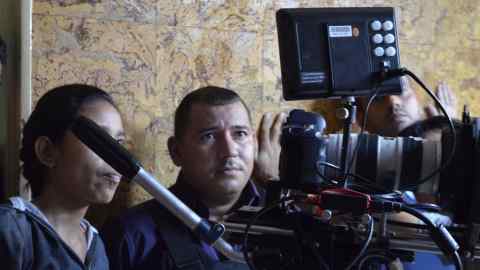 Recent years have seen an intensifying of the sense of community among Nigeria’s collectors. The Obiagos initiated the Collectors’ Series Forum in 2009, not only to take art out of the gallery and into public spaces such as hotels, but also to serve as a networking platform for artists and collectors.

Then there are the auctions. Since 2008, Terra Kulture and Arthouse Contemporary have organised separate auctions in Lagos. Terra Kulture’s — in partnership with Mydrim Gallery — is annual, while Arthouse’s is held twice a year. These sales have collectively raised more than $1m in recent years.

“Most [Nigerian collectors] collect only Nigerian art, as it’s at par with any other, and resonates more with our surroundings,” says Terra Kulture’s Ms Austen-Peters. “Ninety per cent of my collection is Nigerian,” says Mr Sulaiman. “Ninety-nine per cent is African.”

The most expensive work by a Nigerian artist sold at auction is a set of sculptures by the late Ben Enwonwu, which fetched £361,250 in May 2013 in London. His 1976 oil painting, Princes of Mali, made £92,500 at Africa Now in 2014. (One of Mr Enwonwu’s most famous works is his bronze sculpture of Queen Elizabeth II, for which she sat at Buckingham Palace in London in 1957.)

Mr Sulaiman says the costliest sculpture and painting he has ever bought are both Enwonwus: he bought the sculpture in 2015 for N5m ($25,100), while the painting cost N3m 10 years ago.

Life & Arts
African artists on the way up 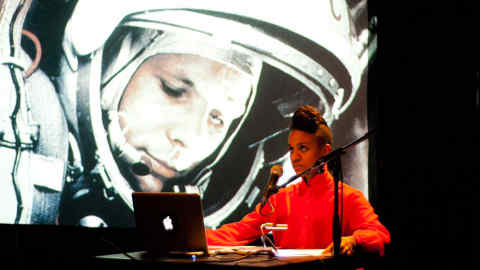 Auctions can however be problematic, cautions Ms Austen-Peters. “Because of the auctions, a lot of younger artists now think art has to be expensive. Art auctions are artificial spaces, they don’t give the right indication of the art market. Exhibitions are better at giving the true value [of art].”

Terra Kulture, founded in 2004, now holdss over 20 exhibitions every year. A recent opening is Rele Gallery, which has held 9 exhibitions since it opened a year ago.

“From experience, it’s the same crowd you’ll see attending exhibitions and collecting work,” says Rele founder Adenrele Sonariwo. “That’s why we started Rele — we wanted to see a new crowd appreciating and collecting art.” The first step, she says, is getting new faces into the galleries. “They might not have the income now, but once their pockets deepen they’ll remember us and come back.”

Azu Nwagbogu, director of the African Artists’ Foundation, which he founded in 2007, and which organises the annual National Art Competition, shares similar enthusiasm.

“One of the things that excites me is that a lot of young people are starting to participate,” he says, adding that the younger collectors are pushing the boundaries. “They’re collecting more risky, more experimental art.” (Mr Nwagbogu’s brother, Chike, runs the Nimbus Gallery, which organised what is acknowledged as Nigeria’s first arts auction, in 1999, just as the country emerged from its longest-ever spell of military rule.)

‘At the moment, those driving the African-American art world are the hip-hop stars’

But these are also difficult times for Nigeria, as the price of crude oil, its primary source of government revenues and foreign exchange, has fallen by 70 per cent since mid-2014. Businesses lament that ensuing import and currency restrictions are hurting them.

To shore up flagging revenues, the government has considered imposing a tax on luxury goods.

Nevertheless, Adenrele Sonariwo, preparing to celebrate the first anniversary of her gallery, is optimistic. “Rele started at a time when the economy was at a low point; there was political uncertainty and people weren’t spending money, yet we managed to have an OK year,” she says. “I think things can only get better this year.”

There is still plenty of untapped potential for swelling the ranks of young art enthusiasts and collectors, says poet and artist Victor Ehikhamenor, whose work has also featured in Africa Now at Bonhams.

His current ambition is, by pursuing collaborations with the country’s biggest hip-hop stars, to get them interested in art. (His book covers for well-known Nigerian writers have succeeded in turning a number of them into collectors of his work.)

“At the moment, those driving the African-American art world are the hip-hop stars,” Mr Ehikhamenor says. “Imagine if Nigeria’s young musicians, given to buying expensive cars with no second-hand value, started collecting Nigerian art — it’d change the game overnight.”