The government has been forced to back down over its “loan charge”, rewinding plans to force tens of thousands of taxpayers to pay up to 20 years’ tax in a single year from January 2020.

The Treasury said on Friday it accepted an independent review’s verdict that its loan charge had gone “too far” and would implement all but one of the report’s recommendations. The onerous levies affected about 50,000 people who had used loan-based tax avoidance schemes.

The government-commissioned review followed an outcry from MPs, peers, professional bodies and campaigners over the extreme distress the policy was causing, including several reported suicides.

The review, led by Amyas Morse, former head of the National Audit Office, made 19 recommendations, including cutting the policy’s 20-year retrospective period so only loans received after December 2010 are in scope. Individuals will also be able to spread their liability over three years.

Under the changes to the policy, people who received loans between 2010 and 2016 will not have to pay the charge if they disclosed that they used the loan-based schemes on tax returns and did not receive an inquiry into their affairs.

This review is a clear indicator that HMRC and the Treasury have been seen to overstep the mark, using legislation inappropriately to mend their own ineffectiveness

The Treasury said the changes should reduce the tax bills of more than 30,000 people, with 11,000 not having to pay anything.

“This review is a clear indicator that [HM Revenue & Customs] and the Treasury have been seen to overstep the mark, using legislation inappropriately to mend their own ineffectiveness,” said Tom Wallace, head of tax at WTT Consulting, which represents almost 2,000 of the people affected.

The government also agreed to additional measures to make it easier for people to pay back the tax, although they rejected the recommendation that some taxpayers’ debt should be written off after 10 years of repayments.

Meanwhile, the government agreed that anyone who had already voluntarily paid HMRC for years that the charge no longer applies will be refunded. And individuals who were supposed to report the charge on a tax return and pay it by January 31 will be given until next September.

Sir Amyas said that while tax avoidance schemes should be tackled, the government and HMRC “must act proportionately and responsibly”.

He added that the loan charge had failed to “get the balance right between tackling tax avoidance and protecting the rights of taxpayers”. He pointed out that, in some cases, the charges had caused “serious distress” to the individuals affected.

Jesse Norman, financial secretary to the Treasury, accepted there had been “important public concerns about this policy”.

Tax
Living in the shadow of a tax scandal 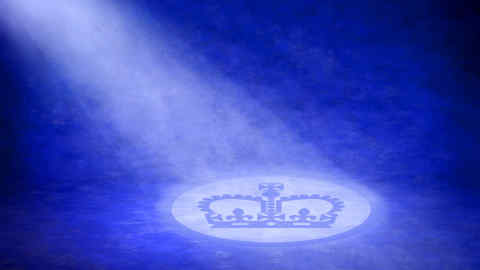 The Loan Charge Action Group, which has been campaigning to halt the policy, welcomed the changes. “It’s now been accepted that it is wholly unacceptable for this retrospective law to apply as far back as 1999, which was disgraceful, and that closed years prior to 2016 will no longer be subject to the loan charge,” said Steve Packham, the group’s spokesperson.

“However, we continue to believe that the loan charge should not apply retrospectively at all and are concerned that many people will still be seriously impacted.”

Steven Porter, a partner at law firm Pinsent Mason, said the review was an early Christmas present for those affected and far more positive for taxpayers than many tax professionals could have expected.

HMRC also needed to get a better grip on those developing and marketing loan schemes, Sir Amyas said, as there had been more than 20,000 new usages of the schemes since the loan charge was announced — including 8,000 since the start of the 2019/20 tax year.

In its response to the review, the government said it would reflect on how best to tackle continued loan schemes and announce further action at the Budget.