Insurers cannot yet quantify the damage to vessels and ports

Sign up to myFT Daily Digest to be the first to know about Americas news.

Over several days in early September, Hurricane Irma tore through the Caribbean, killing at least 100 people and laying waste to entire islands. In the path of the category-five hurricane, the most powerful recorded in the Atlantic, were superyacht destinations, and yachts and marinas have suffered damage.

“From a superyacht perspective, the bulk of the damage caused by Irma in the Caribbean has been centred on St Thomas, St Martin and the BVIs [British Virgin Islands],” says Tom Mukamal, chief executive of Island Global Yachting, the US-based superyacht marina consultants, developers and owners. “We have four marinas across St Martin and St Thomas and the damage to all has been extensive, but we believe that the majority of our marine infrastructure has withstood [the hurricane].”

Quantifying the extent of the damage has proved difficult. Travel to a number of the islands has been suspended in case of further hurricanes and it has taken time to restore communication services. Once utilities and travel have been reinstated, insurers will be able to gain a more comprehensive view.

“There are limited communications at present,” said Paul Miller, director of marine underwriting at insurer Hiscox MGA, as another major storm headed for the Caribbean.

“We have had conversations with owners who are under the impression that their vessels have sunk, but it has been impossible to confirm. The picture is not going to become clear for at least another week, depending on the impact of [Hurricane] Maria.”

“We are being presented with evidence based on YouTube videos at the moment,” said Mr Miller, “and from an insurer’s perspective we cannot provide advice based on unsubstantiated claims and video. Images have circulated online of large yachts (24m-plus) damaged in the Caribbean.”

Local observers have suggested that many superyachts had remained in areas threatened by Irma, despite early warnings of its arrival. The scale of the damage to the yachting industry across the worst-affected Caribbean islands is highlighted by the destruction of places the yachts used to dock in (and which were in turn reliant on the yachting and broader tourism industry).

“On St Martin and the British Virgin Islands, a lot of the areas that super-yachts visited simply do not exist any more,” says Mr Mukamal.

“The hideaways that the superyachts frequented have vanished and many of the service providers are soon to be displaced, if they have not been already. In St Martin, we are still grappling with the scope of the damage but expect to have a far greater understanding of the scale within the coming months.”

Mr Mukamal points to a glimmer of hope: “This does provide an opportunity to weave better overall construction practice into the Caribbean.” 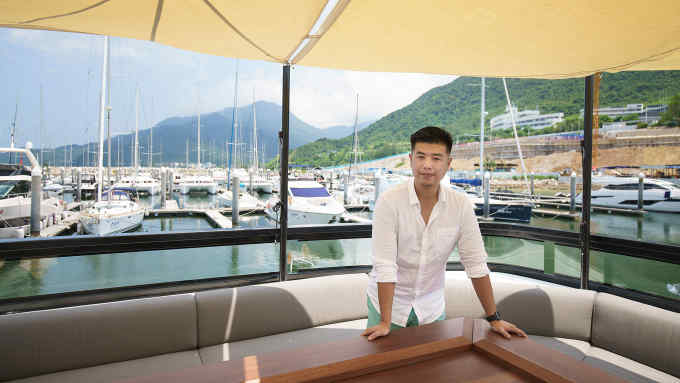 Spending by rich Americans is underpinning orders for bigger custom yachts being built in European boatyards. But prices in the second-hand market remain depressed as owners choose to refurbish existing craft