Film-maker Linda Goode Bryant: ‘I want to be disoriented’

The now-legendary gallery she founded in 1970s New York as a venue for black artists, Just Above Midtown (affectionately known as JAM), has been the subject of recent tributes in two travelling exhibitions: We Wanted a Revolution: Black Radical Women, which began at New York’s Brooklyn Museum, and Soul of a Nation, which was first at London’s Tate Modern.

Next week, Frieze New York will pay homage to JAM’s rich legacy with a section dedicated to artists she showed all those years ago: artists, including Senga Nengudi, Howardena Pindell and Lorna Simpson, who are now acknowledged internationally as vital and historic voices in American art.

Bryant is conflicted about all this attention. She is sympathetic to curators who see the cultural significance in the gallery’s history, but suspicious of the market forces that may be at play.

“I don’t quite buy the dominant narrative about the interest of the art world in African-American artists,” she says, sitting in her longtime Upper West Side apartment, where over the years she has hosted more than a few artists who couldn’t afford their rent. “The reason I don’t quite buy that narrative is because I have a keen awareness of supply and demand. I believe this interest is really about the market, and I don’t give a f*** about the market. I don’t want to feed that by participating in that and, at the same time, I’m challenged creatively because . . . ”

She pauses. “I think all of us human beings have lived some moments of life where we’re in something we’re not part of. And when you’re in it but not of it, you’re constantly trying to position who you are without losing that.”

Bryant calls this dynamic the “it not” — to be in an environment defined by values and cultures that are not one’s own. She has spent her fair share of time grappling with the “it not” of the American art world. “In the ‘it not’, I’m always really intrigued by: how creative can I be in reshaping this it? And I may fall flat on my face, but it’s that challenge: how can we create space we’re of in space we’re not of?”

In some ways, her life’s work has been about fiercely reshaping the environments and cultures she has found herself in, trying to shift things from within. As a twenty-something fellow at New York’s Metropolitan Museum in the early 1970s, one of a handful of non-white staff members in a deeply patriarchal institution, Bryant brought her infants to the office and regularly engaged in debates with then-director Thomas Hoving, railing against the institution’s flagrant racism, and advocating for black artists.

As education director at the Studio Museum in Harlem in 1974, at a time when it rigidly promoted figurative art aligned with a black nationalist aesthetic, she smuggled African American artists working in more abstract modes into the education department to meet with the museum’s artists-in-residence. As founder and owner of JAM, she set up shop amid a hostile environment of white galleries on 57th Street, and took to the streets to hand out flyers to would-be collectors. 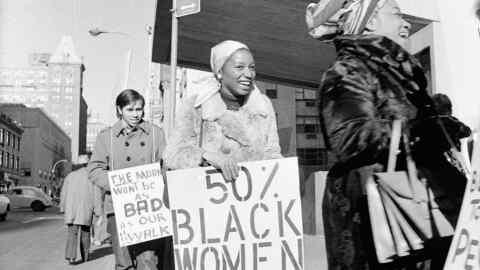 Even when she was buried in debt, unable to pay her $300 monthly gallery rent, she pushed back against market pressures. It was the artist David Hammons, she says, who taught her how to shield an artist from those pressures. Indeed, Hammons was something of a catalyst for JAM. When Bryant first encountered images of his “body prints” on slides in an undergraduate art history class at Spelman College, in Atlanta, Georgia, she was instantly captivated.

“It was almost like a window opened in terms of how I viewed the figure,” she says. “I became more acutely aware of the body, the textures of skin, than I did when I was in studio class with a model. They were political without screaming politics, at a time when art by many African Americans working in the figurative tradition were screaming politics. Red, green and black flags and stuff.”

Later, she plucked up the courage to introduce herself to Hammons at an event, and asked where she could see his art. He told her she likely wouldn’t see it, because he didn’t show in white galleries. She figured she would have to set up her own black-run space so she could hang his “body prints” on the walls.

I’m always intrigued by: how creative can I be in reshaping this? How can we create space we’re of in space we’re not of?

By the time she gave Hammons a solo show at JAM, he had moved on to entirely different work: installations made of brown paper bags, barbecue bones and hair. His new, more experimental work didn’t sell, but it provoked a charged conversation on opening night that Bryant says she’ll never forget. The show drew a crowd of artists, many of them angry she had given precious art-world real estate in New York to a West Coast artist.

“It became a verbal free-for-all,” she remembers. “Shit got really heated. The room was 99 per cent black. It was historic in terms of the level and depth of the conversation about what art is and how it should be made and what it should be made with.”

Only Senga Nengudi’s 1977 exhibition at the gallery, featuring her “R.S.V.P.” works — nylon pantyhose sculptures filled with sand to form abstracted bodies with organ-like protrusions, and then activated in performances — came close to prompting such a strong reaction. Nengudi’s work “disoriented people”, says Bryant. “And that’s a great thing. I want to be disoriented. Open some windows for me. Let me see things I cannot imagine — and not spectacle, which is what so much of art has become. I’m really talking about the depth and pain of evolving a vision that you then make tangible through work.”

When Bryant’s landlord sold the space that housed JAM on 57th Street, the gallery moved downtown and morphed into a non-profit, which for a time paid artists stipends to create work in the space. But when the 1980s brought new wealth to New York City and the art world began to cultivate Wall Street as a new collector base, Bryant’s appetite for evolving the “it not” soured.

“I understood the logic of saying: let’s target Wall Street,” she says, but “the relationships that developed in that strategy were relationships that, in my mind, really undermined the values and the intent and the objectives of the culture, especially with regards to galleries.” She remembers a time when dealers would steer collectors away from conversations about investing in art as an asset class. She watched those standards begin to erode in about 1980. 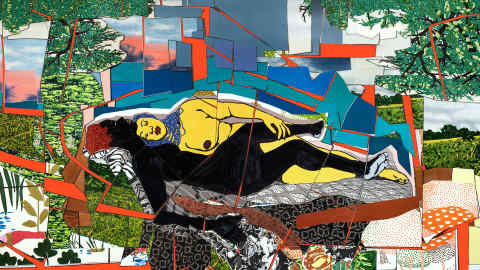 Since closing JAM in 1986, Bryant worked briefly in politics and later as a documentary film-maker, before finding her way into urban farming, an initiative that still has plenty of creativity at its core, she says. Project Eats has farms in New York, Brooklyn and Queens, and works to engage local communities in creating food and plants from minimal space and resources — to create what we need from what we have, as Bryant says.

“JAM is my heart, film-making is heaven,” she says, “and putting down a camera to do Project Eats was not easy, but this is more fulfilling than anything I’ve ever done.”

The farms have also given her a real-world context in which to present art, which is how Bryant believes art should be encountered — as a discovery, in places where you live your daily life, unmediated by wall labels. This year, the organisation will open two new rooftop farms, and one of them, surrounded by public housing, has been given the green light to commission artists, writers, musicians and performers.

Project Eats will receive a booth alongside the JAM tribute at Frieze, not far from the two-acre farm they run on Randall’s Island. “Frieze is part of the ‘it not’,” she says, “and they’re acknowledging JAM and Project Eats as an art piece”— the latter based on a model that rejects money as society’s sole currency and instead finds value in shared resources, labour and creativity. 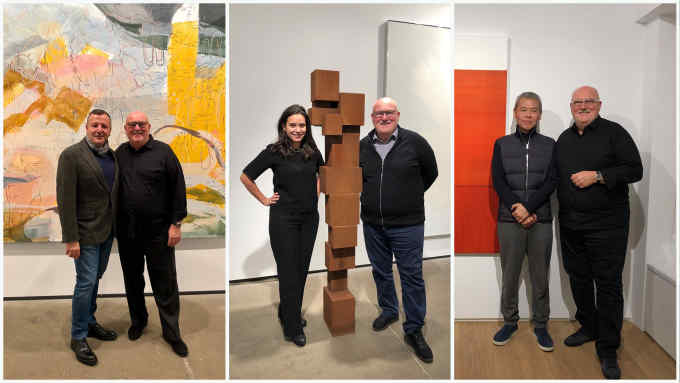