A ban on banks holding physical commodities could backfire 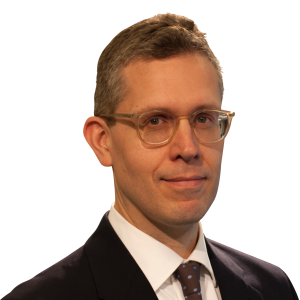 In 2012, the banking industry commissioned a study in the hope of showing commodity trading houses such as Glencore and Vitol were too big to fail.

The shoe is now uncomfortably on the other foot, as a policy debate over what big banks are doing in the murky world of commodities erupted this week. The end result may be the opposite of what the banks wanted: Goldman Sachs, JPMorgan Chase and Morgan Stanley may no longer be able to touch oil, gas or copper.

Banning Wall Street banks from holding physical commodities might be a victory for advocates of a separation of finance and commerce, a bedrock of US banking law. But many of their arguments are flawed, and it would come at a cost.

The Federal Reserve has since 2003 allowed the largest bank holding companies to trade physical commodities – tanks full of crude, not just oil futures. Goldman and Morgan Stanley may also own property such as the tanks themselves, due to their history as investment banks. In a surprise move, the Fed announced it might revoke these approvals. Then, citing potential new rules, JPMorgan revealed it may sell its physical commodities business.

At a Senate hearing on Tuesday, where witnesses gave a long list of reasons why banks should not hold commodities. Most of these were dubious.

Hardly. Look at crude oil: JPMorgan, the top importer among the banks, last year delivered 46.8m barrels of foreign crude to the US. This was 1.5 per cent of the national total, energy department records show. ExxonMobil imported 393.7m barrels. In wholesale electricity JPMorgan’s US market share is 3 per cent, according to Platts.

This is not to say a bank cannot influence prices. Queues to obtain metal at London Metal Exchange warehouses owned by Goldman and others have pushed up premiums for physical aluminium over nearby futures contracts.

In any case, queues are not unique to banks: they also exist at warehouses owned by traders such as Glencore and Trafigura. The problem lies in lax oversight and the fact that exchanges are natural monopolies. Once a futures contract such as LME’s becomes the benchmark, it is almost impossible to dislodge. Comex, a New York exchange, tried for a decade before delisting aluminium futures in 2008.

Senator Elizabeth Warren said the banks had adopted a “business model pioneered by Enron”, the infamous failed energy merchant. That is true in as much as they fuse finance and commodities trading. But she ignores history.

In 2000, banks including Morgan Stanley and Goldman backed IntercontinentalExchange as a challenge to Enron’s electricity trading platform. When financial markets froze in 2008, ICE’s model of sending energy swaps to a clearing house became a template for derivatives reforms.

Now the warehouse controversy and allegations of power market mischief by Barclays and JPMorgan seem to have turned regulators’ attention to the broader question of banks in physical commodities overall. “JPMorgan, Barclays and Goldman have brought down this rain of hell,” a veteran Wall Street commodities executive laments.

For Craig Pirrong, author of the bank-commissioned study on commodity trading houses, this is karmic justice. The banks buried his report after he concluded traders pose less systemic risks than big banks. “They should have paid more attention to making the affirmative case for their own activities in these markets,” he says.

Forcing banks out of commodities will not make warehouse queues disappear or power markets free of manipulation, however. It does mean the dominant market participants will be low-profile companies far less sensitive to public criticism. That is not necessarily an improvement.