From farm to plate, blockchain dishes up simple food tracking

Blockchain may have started life as the technology underlying cryptocurrencies such as bitcoin but it is quietly starting to revolutionise a far more prosaic sector: the world of food and drink.

The industry has long been ripe for a shake-up. Supply chains are lengthy and complex, entailing multiple parties and, in many cases, several jurisdictions.

Trust is low, dented by scandals ranging from the horsemeat scandal of 2013 in the UK to melamine-spiked milk that killed six babies and left hundreds of thousands of others sick in China in 2008.

Blockchain is attracting interest as a way to track and monitor food through the supply network, ensuring its origin and that it has not been tampered with en route.

“The general use case in regards to provenance, whether pharmaceuticals or food, is getting a lot of traction because of the usually problematic long supply chain from raw materials to the end consumer,” says Torsten Zube, the head of blockchain at software giant SAP.

It also helps reduce costs and paperwork across logistics and financing, adds Thomas Olsen, a partner at consultancy Bain & Company. “Food is a great use case for blockchain,” he says.

Walmart was among the early adopters and deployed blockchain to ensure the provenance and quality of pork in China, which is plagued by food-safety scandals. The US retailer subsequently teamed up with IBM and Tsinghua University’s National Engineering Laboratory for E-Commerce Technologies to create a blockchain food safety alliance.

This aims to create a standards-based way of collecting data about the origin, safety and authenticity of food, using blockchain technology to track it in real time through the supply chain.

Commodities groups have also spotted the attractions of a distributed ledger system when it comes to shipping foodstuffs across the globe, complete with paperwork such as letters of credit, customs clearance and other documentation.

Thus HSBC’s trailblazing use of blockchain in trade finance concerned a cargo of soyabeans shipped from Argentina to Malaysia in May. By using the Corda blockchain platform, developed by the technology consortium R3, HSBC was able to process the relevant documents in 24 hours — and cut costs into the bargain. 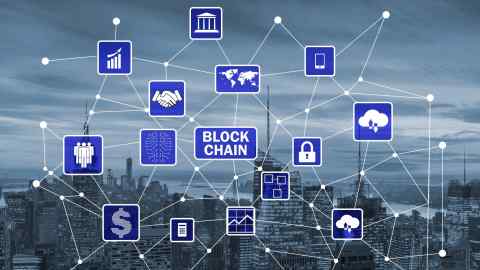 Walmart has also found blockchain can reduce tracking times dramatically: it takes just two seconds to trace a package of mangoes at any point from the farm to the store — previously it would have taken days or even weeks to work through the paper chain.

One of the key reasons for deploying blockchain is to increase food safety. It was a large part of the message from Frank Yiannas, vice-president for food safety and health at Walmart, when he announced the alliance in December.

Blockchain can increase accountability and transparency among the multiple suppliers, middlemen and retailers. When something goes wrong, the point in the chain — and the participant — can immediately be identified and verified.

Also important is that blockchain allows parties to see the extent of any damage to goods: if, for example, cans of formula were tampered with at one specific warehouse, any recall can be restricted to products that passed through there.

Provenance is another issue the food industry hopes blockchain can help solve: not just ensuring that the pork from black acorn-fed pigs does hail from a German forest rather than a cramped sty in southern China, but that neither child labour or trafficked workers were involved in the production process — be it children picking cocoa beans or shrimp fished by trafficked adults.

Someone, or some process, has to change so that tuna fish or coffee beans can be tokenised and tracked from their origin

Sustainability is another concern. Using registered entries to prove that tuna has not come from overfished waters, for example, or been caught in a way that harms other sea creatures.

Monitoring suppliers and making sure what is recorded on the blockchain is accurate can be tricky. Provenance.org, a UK start-up that uses technologies such as blockchain to promote supply-chain transparency, has tried to simplify the process for fishermen. They are first registered by a local non-governmental organisation, and can then send simple messages by phone to register their daily catches.

Putting a blockchain system in place is not just about technology. It requires small changes all the way through the logistics chain, such as sticking a tracking code on a hessian sack of coffee beans; something not always easy in hot and humid weather.

“Someone, or some process, has to change so that tuna fish or coffee beans can be tokenised and tracked from their origin,” Mr Olsen says.

Some novel solutions have been found. Borrowing a practice used in the diamond trade, one organic apple orchard is lasering its tracking code into its fruit.

Other hurdles include standard setting, because all parties in a chain must use the same protocol and data formats. Ports, banks and commodities companies must also standardise protocols so that they can share files and transact on the same platforms. In some cases this requires regulatory changes to permit, for example, electronic bills of lading or letters of credit.

Mr Olsen says achieving harmony on standards is a big hurdle. He adds: “[Big retailers] Carrefour and Walmart are driving this with large experiments because they are big. That works, as they are doing more than experiments now.

“But for it to be [more widely] spread we’re going to need more standards from different suppliers and governments. That’s going to have to evolve. We’re starting to move from proof of concept to production cases, but it’s still piecemeal.” 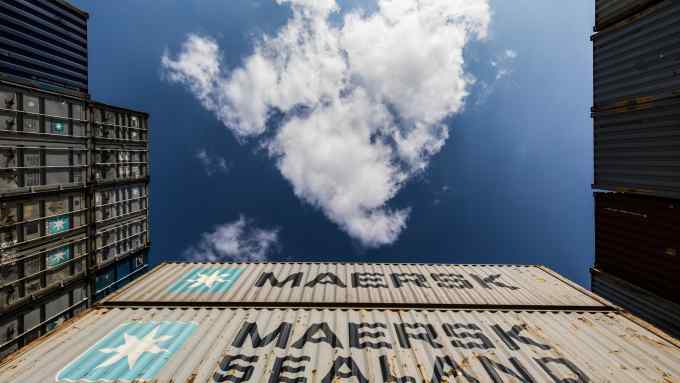