The trouble with emerged markets

In 2016 I joined a group of professional investors who travelled to Bangladesh to study emerging markets. On leaving the exchange in Dhaka we had to squeeze past some people tending to a dead body in the street.

In the evening, as we sat in the hotel bar, we suddenly saw ourselves on television. The bartender translated the newscast. There was no mention of anyone dying. The story read: “Foreign investors seen visiting Dhaka exchange — market moves 10 per cent higher.”

This highlights the perils of investing in emerging markets and how easily they can be moved. But the potential for enhanced returns is also there, of course, and we might expect even faster growth with the world in recovery mode.

The big investment story of the past 30 years has been the rise of China. It has become the factory of the world, the place where companies shift production to benefit from low labour costs, and so for many years it has enjoyed double-digit annual growth.

Demographics has played its part, with waves of young people, generally better educated and healthier than previous generations, entering the workforce. But these waves are now slowing. China has a declining birth rate, a much smaller cohort entering the workforce and an ageing population that needs to be cared for.

It is also at the point where the law of big numbers kicks in. It is a lot harder to grow by 10 per cent a year from a high base than a low one. Also, when an economy grows, wages rise and the competitive advantage on labour costs begins to disappear.

This is where many so-called “emerging markets” are at today. They have already emerged. Two-thirds of the MSCI Emerging Markets Index is in three countries: China (40 per cent), South Korea (13 per cent) and Taiwan (13 per cent).

So are you investing in as fast a growth story as you think when you invest in emerging markets? And what about the underlying companies?

Emerging market indices and funds can be dominated by a small number of very large businesses. Taiwan Semiconductor comprises 6.6 per cent of the MSCI index and Tencent another 6 per cent.

We own both in our global equity funds; the first because it is the dominant manufacturer of the world’s most advanced semiconductors. We would hold it for that reason whichever stock market it was quoted on. It is a world leader and plays a significant role in global trade.

It is important, then, to understand that what you are buying when you invest in an emerging market vehicle is often something rather similar to a typical US fund: largely a collection of world-leading tech stocks.

Of course, this may reassure investors. These are good companies, and their host economies are still expected to grow strongly this year. China is forecast to grow by over 8 per cent (on top of 2.3 per cent growth last year). According to the IMF, the Indian economy could grow 11.5 per cent this year (after a 4.5 per cent fall in 2020). By comparison, the UK economy should recover just 4.5 per cent, having declined 10 per cent last year. The US is forecast to grow 5 per cent after a 3.4 per cent fall in 2020.

Wider global growth will also bring benefits. Demand for Chinese manufactured goods and Latin American minerals is rising, as illustrated by the copper price nearly doubling during the past year. 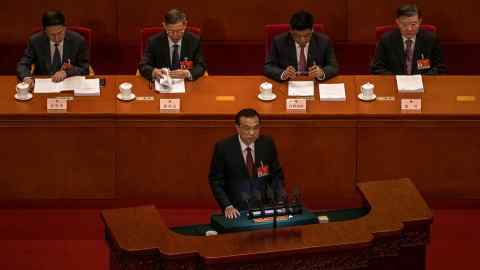 Yet this may not translate into investment success. Emerging market indices have performed relatively poorly so far this year. The Shanghai market in sterling terms is down nearly 5 per cent and Brazil down nearly 10 per cent, while the UK FTSE is 4 per cent higher and the S&P 2.7 per cent higher.

The Chinese market may be suffering from investors thinking it lacks recovery potential. After all, it did not really collapse. Indeed, during the recent National People’s Congress there was talk of cooling the economy, because it was growing too vigorously. Such conventional economics led investors to sell: they preferred the promise of massive spending regardless of inflation, which seems popular in developed markets. These are odd times in which to invest.

Brazil highlights another of the key risks of emerging markets — politics. The nation has had a tough time with the pandemic, and last month its controversial president, Jair Bolsonaro, replaced the head of state oil company Petrobras with an army general. Investors in Petrobras have lost nearly 20 per cent of their money in local currencies and 25 per cent in sterling terms, despite oil prices rising rapidly.

On that same trip to Bangladesh we also visited Myanmar. We were one of the first visitors to their exchange. A local guide proudly brought out the set of rules that governed it — the London Stock Exchange rule book from 1938. He explained that the exchange was open for an hour before lunch five days a week. There were no stocks then listed. In light of the coup in January, I do not imagine I will be heading back for an update.

Those seeking emerging markets in the traditional sense arguably need to look at “frontier markets”. Vietnam, though continuing to run a communist political system, is steadily developing its equity market. Thai markets are well established and Cambodia also has ambitions.

The Middle East and east Africa continue to see economic growth driven by young populations. Here, oil companies dominate the indices alongside the banks and engineering companies that supply them, making it difficult for any investor to access the underlying domestic economic potential. Meanwhile, eastern European markets have been developing in Ukraine, Romania and Bulgaria and are slowly attracting a broader range of companies.

One country I would hurry to visit when it opens is Cuba. It could be a great emerging market, but you need to beat the Miami investment professionals to the best opportunities.

You may decide in the end that you want exposure to both emerging and frontier markets. There are better experts than me in both areas. I would just say — make sure you understand what you are buying. And if it’s the latter, take a good guide and plan for a long journey. In other words, invest in a fund run by a specialist and be a long-term investor.