Ian Burrell, co-founder of rum brand Equiano, is in an optimistic mood. In recent years, with the explosion of the depth and breadth of premium spirits on the market, drinks enthusiasts have become more interested and informed on all things gin, vodka or whisky. Until now, rum has struggled to become part of the conversation. But, as Alice Lascelles eulogised in her November HTSI drinks column, thanks to the introduction of new premium rums, the landscape is changing. “People are starting to understand the value of these rums compared to the whiskies of this world,” Burrell says, grinning.

Conceived in 2018 by Burrell, along with Oli Bartlam, Aaisha Dadral and Amanda Kakembo, Equiano (£49.95 a bottle) holds the title of the world’s first African and Caribbean rum. Burrell’s co-creation follows his long association with rum; he started off as a bartender while pursuing careers in music and basketball. In 1997 he was signed by Jamaican rum-makers J Wray and Nephew to be the UK brand ambassador, and in 2007 founded the UK drinks festival RumFest. Of his ambassadorship, Burrell says: “I knew that every bottle of rum I helped to sell would be money going back to the home of my parents. I knew that the person manning the gate at the distillery was being kept in their job,” he enthuses. “The whole industry was based on the selling of that rum internationally.”

Equiano, however, is notably made at Grays distillery in Mauritius, and in the renowned Barbadian distillery Foursquare. As a 100 per cent natural blend, it has no spices, additives or added sugar in its batches. The result of this cross-continent purism is a warm, smooth award-winning drink with citrus notes, flashes of anise and hints of oak.

Burrell wonders why rum of this calibre hasn’t received huge amounts of attention. His guess: lazy arithmetic and misconceptions. Barrels of spirits aged in Scotland lose 2 per cent of their volume every year through evaporation; the same barrel in Jamaica loses 6 per cent due to the climate. In practice, this means that spirits in Jamaica mature at three times the rate of spirits in Scotland, he says, but people are fixated on the idea that age means quality. “Until more people understand [the comparison], we’ll continue to feel that older is better,” Burrell argues. “But it’s not about age, it’s about maturity.”

The ambition for Equiano goes beyond challenging fallacies on the relative quality of rum. There is a grant-giving fund, The Equiano Rum Co Foundation, that pays homage to the brand’s namesake – Nigerian-born writer, entrepreneur and abolitionist Olaudah Equiano – by giving 5 per cent of profits, and £2 from every bottle, to initiatives furthering freedom and equality for all.

“I’ve always seen rum as a connector of people,” concludes Burrell. Recalling the cultural and bonding role moderate social drinking played in his household growing up, he says: “It seems romantic, but if we did more of that now rather than staying glued to our phones, the world would be a better place.”

Explore the series
READ MORE
The Kudos Project: happiness in a cushion, from a Gambian asylum seeker 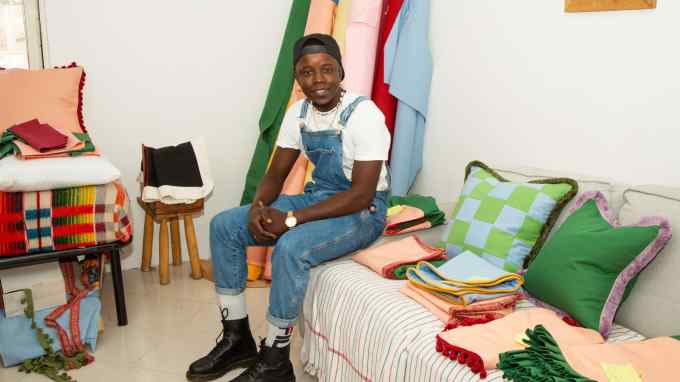