Glasgow, once a heavy steel and shipbuilding city, seems an unlikely place to find scientists hoping to build satellites with groundbreaking potential — but the city is home to companies at the centre of efforts to miniaturise and democratise space exploration.

The foundation in 2005 of Clyde Space marked a new era for aerospace companies, not just in Scotland but in the UK and Europe, too. The group designs CubeSat satellites that typically weigh 4kg. CubeSats can do anything from monitoring the health of oceans to investigating potential for mining on asteroids.

Clyde Space also worked with the UK Space Agency to design and build UKube-1 — Scotland’s first satellite, which was launched in 2014 from the Baikonur cosmodrome in Kazakhstan. This helped to trigger a substantial advance in the performance and reliability of small satellites.

The company is currently building 12 satellites for six missions but by 2020 it hopes to be producing constellations of 50-100 small satellites which will work as networks in space. Chief executive Craig Clark says these developments will expand the boundaries of small spacecraft applications. “There is a significant momentum with the small satellite industry, and the investment going into dedicated small satellite launch capabilities and applications,” he says.

Pioneers such as Clyde Space and Alba Orbital, another Glasgow company in the small satellite market, are leading Europe’s effort to compete with US groups in this field.

In Seattle and San Francisco respectively, industry heavyweights such as Spaceflight Industries and Planet Labs have tightened the US grip on the small satellite sector.

Some, though, recognise that Europe has potential.

Spire Global started in San Francisco in 2012 and develops nanosatellites that are used by various industries for tasks including tracking ships at sea and weather forecasting. (Nanosatellites weigh between 1kg and 10kg.)

After achieving success in the US, Spire opened a centre in Glasgow and now plays a leading role in spacecraft manufacture in Europe. It sends between four and eight satellites into space each month.

The company’s experience in Scotland defies the critics who question the availability of resources in Europe for the small satellite market.

Mr Platzer says: “There’s a mixed perception about the availability of talent between San Francisco and Scotland.”

Figures from a 2016 report by consultancy London Economics for the UK Space Agency on the UK space industry indicate that Mr Platzer’s confidence is well founded: in 2014-15 the total income of the UK space industry reached £13.7bn, equivalent to 6.5 per cent of the global space economy. The government’s aim is to take 10 per cent.

Greg Sadlier, co-author of the London Economics report, says the small satellite market could allow the UK to accelerate rapidly or, as he puts it, “jump to warp speed”.

For Mr Sadlier, the European space industry’s “potential for disruptive innovation” and “largely commercial orientation” of nanosatellites are important in maintaining progress.

Several obstacles are limiting innovation in Europe, however.

One drawback is that the continent lacks its own dedicated launch sites and has to outsource its missions to countries such as the US and Kazakhstan.

There is a proposal for UK-led commercial space flight, which would involve the launch of small satellites from the British Isles, most probably the remote A’Mhoine peninsula in the north of Scotland.

This project, however, is under threat because the UK government is proposing to remove a cap limiting operators’ liabilities in the event of accident to €60m per satellite. Without a cap, any payouts could be too costly — and lead to companies looking outside the UK.

Clyde Space’s Mr Clark believes such barriers will hinder start-ups from realising their potential and says that if Europe is to continue developing its space industry, incentives will be needed to facilitate launches there.

He says: “There is a need for more launch providers to offer customers more choice, especially since projections indicate over 2,000 nanosatellites will require a launch from 2017-23.”

Europe could learn lessons from the greater sense of trust that exists in US private-public sector relationships.

In 2016, Spire was awarded the first commercial weather contract from the US National Oceanic and Atmospheric Administration.

Using a constellation of satellites, Spire is to provide the agency with data via a complex process called GPS radio occultation. This allows the company to collect information on atmospheric parameters such as temperature and humidity thousands of times per day, giving highly accurate readings about the weather.

For Mr Platzer, the US government’s history of taking advantage of the capabilities of the private sector is something Europe could embrace.

“[The administration] went from being uncertain about the capabilities of the private sector to awarding the first contract within 12 months,” he says. “Principally, I don’t see why this won’t happen in Europe either.” 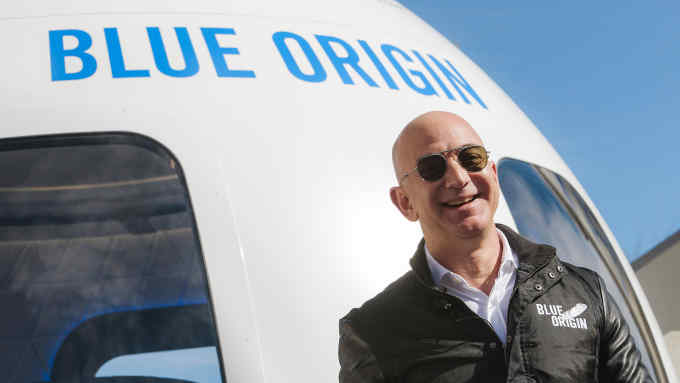