We use cookies (opens in new window) for a number of reasons, such as keeping FT Sites reliable and secure, personalising content and ads, providing social media features and to analyse how our Sites are used.
Manage cookies
Accept & continue
Special Report Watches and Jewellery: September
See all 8 stories
Watches & Jewellery Luxury goods

When Silas Walton launched his second-hand watch business from the sitting room of his London flat in 2014, he started with £10,000 worth of stock from a dealer’s unsold inventory and managed to shift it for a worthwhile profit within a couple of months.

Just six years later, Mr Walton’s e-tailing site A Collected Man has surpassed £25m in sales of pre-owned watches and, with a quarter of the year remaining, has already exceeded last year’s turnover of £9.5m — helped, in part, by the global boom in internet shopping resulting from the coronavirus pandemic.

Coronavirus aside, Mr Walton’s timing in launching his site could not have been better, as it presaged a dramatic upsurge in sales of second-hand “hard luxury” (mainly jewellery and watches) which, according to data compiled by consultancy BCG, is expected to grow at an average of 8 per cent year-on-year until 2023.

BCG says watches dominate the segment, accounting for 75 per cent of a market estimated to be worth €21bn annually. However, it predicts sales of new luxury watches will have dropped by up to 50 per cent by the end of 2020 compared with last year, with further falls of 25 to 35 per cent next year and at least another 15 per cent in 2022.

“There are several drivers working to make the pre-owned watch market as buoyant as it is,” says Sarah Willersdorf, BCG’s head of luxury. “The effects of the pandemic have certainly been a factor in terms of internet sales, but the trend is also to do with a lower discretionary spend resulting from the current economic cycle and a general shift in consumer sentiment. People want to get the most for their money, and there is also a sustainability angle that is especially appealing to younger consumers,” says Ms Willersdorf.

None of this was why Mr Walton set up A Collected Man — which he originally called Watch Xchange. Instead, he focused on a lack of options for sellers, and the cynicism with which many pre-owned watch dealers regarded the internet. “At the time, I knew very little about watches and owned only two, a Cartier Tank and a Longines chronograph, both of which I had bought from Selfridges with my first pay cheque earned as a lawyer for a private equity fund,” recalls 33-year-old Mr Walton.

While other areas of the luxury market had embraced the internet, the pre-owned watch sector was very much following at the tail-end because the majority of dealers were reticent to go digital

“It was only later, when I tried to sell them, that I realised how few options were available — it was a case of taking a big haircut by going to a dealer,
gambling on the risks associated with selling through a platform such as eBay, or consigning to a traditional auction house which would charge a hefty commission.

“I also noticed that, while other areas of the luxury market had embraced the internet, the pre-owned watch sector was very much following at the tail-end because the majority of dealers were reticent to go digital — despite the fact that there was clearly an inexorable trend towards sales moving in that direction.”

Mr Walton says his idea of selling used luxury watches online was met with widespread derision from established members of the trade many of whom, he says, still refuse to believe the business model is sustainable.

The growth of A Collected Man suggests otherwise. So does the fact that the site — which sells a mixture of watches taken on consignment for private owners and others that are owned by Mr Walton’s business — has recently sold two watches for more than £1m apiece (one by the late watchmaker George Daniels called The Blue, and a Philippe Dufour Duality).

Mr Walton attributes the dramatic rise in the pre-owned market to a number of factors, among which is the realisation among buyers that current model watches can be bought in as-new condition for significant savings over retail prices. Some models from the late 1990s and early 2000s which were once overlooked — such as those by Roger Dubuis and Franck Muller — are now being recognised for interesting aesthetics, high quality movements and exceptional levels of finishing.

With long waiting lists for certain sought-after models, impatient buyers are turning to e-tailing sites such as Chronext and Chrono24 where verified dealers and private owners can advertise both new and used watches.

In 2018, the luxury goods group Richemont — owner of an extensive portfolio of watch brands including Panerai, IWC, Cartier, Vacheron Constantin and Jaeger-LeCoultre — surprised the industry by buying second-hand sales platform Watchfinder & Co. The UK company, which began as a small-scale start-up in 2002, had developed into a business with a turnover of £120m per year.

The specialist watch departments of both international and regional auction houses are also doing well, thanks to the growing appetite among consumers for pre-owned timepieces, with lockdown leading to an accelerated move to online auctions and buyers embracing the gradual return to traditional, in-room bidding at auction.

Phillips, the auctioneer, pushed ahead with its flagship Geneva sale in July and attracted 2,000 bidders from 70 countries, with every one of the 210 lots on offer finding a buyer — resulting in a take of more than SFr30m (€28m) from the sale. 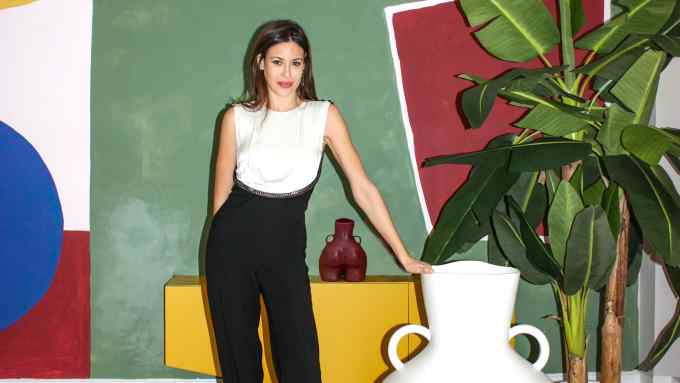