On Bastille Day 2015 François Hollande unearthed an old plan for the eurozone: give it a finance minister, a parliament and a shared budget. Angela Merkel balked at the idea and within weeks the French president’s proposal was buried.

Two years on, Emmanuel Macron, France’s new president, is touting the same idea to the same German chancellor — and gaining a much warmer reception.

The single currency is just one area where France is making a renewed push for EU reforms and finding it is not being rebuffed. Within a month of succeeding Mr Hollande the Europhile Mr Macron has loosed off a volley of ideas in the fields of security, trade and the single market.

“French swagger” is back, says a senior EU diplomat as Mr Macron prepares to participate in his first summit of EU heads of state, starting in Brussels on Thursday. A Paris-based EU diplomat says: “We marvel at this renewed self-confidence.”

Not all the French ideas are welcome — proposals to raise trade barriers and tighten labour rules in a way that would hit central European workers have raised concerns. But EU members are at least lending a more attentive ear.

The mood contrasts with the Hollande era, when wrangling over France’s missed deficit targets and the president’s initial muscle-flexing stance towards Germany, which he accused of imposing austerity upon the continent, undermined Paris’s credibility. EU leaders also appreciate that Mr Macron is not “going all guns blazing” in the manner of the hyperactive Nicolas Sarkozy, Mr Hollande’s predecessor. 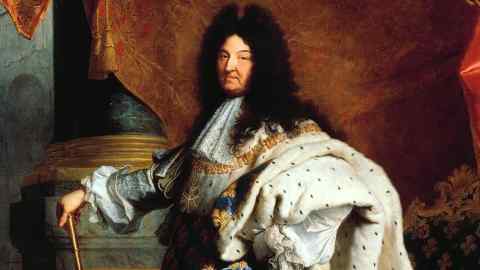 Trust has come more naturally with Mr Macron, who has not shied away from his pro-EU beliefs and travelled twice to Berlin during his presidential campaign, hoping to rev up the Franco-German engine that has always been crucial to European reform.

His victory over Marine Le Pen, leader of the far-right National Front, has triggered relief, while his apparent resolve to overhaul France’s labour market and his commitment to meeting eurozone deficit rules have silenced sceptics in Brussels.

“There’s a warm welcome and benevolent attitude towards the French president,” says Pierre Moscovici, EU economic commissioner and a French economy minister under Mr Hollande. “Ms Merkel’s reaction on the eurozone suggests France’s ideas are taken seriously. There’s definitely a window of opportunity to implement them.”

Fellow EU members are listening to Mr Macron as they see the need to build bulwarks against instability outside the bloc. The UK’s plan to leave by 2019, a US president intent on challenging the rules-based international order, Islamist terror attacks and increased migratory pressure are forcing the EU to regroup, diplomats say.

“We always thought that the Anglo-Saxon world was simpler,” a German diplomat says. “Now just as we have Macron in France, there’s Donald Trump in the US and instability in the UK. This provides a favourable environment for Macron and for the EU as a whole.”

Some of Mr Macron’s initiatives are already ruffling feathers, however, as EU leaders realise he is no full-on free-marketer but instead another French leader with interventionist leanings and a need to respond to populist pressures at home.

“Some of Macron’s initiatives on trade and screening of foreign investments are very French, they do not represent the European consensus,” notes Gilles Moec, an economist at Bank of America Merrill Lynch.

Brexit
Brexit one year on 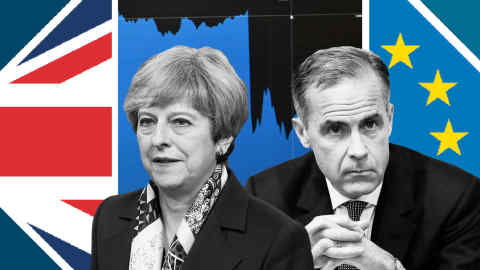 Stressing some of the adverse consequences of globalisation, Mr Macron wants more protective policies on trade and foreign takeovers and a tightening of the rules that let companies hire cheaper workers and post them to richer countries in the single market. Analysing why UK voters chose to exit the EU, Mr Macron told seven European newspapers on Wednesday: “What did Brexit play on? On workers from eastern Europe who came to take British jobs . . . The British lower middle-class said: ‘Stop!’”

Poland, the main source of so-called “posted workers”, is hostile while northern European countries are ready to oppose measures to limit foreign takeovers or other steps they see as protectionism. “The EU doesn’t want to be part of that phenomenon,” a senior diplomat said.

But with the UK leaving the bloc there are signs the free-trade consensus is shifting slightly, even in Berlin — which remains pivotal to any pan-European change of policy. “In Germany not so long ago, the mere fact of having protective tools was seen as an attack on free trade. Now there’s a growing sense that these tools are worth having even if it doesn’t mean using them,” the diplomat said.

Ultimately the benevolent mood towards Mr Macron will depend not on words but on deeds — as Mr Moscovici notes, on his record in passing domestic reforms and keeping the French deficit within the rules.

“For him to be credible in all this, there is an elephant in the room: he has to change France first to be able to change Europe,” a Brussels official says. “If he becomes Hollande Mark Two, no one will take him seriously.”

Get alerts on Angela Merkel when a new story is published