How Airbnb has lost its soul 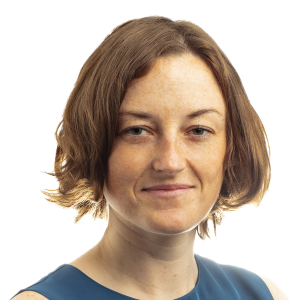 It was the summer of 2008 in San Francisco and a small company called Airbnb had a dream. People with spare bedrooms would welcome strangers into their homes and share their restaurant recommendations with them for a small fee.

Fast forward to 2016 and the now quite big and successful Airbnb is considered one of the mainstays of what we have come to call “the sharing economy”. It is also, in every article written on millennials, the business that defines the mentality of a generation.

Why? First, because it has subtly commoditised the “unique” experience. It offers people a way to feel both spontaneous and that they are somehow circumventing the world of big business. The word that Airbnb uses to describe the kind of holiday its users might have is “authentic”. “We make it easy for you to get to know hosts,” boasts the website, picturing a smiling lady with a half-chopped cucumber.

But Airbnb has lost its soul. No longer is it just about one human sharing their home with another. Something quite annoying has happened: companies offering property management services have emerged to help hosts get the best deal for their rooms. This is great news for hosts, but bad news for everyone else. It is also something of a reversal of one of the principles that first made Airbnb different — disintermediation.

Along with low cost and singularity of experience, disintermediation is one of the big themes of the Airbnb business model. Here is an accommodation provider that owns no property; it merely connects homeowners with holidaymakers.

Look at the London listings and you’ll find there’s an apartment squirrelled away behind the St Pancras clock tower. This is not the sort of thing a hotel can offer you — and the appeal of it is the illusion that this is something money can’t buy. But guess what? If you pay a man called Peter £150 a night you can stay there, because it’s his home.

This is a relatively high price for properties on the site: the cost of staying in an Airbnb is typically low because people are using spare capacity. By definition, there is no break even to be met. Whereas this month the average price of an Airbnb room in London is £86 per night, the average cost of a hotel room is £130.

Airbnb is also about deprofessionalisation. The temporary accommodation industry is no longer about Mr Ritz marketing his ample suites to the profligate. It’s about Jerry from Barnet and his mad Princess Diana-themed bedroom.

This causes problems. It’s not great for Jerry if his spare bedroom — or even his entire house — becomes the location for someone’s bacchanalian revels. On the other side of the bargain, guests are understandably wary of finding themselves staying in the home of someone who turns out to be a knife-wielding maniac. Airbnb’s answer to these concerns is “trust”. Airbnb, according to its website, is “built on trust”. It proudly adds: “Trust is what makes it work”.

There have been stories of guests trashing the joint. When responding to these cases, Airbnb typically says it has “zero tolerance for this kind of behaviour”. But the point is that it can’t predict human behaviour in any meaningful way and it certainly can’t prevent unpleasantness — or worse — from happening. The company does operate an insurance policy of sorts for your possessions, called the $1m host guarantee. Because, as Airbnb puts it, “you’re part of the Airbnb family, and we stand by our family”. Elsewhere it reminds users that being a host on Airbnb is about “so much more than money”.

But Airbnb does make money. And it has a problem in that the demand for rooms to rent outstrips supply, so to continue making money it needs to persuade homeowners to host more often. It recently tried to adjust its pricing structure to make hosting more lucrative. Time will tell if this works, but in the meantime, there is another answer in the form of a brand new phenomenon: Airbnb estate agents.

In Los Angeles there is Pillow, in San Francisco there is Guesty, in New York there is Happy Host — and now in London there is Airsorted. You may have seen their advertisements on the London Underground. Much like the property management arms of estate agents, all of these companies offer services for lazy hosts who don’t have the time to welcome guests or change the sheets. Much less if they have multiple properties — and the British Hospitality Industry estimates that 40 per cent of Airbnb hosts in London are marketing more than one place.

Airsorted promises to “make more money” for hosts. This is not a new aim. Scott Shatford, founder of another property management company, who describes himself as “a professional” Airbnb host, has written a book on the subject, called “The Airbnb Expert’s Playbook — Secrets of a Six-Figure Rentalpreneur”.

But Airsorted says it has a competitive advantage over people marketing rooms themselves because it has data analytics systems that work out the maximum price it can charge and has hired a team of commercial analysts to solve the problem too. Its business model? It takes a 12 per cent cut of the rent.

Why are people so happy to give over such a potentially hefty slice of the rental income? Because they don’t really want disintermediation. They’d rather have a more complicated supply chain in which experts calculate the optimum price, push for more rent and deal with tiresome property issues.

Will this re-intermediation push up the price of an Airbnb room? Almost certainly. In February Airbnb published a report called “Discover Greater London: The Impact of Sharing an Authentic London”. Although it uses the language of a public authority — it is an “impact assessment” — this is actually an advertisement. A key boast is that the number of guests staying in outer London boroughs has more than doubled in many cases.

One of the hallmarks of the London rental market is the creep of young renters to the outer London boroughs as inner London boroughs become more expensive. So if anything, this shift to the suburbs is testament to the rising costs of short term rental. “London boroughs like Hillingdon and Barnet are trending over Westminster and Kensington,” it says — but that’s just another way of saying Airbnb users like a good old-fashioned low-cost option. It’s probably not about Barnet being the next Shoreditch.

The market is maturing. Or rather, regressing into its former intermediated state. Is this an economic problem? No. Is it a brand problem? I think so

Airbnb is understandably keen to maintain that its hosts are not all just professional hoteliers or buy-to-let landlords cynically using the Airbnb brand as a distribution tool — it says the majority of its hosts are freelancers or work in creative industries (maybe a rentalpreneur would call themselves a freelancer?). It describes the “countless families” for whom home sharing is an economic lifeline.

The British Hospitality Association takes a dimmer view. Although it “welcomes the opportunities the sharing economy brings to owners letting their homes from time to time”, it does not like the idea of “illegal hotels” using platforms to “circumvent regulations and tax”. Then it goes in for the kill: “‘Sharing’ has become big business with ‘hosts’ acting as ‘landlords’ in all but name”.

The market is maturing. Or rather, regressing into its former intermediated state. Is this an economic problem? No. Is it a brand problem? I think so. There seems to be little to prevent Airbnb turning from being a low-cost accommodation provider beloved of young travellers to a ragtag property empire administered by the future Foxtons of the short-let world.