Investors say measures after levelling of 46,000-year-old shelter in Western Australia are insufficient

Rio Tinto will cut the bonuses of its chief executive and other leaders following an internal review of the miner’s destruction this year of a 46,000-year-old Aboriginal site.

The Anglo-Australian group said on Monday that Jean-Sébastien Jacques and two senior colleagues bore “partial responsibility” for company failings that led to it blowing up the Juukan Gorge caves.

Rio said it would act to strengthen its board oversight, governance and heritage protection functions following the incident.

However, the results of the board-level review signal that it is unlikely anyone will lose their job despite a backlash from investors, politicians and local communities.

“It is clear that no single individual or error was responsible for the destruction of the Juukan rock shelters, but there were numerous missed opportunities over almost a decade and the company failed to uphold one of Rio Tinto’s core values — respect for local communities and for their heritage,” said Simon Thompson, Rio chairman.

Does the company feel that £4m is the right price for the destruction of cultural heritage?

Mr Jacques and fellow executives Chris Salisbury, head of iron ore, and Simone Niven, head of corporate relations, will lose a total of £4m from their bonuses.

Rio’s decision to publish the findings of its internal probe may not satisfy investors, who have called for accountability over the destruction of the caves in Western Australia to access a A$135m (US$96.8m) iron ore deposit.

“The company should explain why greater accountability was not applied in light of this disaster,” said Louise Davidson, chief executive of the Australian Council of Superannuation Investors, whose members manage A$1.5tn in assets.

“Remuneration appears to be the only sanction applied to executives,” she added. “This raises the question — does the company feel that £4m is the right price for the destruction of cultural heritage?”

Ms Davidson said an independent review would have given investors more confidence that the measures taken were “appropriate and proportionate”.

The Responsible Investment Association Australasia, which represents members with A$9tn funds under management, said the measures announced on Monday did not go far enough. 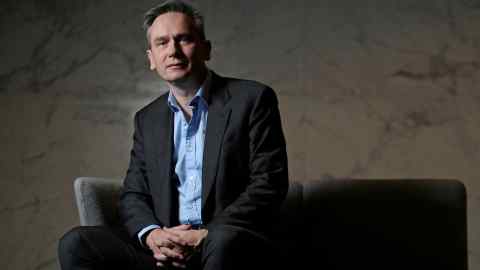 “There is an expectation that the response by the company is commensurate with the significance of this failing. To date, I don’t think there is a belief by investors that this is the case yet,” said Simon O’Connor, RIAA chief executive.

The review, conducted by Rio director Michael L’Estrange, concluded that while the miner had obtained legal permission to destroy the Juukan Gorge caves, the decision to do so fell short of its own commitment to respect local communities and their heritage.

It found systematic failures on the part of its business responsible for heritage management at its Brockman 4 iron ore mine in the Pilbara region.