In 1980s mainland China, everything “Hong Kong” was coveted: its fashion, its books, cassette tapes of its music.

Its education was, too. Mainland Chinese students began flocking to Hong Kong universities after economic reforms were instituted, particularly in business and finance. Non-Chinese foreigners also began seeking business education in the then British colony as it sharpened its status as an international finance hub.

Now, however, China’s economic impetus has swung to the mainland. As a result, more students are opting for a mainland education, with which they can build the personal and professional connections that are so valuable in business.

“While Hong Kong continues to enjoy a global reputation for finance, mainland Chinese business schools are becoming more attractive due to the rise of Shanghai that now rivals Hong Kong as the business and finance capital of the wider region,” says Mike Bastin, a senior teaching fellow at the University of Southampton, and visiting professor at China’s University of International Business and Economics.

To incorporate a genuine “China element” in their curriculums, business schools aim to offer more internships for mainland Chinese companies, as well as guest lectures from mainland-based managers.

Mr Bastin encounters more Chinese students wandering further inland to smaller cities, eager to understand local conditions. “The allure of Beijing and Shanghai appears to be fading in preference for rapidly developing second-tier cities, where business opportunities are perceived to be far more attractive,” he says.

Mainland business schools are working on building institutional research on business specific to China to set themselves apart from their Hong Kong peers, much along the lines of Harvard Business School’s famed case studies.

“The first generation was to essentially adopt this business model of leading business schools in the west and applying them to China,” says Xiang Bing, the founding dean at the Cheung Kong Graduate School of Business, which has its headquarters in Beijing.

“As part of the second generation . . . [CKGSB] wanted to generate some proprietary insights about China business and how Chinese companies go global.

“The business environment and the relationship between state and business is very different . . . so there was a need for this proprietary research and insight into those issues.”

Moreover, mainland schools are catching up with their older Hong Kong peers in competitiveness and quality, another incentive to mainland students to stay at home for an MBA education.

“When [Hong Kong programmes] were new, they were special,” says Denis Simon, executive vice-chancellor at Duke Kunshan University, a joint venture campus that offers its own masters in management studies degree. “Now that they have been up and running, there’s a sense that we have some better options. The market is squeezing them out.”

But for Chinese students seeking a more international experience, a Hong Kong school is still a cost-effective option — if they can get in.

“We try to strike a balance [in admissions] even though we could fill an entire class with students from the mainland,” says Tam Kar Yan, dean of the Hong Kong University of Science and Technology’s business school.

The real bottleneck to growth, he says, is not from student recruitment but hiring. The hunt for teaching talent has left his school unable to offer places to all the students it would like to accept.

“We have to recruit professors,” says Prof Tam. “Particularly in hot topics like fintech and business analytics, there is a worldwide shortage of professors who can teach these subjects authoritatively. They are in hot demand worldwide.”

Hong Kong universities attracted more mainland students by forming hundreds of joint venture programmes with mainland schools. Maintaining the educational quality of these programmes as they rapidly proliferated, however, has been a challenge.

A cull this year of more than 230 joint venture partnerships between Chinese and foreign universities closed 21 Hong Kong partnership programmes. Among those closed for financial mismanagement, low enrolment or curricular quality were a joint masters programme in dental care between Hong Kong University and Peking University, and a masters in supply chain management between the Chinese University of Hong Kong and Beijing’s Tsinghua University.

More top-notch business schools across greater China means that competition for the best and brightest MBA candidates has risen. DKU’s Mr Simon says mainland provincial governments have also done a better job of combating a history of brain drain by promoting a form of “local protectionism”.

“In various cities with universities, they want to attract the best students from that city to stay,” he says. “They set up a first-bat, second-bat system where the local students are given an option to pick a local university out of the gate, so they are already confirmed and therefore they don’t have to take a gaokao,” adds Mr Simon, referring to the gruelling national university entrance examination. 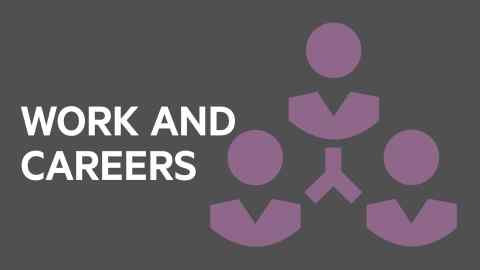 Increasingly contentious politics between the mainland and Hong Kong may be an unpredictable factor that further complicates enrolment at Hong Kong business schools.

In 2015, mainland applications at Hong Kong universities fell a precipitous 40 per cent, according to Hong Kong school data. The reason? The year before, a student-led protest movement against mainland Chinese governance began. Dubbed the Umbrella Revolution, it has continued, dividing Hong Kong’s campuses and leadership.

But this year, HKUST’s Prof Tam says he has seen a “quiet jump” in MBA applications from mainland students, which were up 19 per cent at HKUST alone. A growing trade war between the US and China has pushed more mainland students away from US schools to those in Hong Kong.

“If mainland students are concerned about career prospects, it helps that they graduate from an overseas business school, but with the difficulty of getting a [US] visa, they will explore other options,” says Prof Tam.

“Hong Kong provides them with a good option. There is no visa restriction and we are very international.”