Goldman Sachs, Citigroup and JPMorgan Chase all welcome their summer cohorts this week and will seek to capture the essence of one of Wall Street’s oldest rites of passage — in a world where interns cannot step foot in their offices.

The coronavirus pandemic has disrupted the traditionally immersive — and highly-competitive — experience of banking internships, where eager twenty-somethings learn technical skills and get hands-on experience, all while trying to convince senior executives to hire them full-time.

This summer’s internship season has been redesigned with working from home in mind. The length of these paid programmes has typically been halved from 10 weeks to five, and novel elements introduced such as teaching remote working techniques, crash courses on how to come across well on video calls and guidance on dress codes for the Zoom era. Goldman Sachs is even offering its interns picture cards with sartorial suggestions.

Meanwhile, the team building exercises such as wine tasting and scavenger hunts that once took place in person will now be conducted virtually.

The 2,200 interns joining Goldman virtually this week will be given hourly schedules, including “one-on-one” encounters with bankers spanning everything from mentoring chats to 30-minute virtual job shadowing sessions, which interns at Goldman’s markets division will do several times a day. These will allow them to see a trader’s screen as they work, while simultaneously video chatting with the trader to learn why they are putting on positions.

“[Goldman’s management] are seriously committed to making sure this is a real-world experience,” said Ms Tung. Interns across the firm will spend more than 60 per cent of their time on “real work” — such as live deals in investment banking, or other assignments for the bank or its clients. The remainder of their time will be spent on training.

Ms Tung said the social side of the programmes was straightforward to recreate online, thanks to the array of technology available for hosting events such as virtual wine tasting and scavenger hunts. “All of those things we’re taking advantage of,” she said.

Citigroup has 1,500 interns starting its five-week global programme on Monday. Courtney Storz, Citi’s global head of campus recruitment, said the bank had been forced to “totally reimagine” the scheme during the pandemic.

This year’s plans include bonding sessions with peers, such as “virtual dinners where [interns] bring their own meals or cook as they go” and a virtual speaker series, which will include Citi chief executive Mike Corbat. Interns will wrap up their first day with a virtual panel discussion and performance by a group of actors from a hit Broadway show.

Ms Storz acknowledged that interns would spend less time working on real transactions than in typical years, partly because of difficulties in having them work on confidential material from home.

Citi is adopting a “sprint” approach so interns rotate through different desks and departments, which will ensure they “don’t get lost” in an area they “don’t enjoy”, said Lee Smallwood, the bank’s chief operating officer for markets and securities services for North America. In markets, that means working on a different asset class every week.

“We are in uncharted water,” said Dan Keegan, who heads Citi’s North America markets and securities services business. Nonetheless “the commitment to the [intern] group is to provide them with an apprenticeship that familiarises them with the business and allows them the opportunity to work with the different desks to better understand where the fit is longer-term”, he added.

Flexible working
‘We must harness the power of home working tech, not be slave to it’ 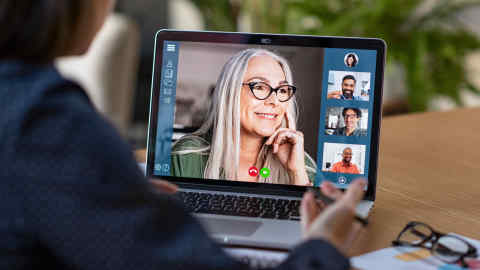 Citi has already committed to making offers to 75 per cent of its students globally, provided they meet minimum performance requirements. JPMorgan, which has about 3,000 interns globally, declined to comment on its plans. The bank told the Financial Times back in April that it wanted to “replicate every piece of what an internship would involve”.

Bank of America began its global virtual programme on June 15. More than 2,000 interns have spent the past month on sessions about careers in finance, professional development and BofA’s culture, as well as an online curriculum that includes some sessions with Cornell University. Some interns said that a virtual class meant they got to know a wider group of peers than they might have done in the traditional format, BofA said.

Meanwhile, Morgan Stanley, which hired 1,400 summer interns this year, started North America and Asia’s group on June 30, and those in Europe starting on July 6,* So far, the programme was “running seamlessly”, the bank said. And with this year’s intake unable to soak up the bank’s culture in person, a spokesman said it has sent them branded duffel bags, mugs and sweatshirts, to “make sure they felt the Morgan Stanley pride from afar”. 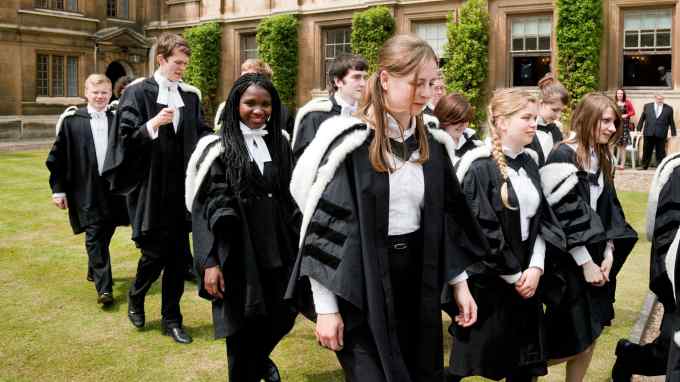