“There is change coming in the market. People want different things from the industry,” says the 60-year-old vice-chairman and former chief executive of Jupiter Fund Management. “I don’t think change has been particularly fast in our industry. But I think Covid is making people look at their financial affairs.”

The Covid-19 crisis has accelerated change by encouraging more private investors to turn to online platforms and by pushing some traditional investment advisory companies to speed up their adoption of new technology.

Behind these shifts are longstanding concerns from some customers about the fees levied by investment advisers and about the complexity of charging structures.

With the industry in flux, Mr Bonham Carter is taking on a new role as chairman of Netwealth, the tech-based investment platform. He takes over from Charlotte Ransom, the former Goldman Sachs partner who founded Netwealth in 2015 and has until now both chaired the board and run the business as chief executive. Ms Ransom, very much the company’s driving force, remains chief executive. 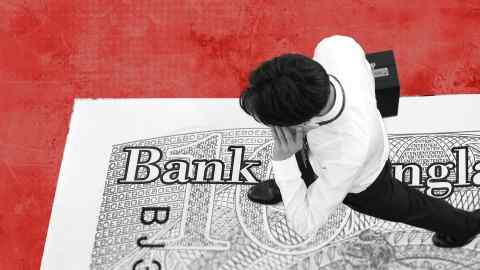 Mr Bonham Carter will step down later this year from the board at Jupiter, though he will retain a part-time role as chairman of both its stewardship and corporate and social responsibility committees.

He is already closely linked to Netwealth, as one of the company’s founder investors and as a non-executive director.

Netwealth has “had a good record” in the Covid crisis, he says, both in terms of its technology coping with customer demand and in terms of business. “Our clients stayed reasonably calm [when markets fell] and showed good sense in not panicking.”

The company says assets under management rose 40 per cent last year, due to increases in new clients and in assets held by existing customers. Clients’ portfolios registered gains of between 0.9 per cent and 5.7 per cent in 2020.

Netwealth targets a broad range of clients with a particular focus on well-off savers with liquid assets of around £500,000. Investors can divide their funds between up to seven pots with different levels of risk. Clients monitor and adjust their portfolios largely online but can speak to human advisers on request.

Mr Bonham Carter says that as Netwealth expands it is looking to acquire IFA companies to increase its access to clients and “broaden the business”. Netwealth has “looked at a number of firms” but not yet done any transactions.

Asked about the current state of the financial markets, he argues that judging when to invest is “always difficult” and cites JP Morgan to bolster his case. The legendary US financier was once approached by a young man who wanted to know what would happen to stock prices and Morgan reportedly replied: “I believe the market is going to fluctuate.”

Mr Bonham Carter says investors should take a considered approach, investing regularly over time with a 3-5 year perspective. You shouldn’t feel compelled to sell at short notice, he says. “A lot of investment is about rational commonsense and making sure you are well advised.”

He says “it’s reasonable to expect” that investment returns will be lower in the coming 5-10 years than in the recent past so investors should have “rational expectations” about the likely investment income that can be generated.

Inflation may be coming, he says, as this is a way for governments to reduce the real value of the huge debts accumulated fighting the pandemic. He draws a parallel with the UK government using inflation in the 1950s and 1960s in this way to reduce second world war borrowings.

But he warns that those decades saw good economic growth. He says that the problem today is that despite the big advances in technology, the rate of productivity growth is low. Also the population is ageing, so a smaller proportion will be at work, able to generate income in the economy.

As far as investment choices are concerned, he favours the UK stock market on the grounds that it is “looking undervalued”. He adds: “I have been saying this for some time. I have been too early on this. But I am optimistic about the UK. It’s going to do well as we come out of Covid and Brexit.”